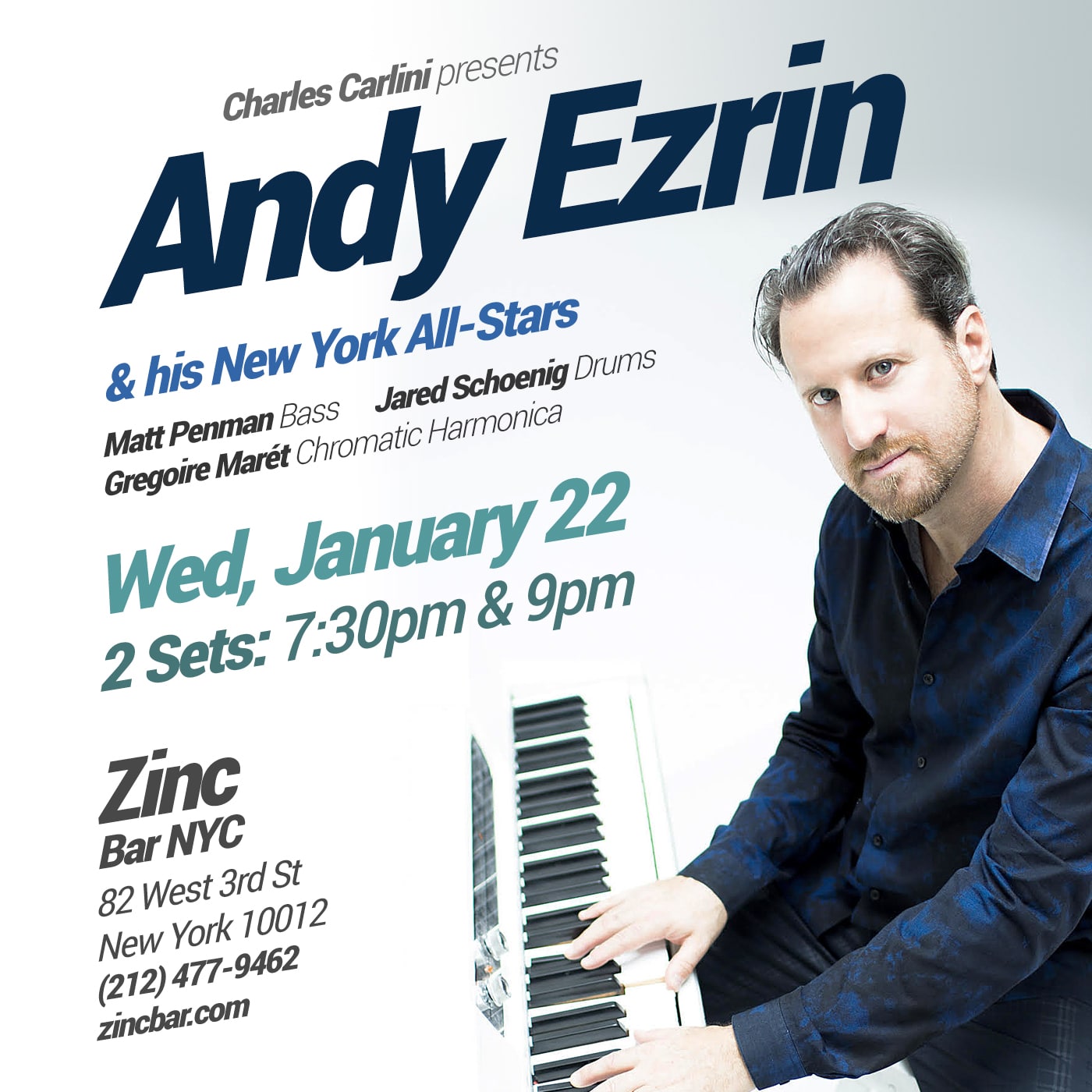 Multi Keyboardist Andy Ezrin was born and raised in the Boston area and began playing the piano at the age of ten. By age twelve he was playing professionally.

He studied at The Boston University School of Fine Arts, The Tanglewood Institute, Oberlin College Conservatory, and received his BA at the University of Miami’s Frost School of Music.

Andy has performed extensively around the world, recording and touring since 1989 with the Grammy award-winning vocal jazz group New York Voices where he has performed at major jazz festivals worldwide including Montreux, North Sea, Montreal as well as Live Under The Sky in Japan. He has also performed numerous times at Carnegie Hall (once as a featured soloist with New York Voices and the Count Basie Orchestra), Lincoln Center, Boston Symphony Hall (with the Boston Pops), The Hollywood Bowl, and at the United Nations.