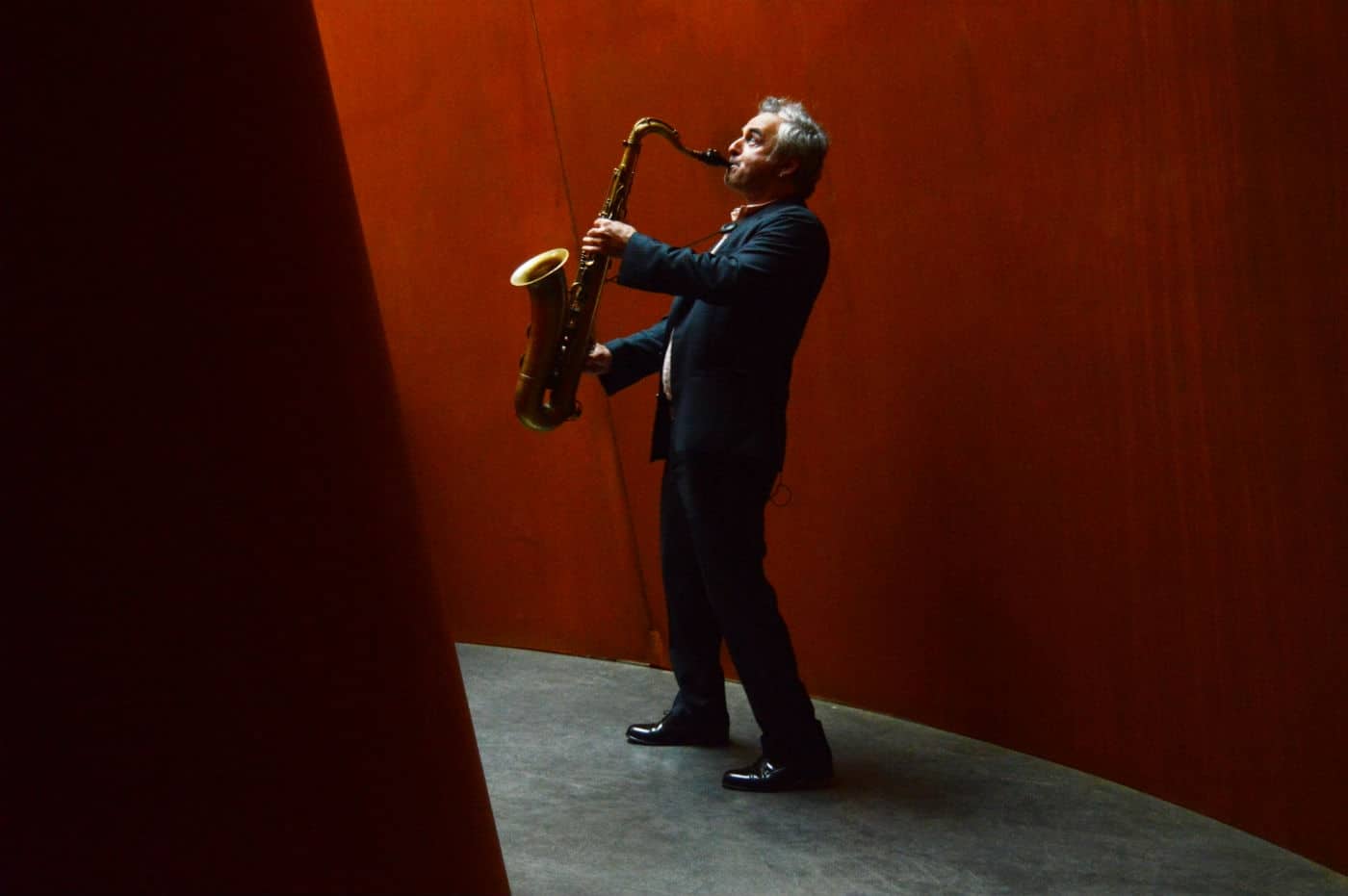 Avram Fefer’s new Clean Feed release, Testament, is the kind of project that excites and entices even on paper. First there’s Fefer, the saxophonist and composer who has been an important contributor to the adventurous New York scene for the past quarter- century, and whose collaborators have included Bobby Few, Archie Shepp, the Last Poets, Sunny Murray, Tony Allen, Reggie Washington, Roy Campbell and many others.
Joining him are two of his closest and longest-running comrades, who are also among the finest improvising musicians of their generation: Eric Revis, the powerhouse bassist whose experience boasts both the far reaches of the avant-garde and his veteran role as the anchor of the Branford Marsalis Quartet; and drummer Chad Taylor, a co-founder of the Chicago Underground ensembles and the percussive choice for visionaries like Pharoah Sanders, Peter Brötzmann and Marc Ribot.
Marc Ribot—the Downtown guitar stalwart and a coup for everyone from John Zorn to Tom Waits, Robert Plant and Elvis Costello—could properly be called Testament’s X factor. Following two acclaimed trio projects featuring Revis and Taylor, 2011’s Eliyahu and 2009’s Ritual, Fefer was interested to hear how Ribot’s inimitable presence might inform his unit’s telepathic, spiritually-informed chemistry, and how the guitarist might interpret the leader’s explorative yet groove-conscious original music.