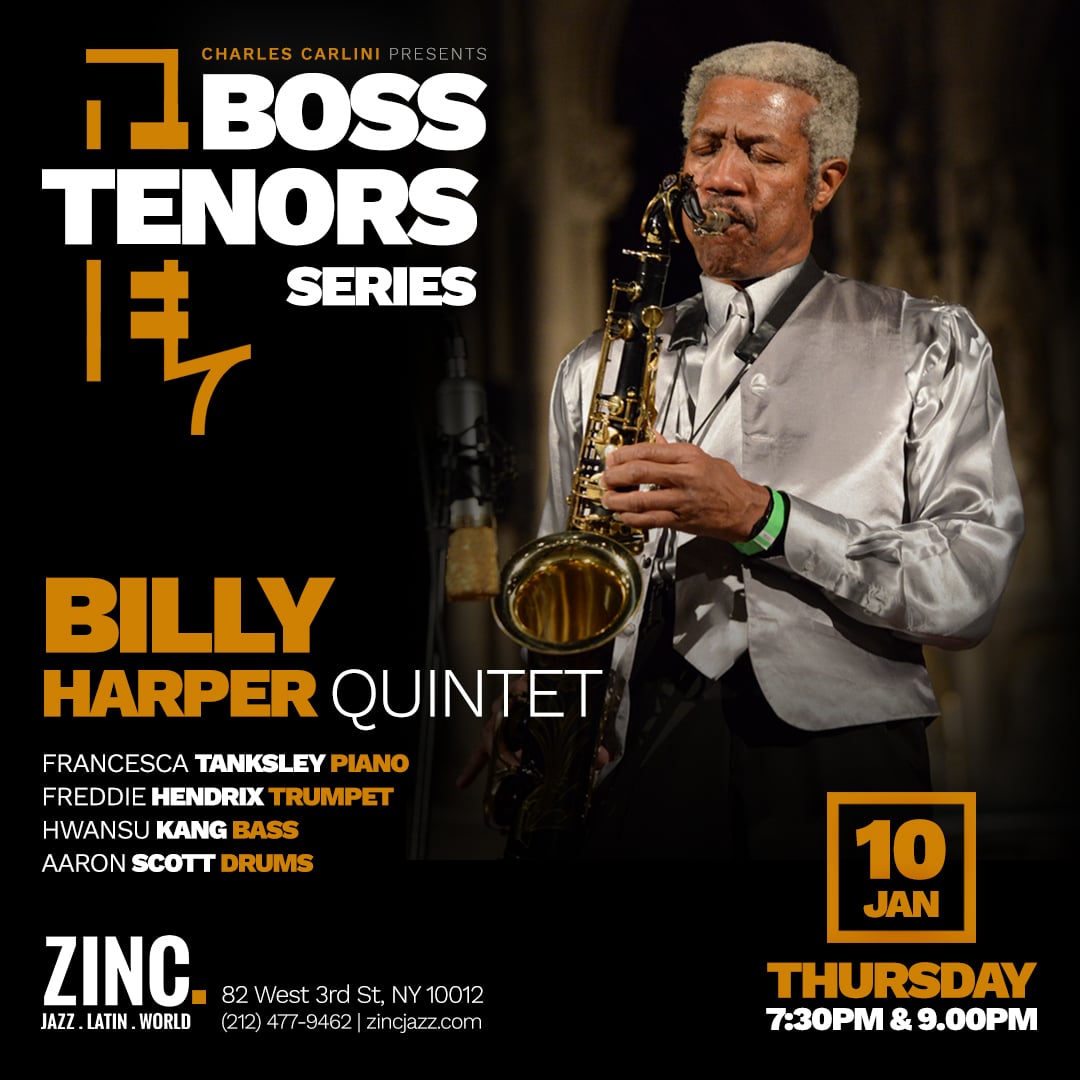 “one of the strongest tenor saxophonists of his generation.”
—The New York Times

Texas-born Billy Harper is “one of a generation of Coltrane-influenced tenor saxophonists” with a distinctively stern, hard-as-nails sound on his instrument.

Harper has played with some of jazz’s greatest drummers; he served with Art Blakey’s Messengers for two years (1968–70); he played very briefly with Elvin Jones (1970), he played with the Thad Jones/ Mel Lewis Orchestra in the 1970s, and was a member of Max Roach’s band in the late 1970s. He has also been a frequent member of Randy Weston’s ensembles, and in 2013 they recorded their first album as a duo, entitled The Roots of the Blues. Harper performed on Gil Evans’ 1973 album Svengali, and contributed two of the most-performed tunes in the band’s repertoire: “Priestess” and “Thoroughbred”.

Harper’s 1973 album Capra Black “remains one of the seminal recordings of jazz’s black consciousness movement–a profoundly spiritual effort that channels both the intellectual complexity of the avant-garde as well as the emotional potency of gospel.” The Italian jazz label Black Saint was launched with Harper’s 1975 album Black Saint. His later releases have mostly been on SteepleChase and Evidence.