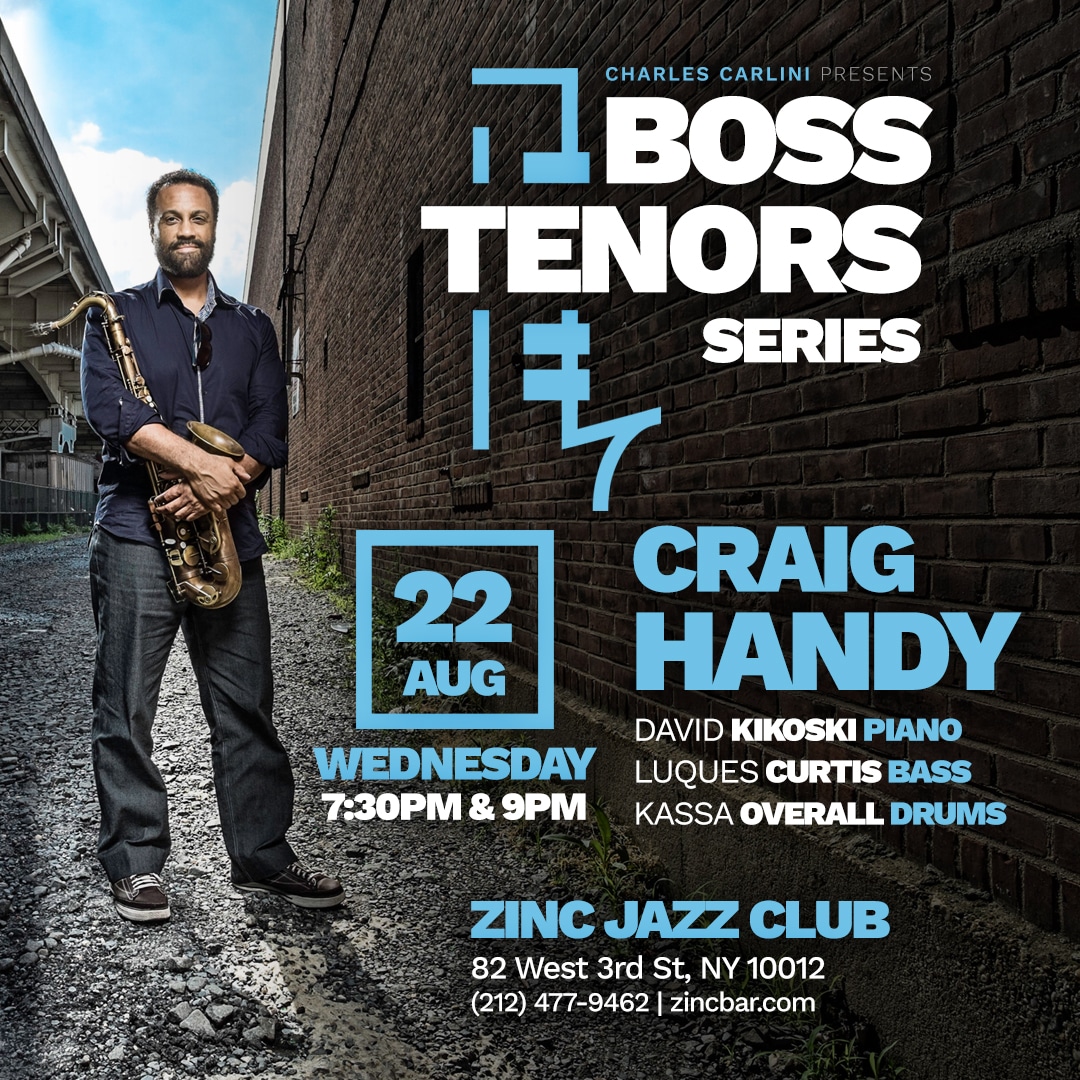 “a careful, thoughtful improviser—expansive and precise.”
—All About Jazz

Craig Handy is known as the “musician’s musician”, because he’s been the first call multi-instrumentalist in New York for nearly 20 years.

He has played the Mid-Atlantic Jazz Festival several times before with the world-class group “The Cookers”. He will be returning with a group of his own, “Second Line Smith”, a Jimmy Smith tribute band with a New Orleans twist. We are thrilled to have him back with us, as he never fails to deliver when he sets foot on the bandstand.