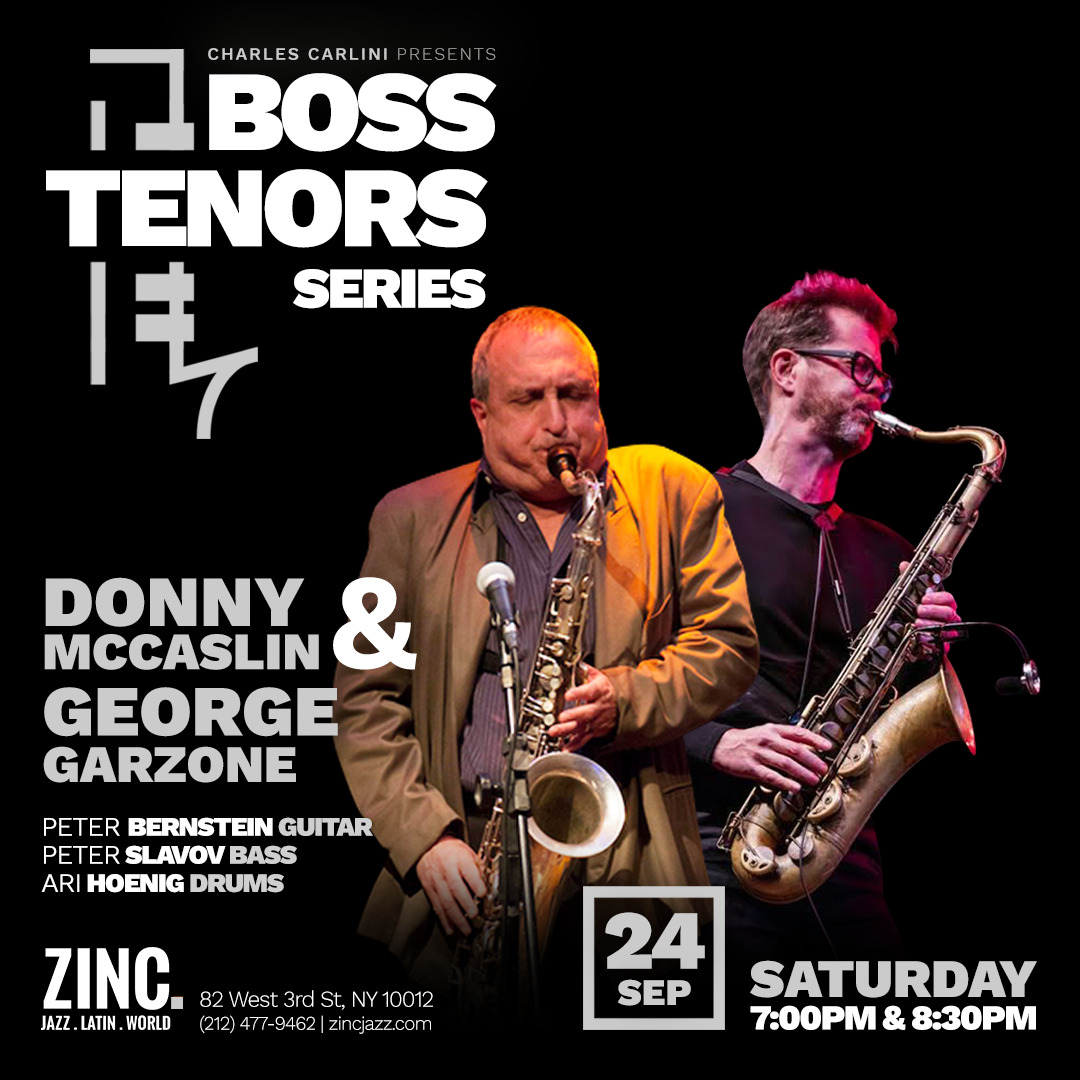 “A beacon of hard-won virtuosity and open-eared creativity.”
—The New Yorker

Saxophonist George Garzone is a member of The Fringe, a jazz trio founded in 1972 that includes bassist John Lockwood and drummer Bob Gullotti, that performs regularly in the Boston area and has toured Portugal. The group has released three albums. A veteran jazzman, Garzone has appeared on over 20 recordings. He began on the tenor when he was six, played in a family band, and attended music school in Boston. In addition, Garzone has guested in many situations, touring Europe with Jamaaladeen Tacuma and performing with Danilo Perez, Joe Lovano, Jack DeJohnette, Rachel Z, and John Patitucci, among others.

Donny McCaslin has recorded over a dozen albums as a bandleader in addition to many sideman appearances, including on David Bowie’s final studio album, Blackstar (2016).