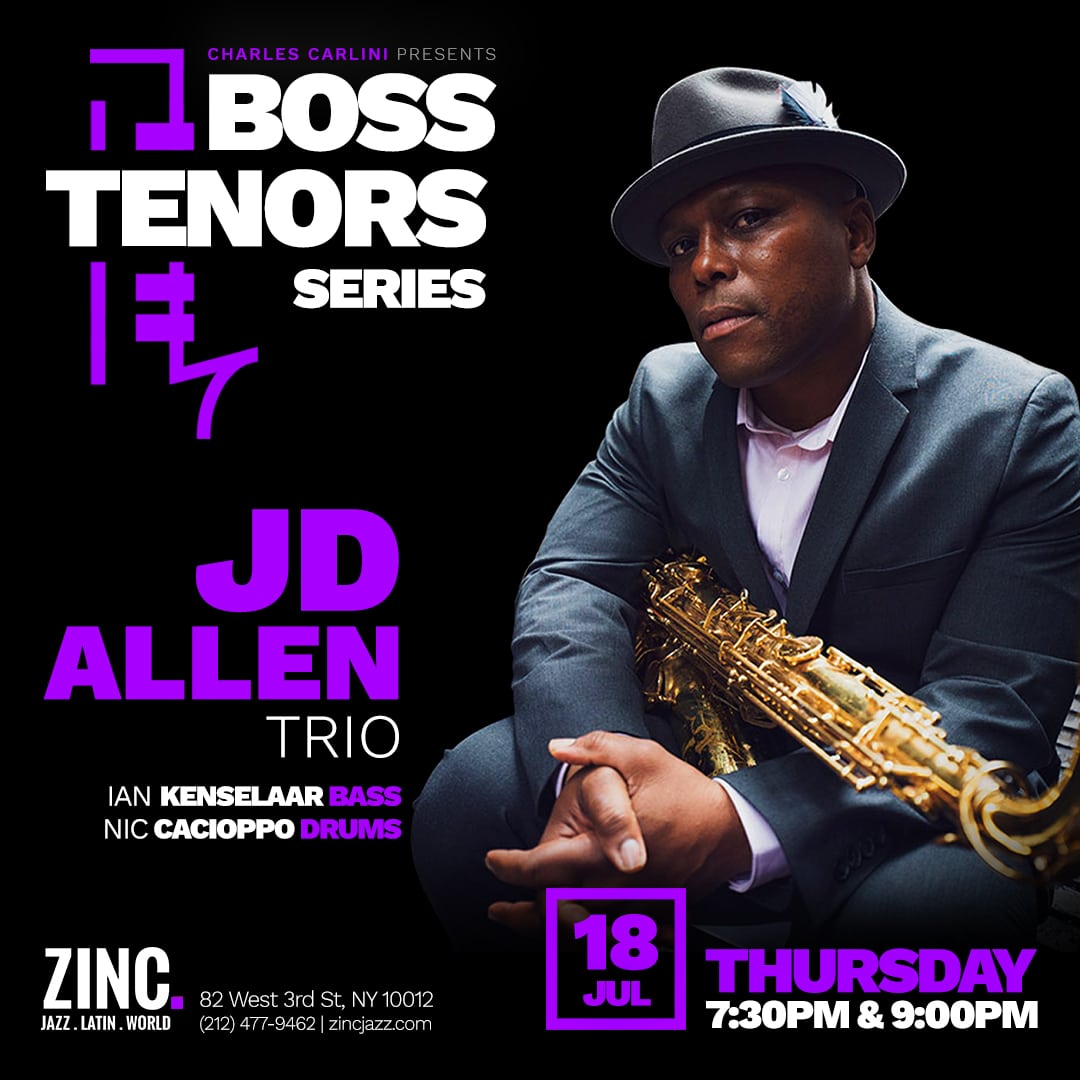 JD Allen has been featured on NPR’s Fresh Air, in THE ATLANTIC, The New York Times (on the blues) and hailed by Ben Ratliff as, “a tenor saxophonist with an enigmatic, elegant and hard-driving style,” JD Allen is one of the most thoughtful jazz saxophonists on the scene today. A prolific composer, JD releases a new album every year.

Winner of Downbeat, JazzTimes & NPR polls in categories including NPR’s Best Jazz of the Year, Tenor Saxophonist of the Year, Composer of the Year and Rising Star of the Year and JJA WINNER Short Form Jazz News Documentary, Mario Lathan, for VICTORY! – The Making of JD Allen’s Victory in 2012.

The Detroit natives apprenticeship has largely been in New York, where he has performed, recorded, and toured with legends from Lester Bowie to Betty Carter and Lawrence D. “Butch” Morris to contemporaries Cindy Blackman and Meshell Ndegeocello. Since making a strong impression during his early years in New York, serving an invaluable tenure with Betty Carter, JD has come a long way – now fully possessed of his own sound. JD has appeared on WNYC’S Leonard Lopate Show, Jazz Perspectives, Soundcheck, and festivals and has headlined worldwide stages including the Village Vanguard, Newport, Saratoga, and Summerstage/Charlie Parker Jazz Festivals. At the request of saxophone colossus, Sonny Rollins and filmmaker Dick Fontaine, JD was invited to open up ceremonies for the screening of the lauded film, “Sonny Rollins – Beyond The Notes” at The 2013 Woodstock Film Festival to great acclaim. JD also appeared in Fontaine’s documentary on Betty Carter some 20 years ago.

JD Allen performs regularly with his own trio and quartet. His 13th release as a leader, BARRACOON, is slated for June 28, 2019, on the Savant/High Note label.