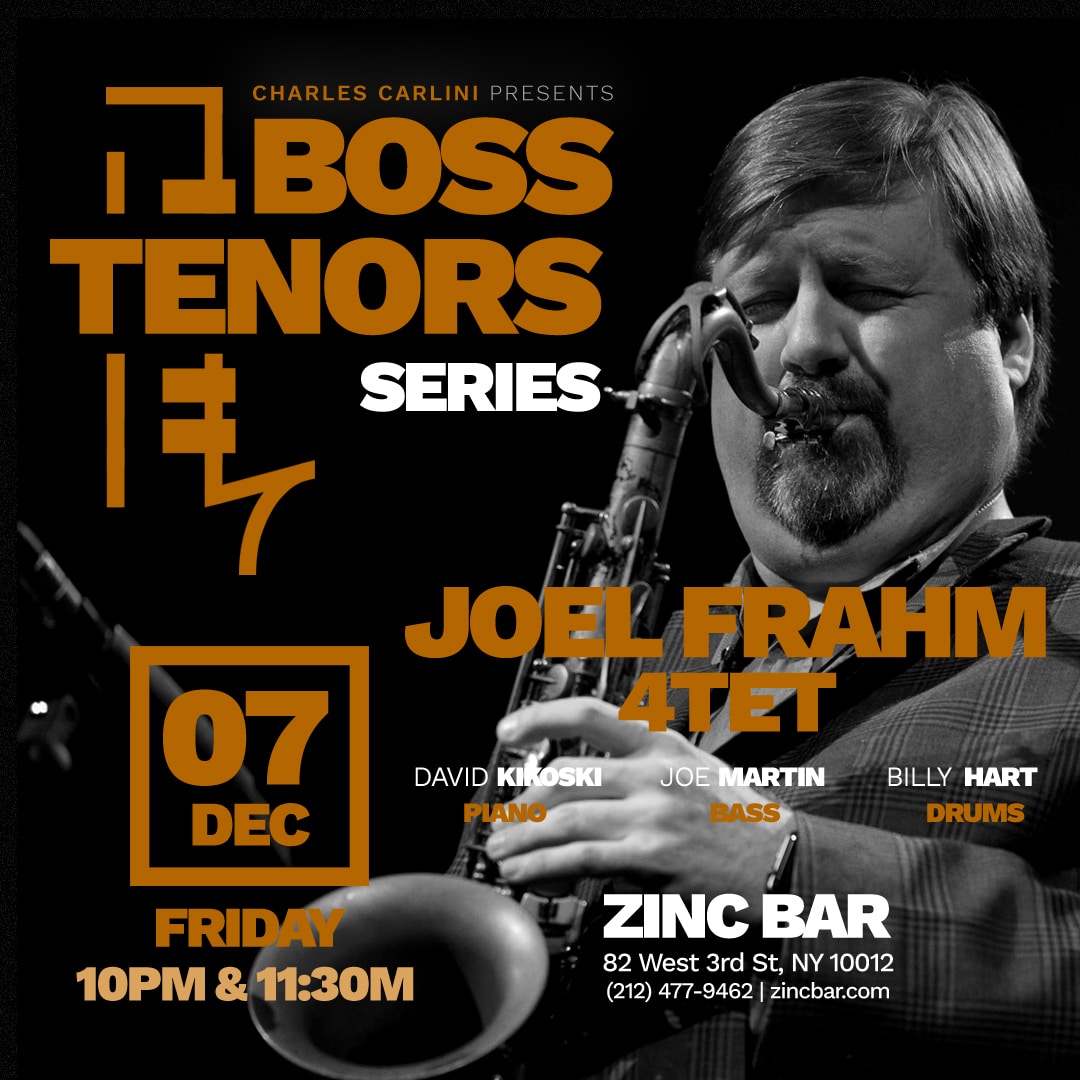 “a post-bop tenor saxophonist with a deft and assertive command.”
—The New York Times

Tenor saxophonist Joel Frahm is one of the bright young players on the jazz scene. After growing up in Racine, Wis., and West Hartford, Conn., he now lives in New York City, appearing on the club circuit at popular jazz spots such as the Blue Note, Birdland and Jazz Standard. He has played alongside top young musicians including Bill Charlap, Matt Wilson, and Ben Allison and has shared the stage with veterans such as Dewey Redman, Fred Hersch and the late Betty Carter. As a regular in singer Jane Monheit’s band for three years, he caught the attention of critics with his big tenor sound—fluid, inventive and filled with passion. Downbeat Magazine’s 2004 critics’ poll named him a rising star.