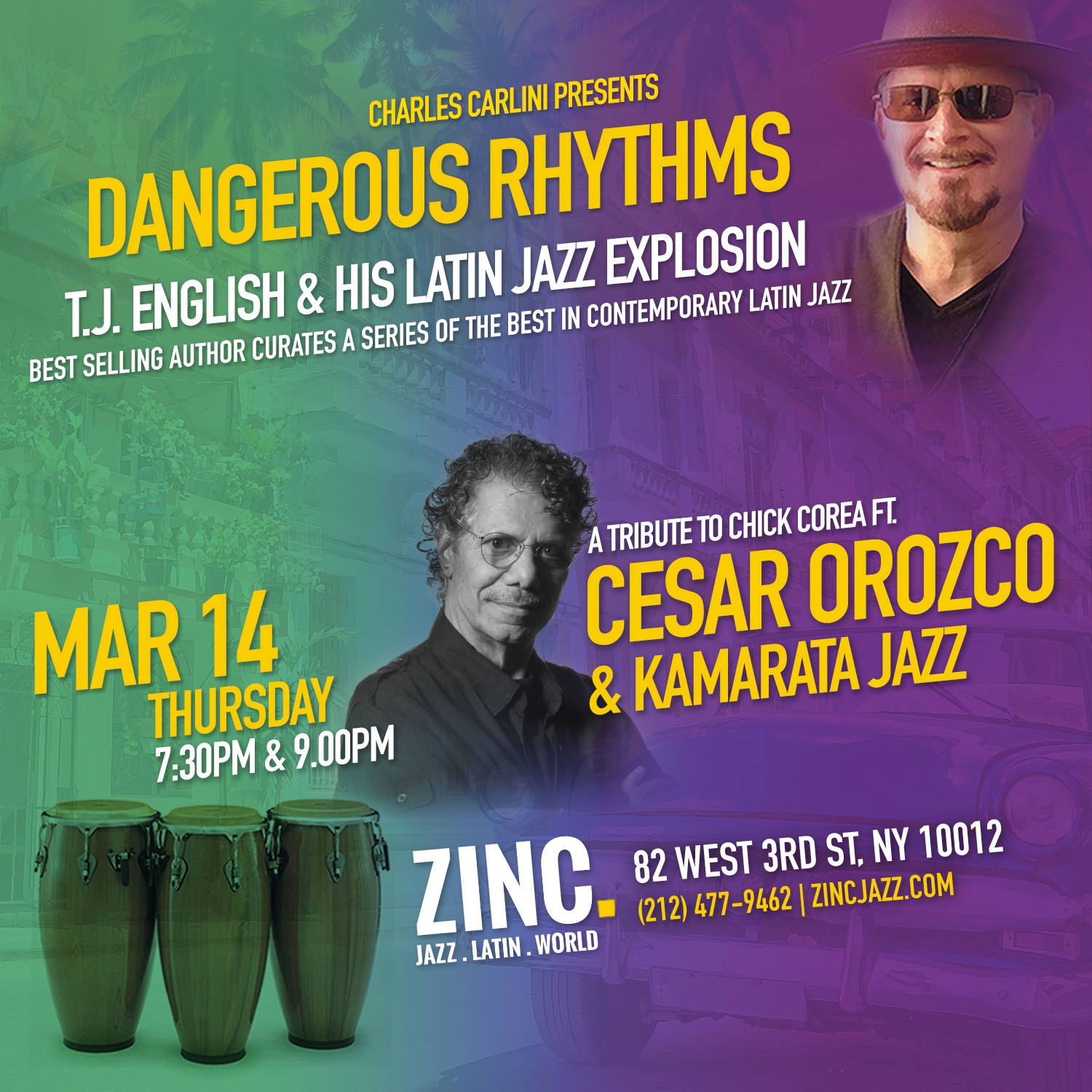 “César Orozco manages to make the best combination between Cuban, Jazz and Venezuelan music I ever heard.”
—Paquito D’ Rivera

The series continues with a tribute to the influential pianist and composer Chick Corea ft. Cesar Orozco & Kamarata Jazz.

César Orozco is a prolific Cuban/Venezuelan pianist, violinist, composer, arranger, producer, and educator based in the New York City area. Mr. Orozco moved to the United States in 2012 after receiving a full tuition Assistantship from The Peabody Institute of John Hopkins University, where he earned a Graduate Performance Diploma (GPD) in Jazz Piano. He also holds a degree in Violin Performance and Ensemble Conducting from the National School of Arts in Havana, Cuba. Since arriving in the States, Orozco has become a much-in-demand pianist in both Jazz and Latin-American music. Some of the artists he has worked with include Paquito D’Rivera, Pedrito Martinez, Gary Thomas, Yosvany Terry, Flavio Sala, Calixto Oviedo, Itai Kriss, Troy Roberts, Paul Bollenback, Jeremy Warren, and Giovanni Hidalgo just to name a few. Orozco has developed an innovative approach to a fusion of Venezuelan and Cuban traditional music with Jazz along with his project Kamarata Jazz. As a bandleader, he has performed at venues such as Blues Alley, Twins Jazz, and the Kennedy Center in Washington, DC, Bolivar Hall in London, the Bird’s Basement Jazz Club in Melbourne, Australia, the Bimhuis Jazz Club in Amsterdam, Subrosa, The Zinc Bar, and the Fat Cat in New York City among others.

Log in
to use Ginger
Limited mode
Washington, DC