Dangerous Rhythms: A Tribute to Mongo Santamaria ft. Robby Ameen and The Days in the Night Band.

Home/Dangerous Rhythms: A Tribute to Mongo Santamaria ft. Robby Ameen and The Days in the Night Band 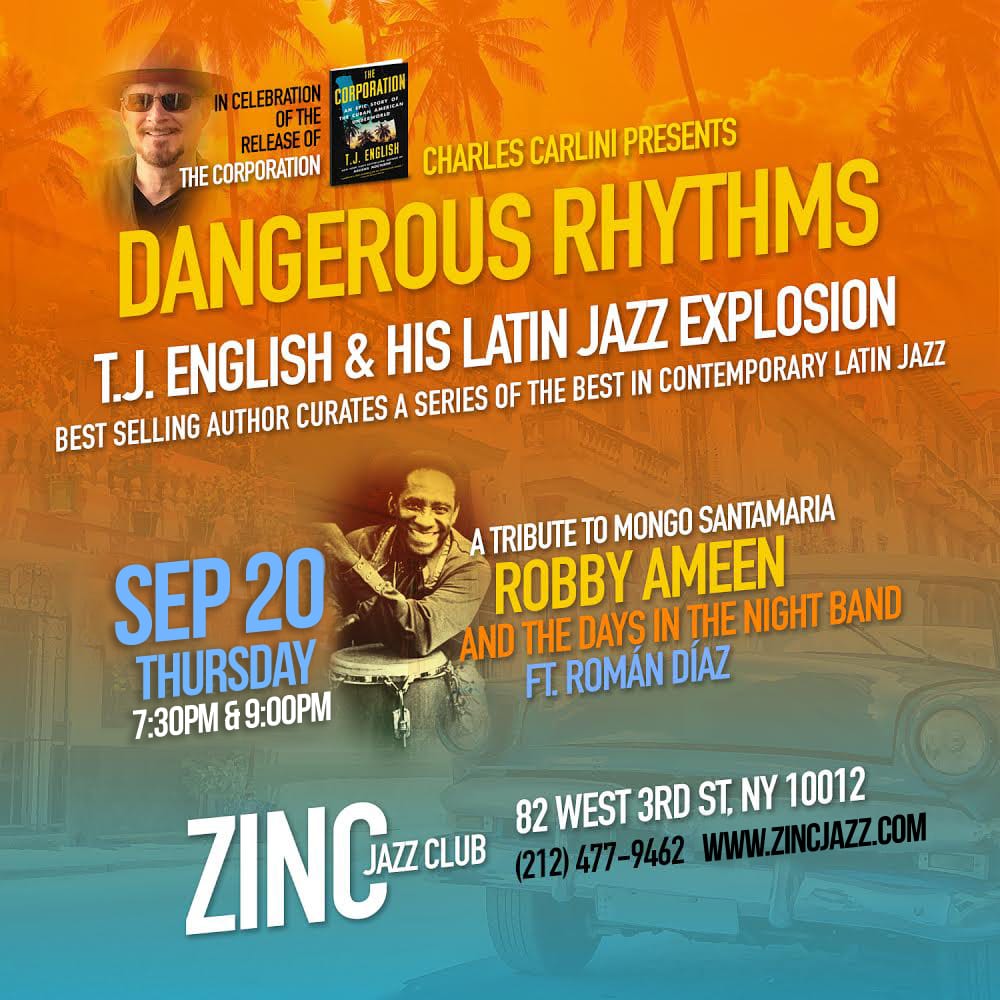 Best selling author T.J. English (The Westies, Havana Nocturne) curates a series of the best in contemporary Latin Jazz to celebrate the launch of his latest book The Corporation: An Epic Story of the Cuban American Underworld.

The series continues with a tribute to legendary Cuban percussionist Mongo Santamaria ft. Robby Ameen and the Days in the Night Band ft. Román Díaz.

Grammy Award-winning drummer Robby Ameen has lived in New York City since the early ’80s and has established a recording and touring career stretching from Dizzy Gillespie to Paul Simon while maintaining a more than 20-year relationship with Latin icon Ruben Blades as a member of Los Seis del Solar.

Although he is of Lebanese origin, Ameen is best known for the unique and powerful Afro-Cuban jazz style he has developed. Other long-term musical relationships include Dave Valentin, Eddie Palmieri, Jack Bruce, Kip Hanrahan, and Conrad Herwig’s multi-Grammy-nominated Latin Side All-stars. As a leader, Ameen wrote, arranged, and produced the album Days in the Life, and most recently, Days in the Night, which

Down Beat magazine recently awarded 4 stars. As a co-leader, he has recorded three records with the El Negro and Robby Band alongside drummer Horacio “el Negro” Hernandez. In addition, he helped found the Latin-jazz power trio Overproof, and also made two latin-jazz records with Seis del Solar.