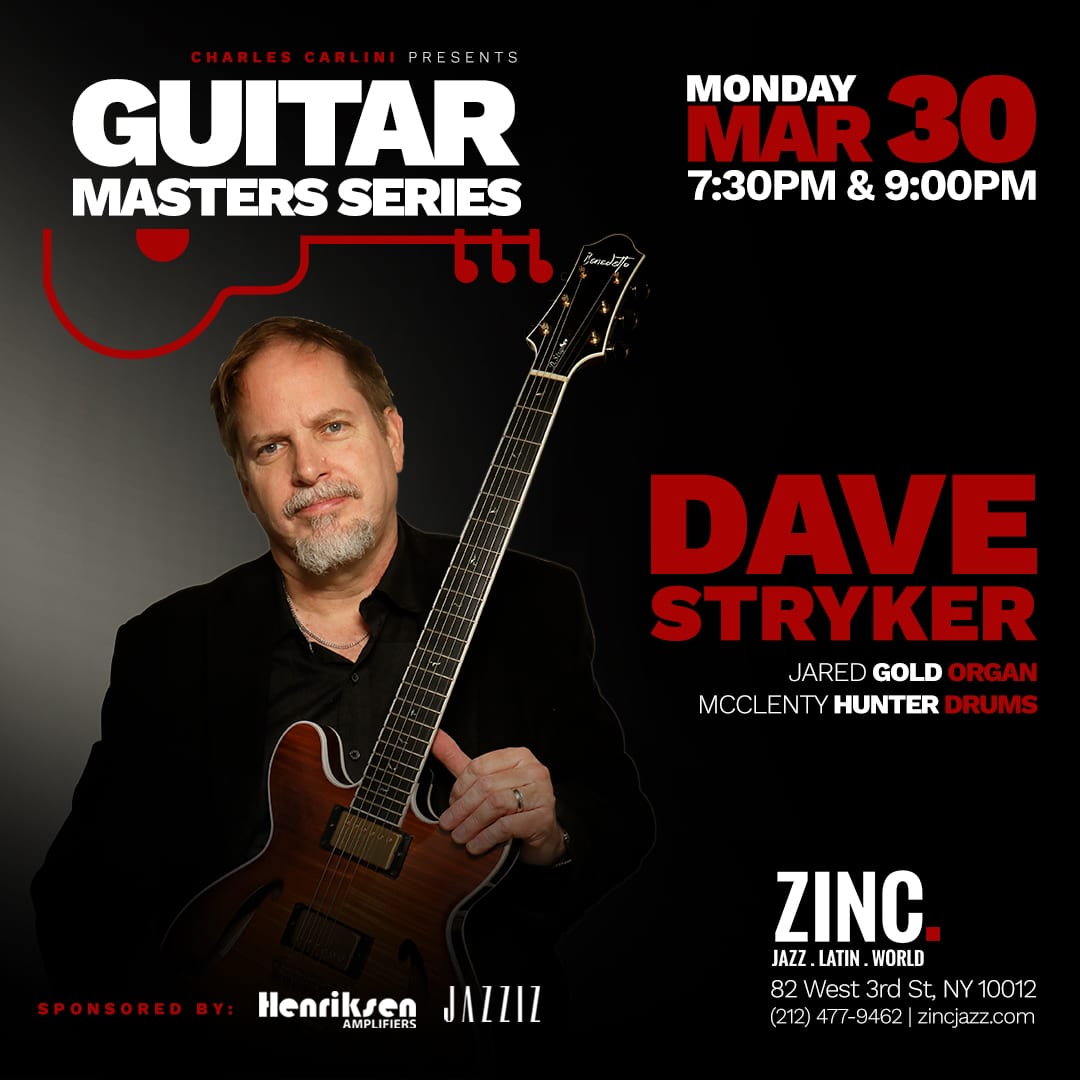 “I have followed Dave Stryker’s playing since his early days in Omaha through his long stay with Stanley Turrentine and his longstanding relationship with the great alto player Steve Slagle (another undersung heavy out there) and he just gets better and better with one of the most joyous feels around.” —Pat Metheny

Whether you’ve heard guitarist Dave Stryker leading his own group (with 28 CD’s as a leader to date), co-leading The Stryker/Slagle Band, or as a featured sideman with Stanley Turrentine, Jack McDuff, and many others, you know why the Village Voice calls him “one of the most distinctive guitarists to come along in recent years.”

Dave’s new CD “Strykin’ Ahead” features the same lineup as “Eight Track II”- Steve Nelson, Jared Gold, and McClenty Hunter, and is getting great reviews. “Messin’ with Mister T”, is a celebration of the man he worked with for over a decade — Stanley Turrentine, “Mister T” — with ten of the greatest tenor sax players on the scene today. It went to #1 on JazzWeek Radio and stayed in the Top 50 for 20 weeks and has received great reviews including 4 1/2 stars in Downbeat magazine. Dave’s last CD “Eight Track” was #9 for 2014 on the Jazz Week Radio Charts where it stayed for 20 weeks topping off at #3 for 3 weeks. Downbeat magazine picked it as one of the Top CD’s of 2014, and ran a feature article in the June 2014 issue on Dave. Dave was recently voted into the 2017 Downbeat Critics and Readers Poll for the 10th time.