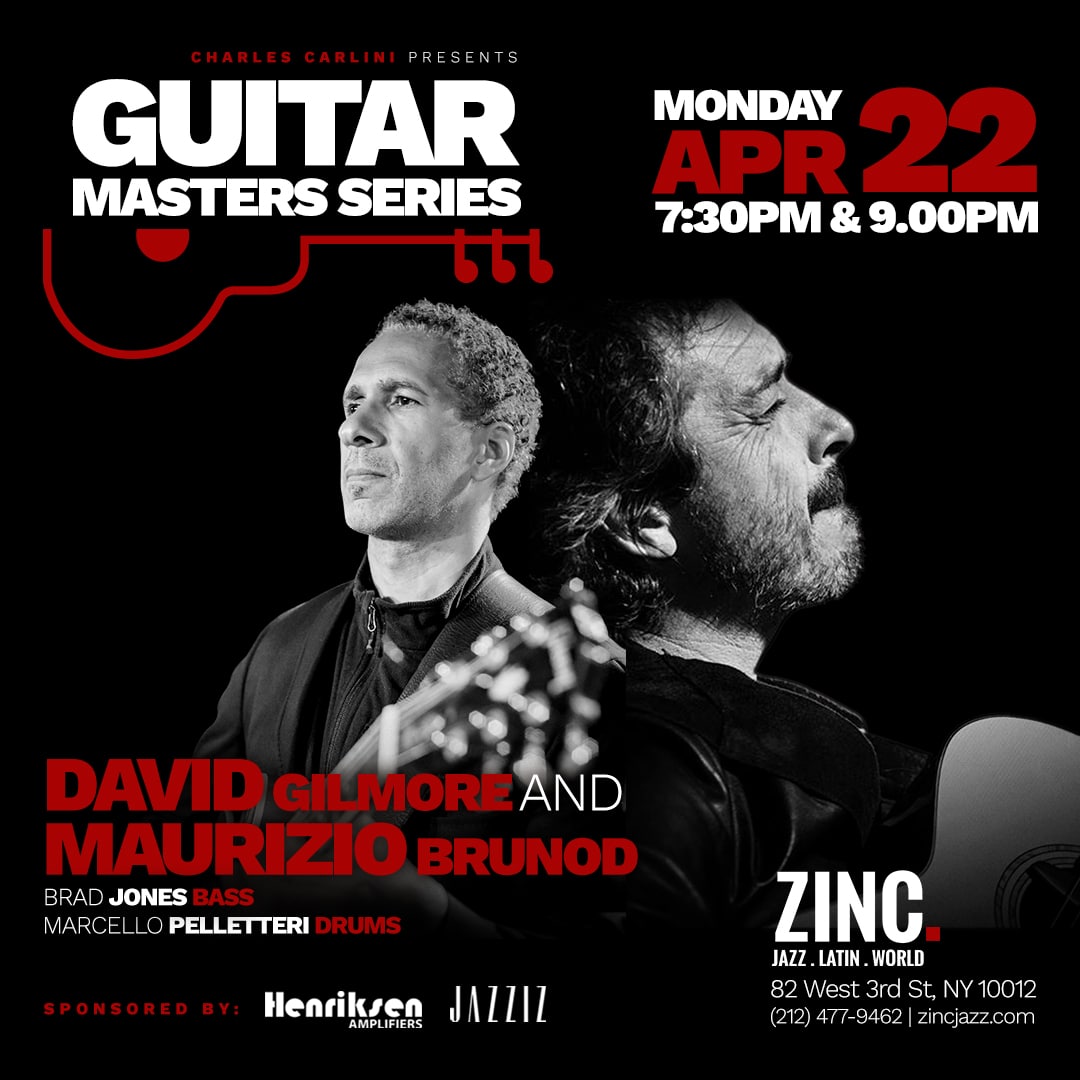 “The guitarist David Gilmore has a pronounced fondness for metric convolution, jigsaw complexity and a near-mystical spirit of intrigue.” —The New York Times

David Gilmore has performed and recorded with many of today’s most influential artists including Wayne Shorter, Steve Coleman, Christian McBride, Dave Douglas, Rudresh Mahanthappa, Randy Brecker, Lenny White, Stanley Clarke, Sam Rivers, and many others. His latest release, Transitions (2017 Criss Cross Records) is one of Downbeat Magazine’s top CDs of 2017. He was also recently voted into both the Critic’s Poll and Reader’s Poll of 2017. Gilmore’s playing has been compared to guitarists as diverse as George Benson and Jimi Hendrix. Gilmore has been the recipient of numerous grants, including two Chamber Music of America, New Jazz Works Composer Grants, and nominated for the prestigious Doris Duke Artist Award. Committed to an improvisational approach that reflects a global awareness, he conducts master classes around the world, and is a Professor at the renowned Berklee College of Music in Boston.

Maurizio Brunod is one of the most prominent guitarists on the contemporary music scene, and has worked next to many icons of in Jazz such as Miroslav Vitous, Tim Berne, Enrico Rava, Javier Girotto, Roberto Gatto, Daniele di Bonaventura, Ralph Towner, Alexander Balanescu, Garrison Fewell, Calixto Oviedo, John Surman and many others. He has more than 30 albums and a co-founder with Massimo Barber, of the historical band Enten Eller, with whom he has performed all over the world. He is also the author of the best seller “Manuale di Sopravvivenza del Chitarrita curios”, published by Church ed. in 2014.