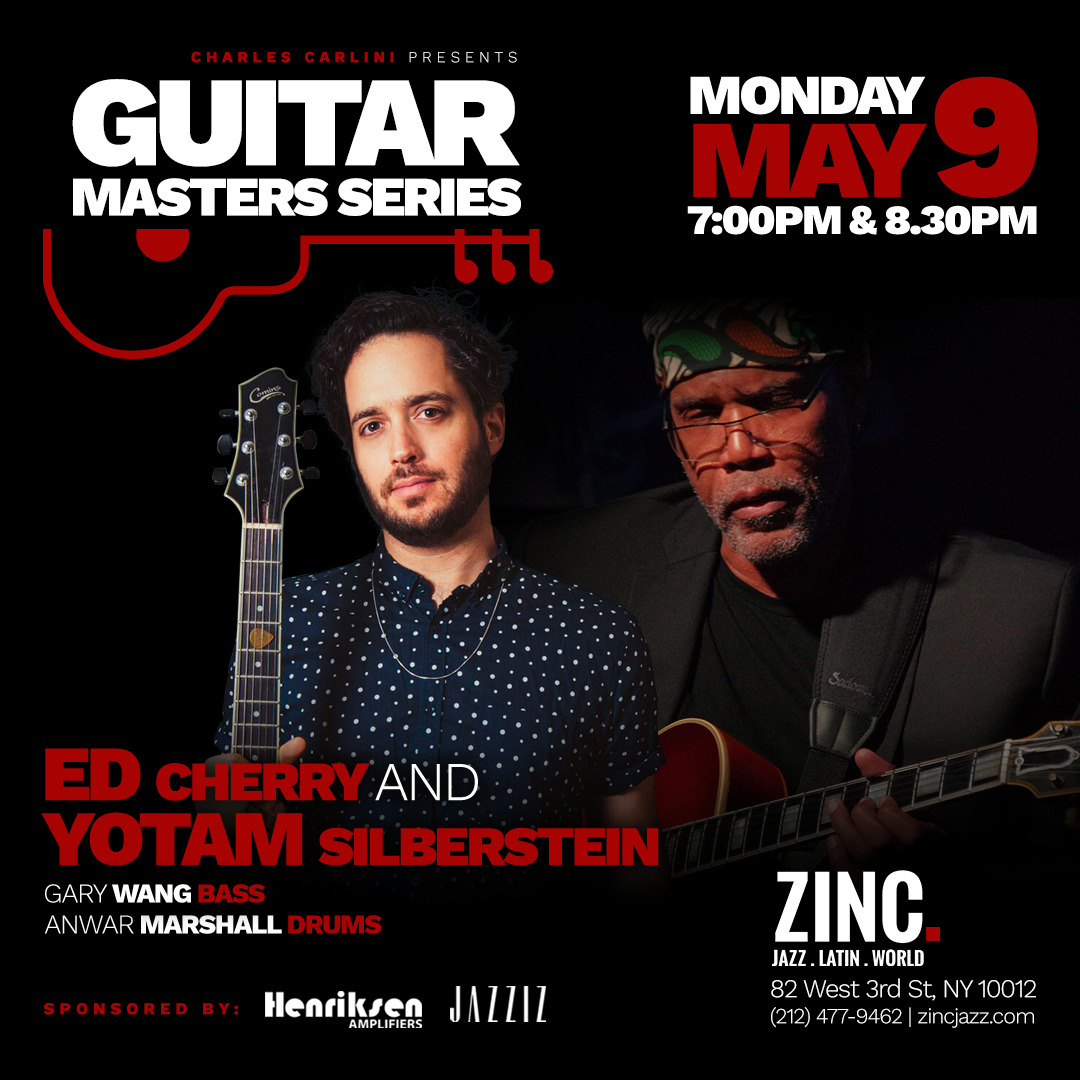 An expressive instrumentalist, Cherry has a hip, melodic approach that is a refreshing contrast to guitarists who frequently resort to playing ‘finger music’, the execution of rapid streams of notes that serve no musical purpose other than to fill space” —JazzTimes

“Since his arrival in New York in 2005, Israeli guitarist Yotam Silberstein has made an impact on the scene with his precision bebop lines and fleet-fingered improvisations.” —JazzTimes

Acclaimed jazz guitarists Ed Cherry and Yotam Silberstein bring their formidable quartet to Zinc jazz club on Monday, May 9. They are supported by bassist Gary Wang and drummer Anwar Marshall.

Guitarist Ed Cherry has been playing professionally since the early ’70s, as a sideman to musicians such as Tim Hardin, Jimmy McGriff, Henry Threadgill, and Jimmy Smith. Most famously, he spent over fifteen years in Dizzy Gillespie’s band, remaining with the group until the trumpeter’s death in 1993.

In only six years since landing in New York, internationally acclaimed guitarist Yotam has earned a well-deserved spot among the Jazz elite by collaborating with legendary musicians such as James Moody, The Heath Brothers, Paquito D’Rivera, Monty Alexander, Roy Hargrove, and the Dizzy Gillespie Alumni All-Stars.