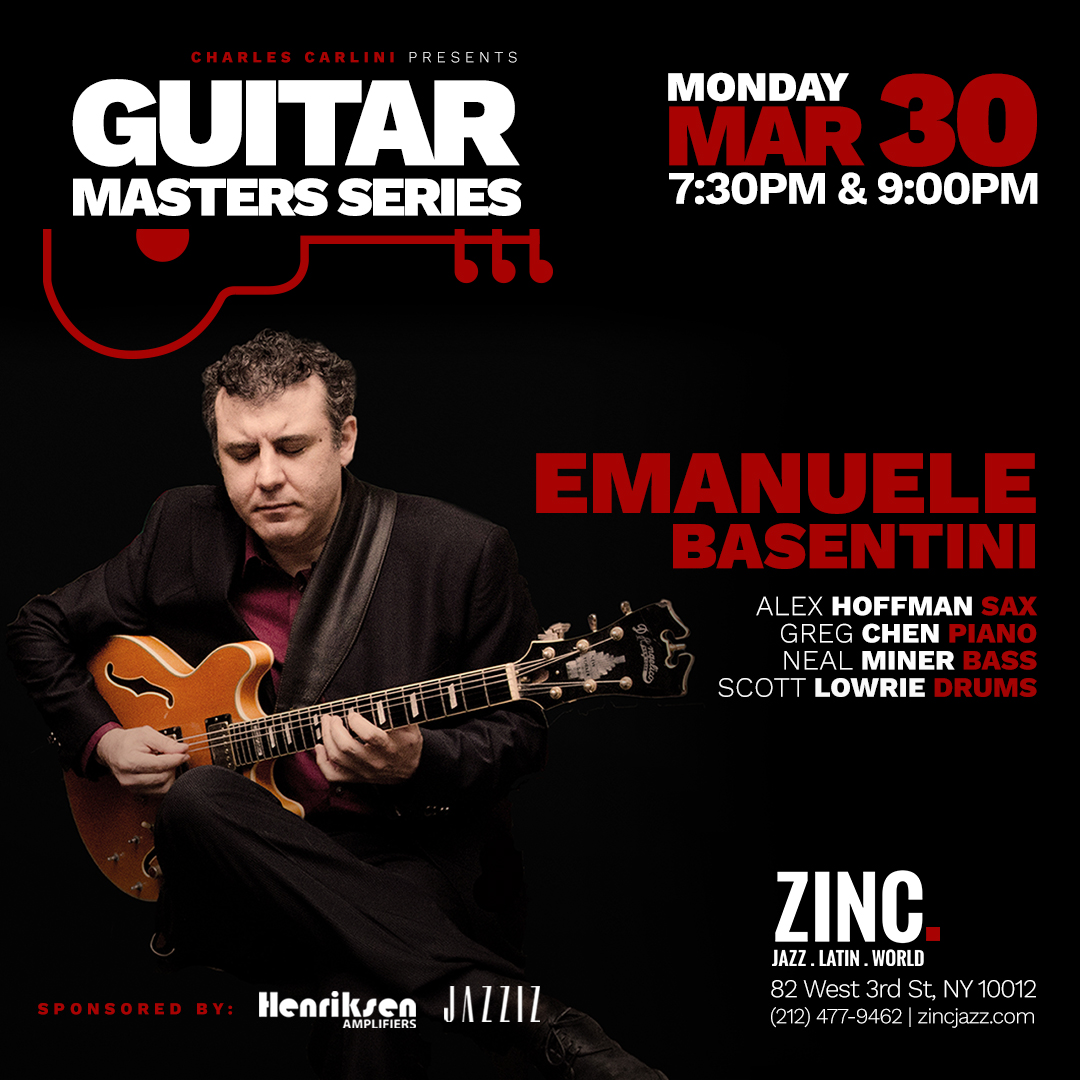 Over the course of his remarkable career to date, Emanuele has performed internationally, playing at festivals throughout Italy and headlining in some of the country’s most popular clubs. He has also performed and collaborated with some of the most influential American and European musicians in contemporary jazz.

He moved to Rome in 1990 (19 years old) and quickly began to establish himself as a force to be reckoned with in Italy’s close-knit jazz scene: he has been for many years music director of the famous Gregory’s Jazz club, Alexander’s Plaz and Micca Club; he has taught jazz the University of Music in Rome, the Saint Louis Music Academy, the Testaccio School.

He has been very active of the Italian Jazz scene, playing and collaborating as educator and music director in many important festivals; a great example is his role in the prestigious Eddie Lang Jazz Festival in Monteroduni, Italy where he was invited back as Director of Education, teacher and competition judge in 2011.

Emanuele had the opportunity of establishing himself on the European Jazz scene thanks to his performances in Paris and London. Since 2013, Emanuele has lived in New York City where he plays with the saxophonist Alex Hoffman.