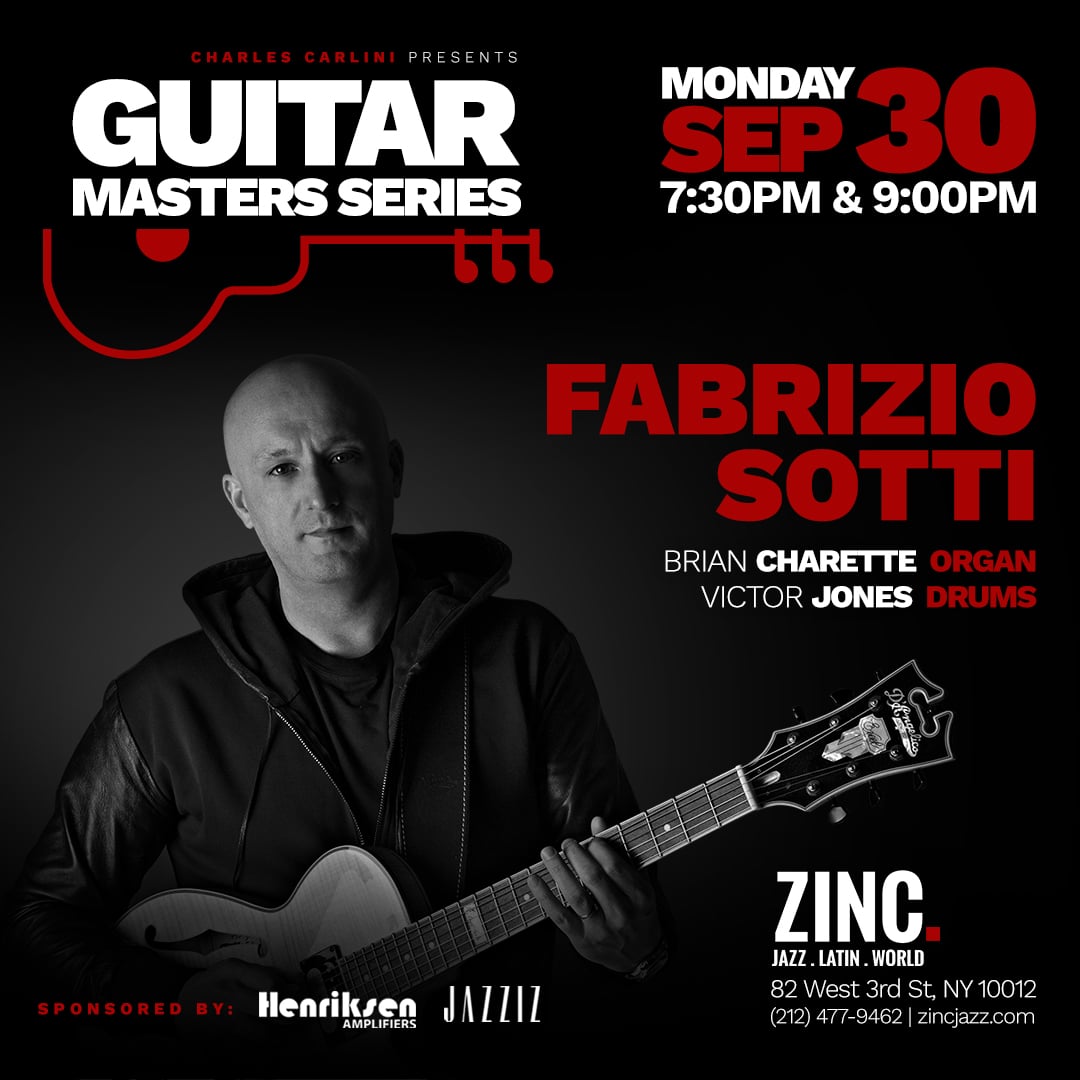 “Fabrizio Sotti has established himself as a genuine guitar stylist.” —All About Jazz

The trio is led by guitarist, composer and producer FABRIZIO SOTTI, a native of Italy who came to New York City as a teenager 28 years ago and immediately began playing with the upper echelon of legendary players in the “Jazz capital of the world” such as trumpeter Randy Brecker, bassist John Pattitucci and drummer Al Foster all of whom appeared with Fabrizio on his debut release “This World Upside Down” in 1999. Over the ensuing decades, Fabrizio worked to build and solidify his stature as one of the preeminent jazz guitarists of his generation. Evidence of his position is reflected in the fact that Sotti has performed and/or recorded with a wide array of Jazz veterans and newcomers alike including vocalist Cassandra Wilson, with whom he collaborated as guitarist, composer and producer on two of her highly acclaimed recordings; “Glamoured” and “Another Country”. He has additionally enjoyed affiliations with saxophonist George Coleman, trumpeter Roy Hargrove, vocalist Claudia Acuna, percussionist Mino Cinelu and many, many others. He has toured extensively around the world, as well as performing regularly in the NYC jazz scene, for almost three decades with his own bands in the company of some incredible musicians like George Garzone, James Genus, Clarence Penn, Jeff Andrews, Cameron Brown, Steve La Spina, Rachel Z, Rick Margitza, Victor Jones, Tony Grey, Brian Charette, Francisco Mela, Kyle Eastwood and more. This in addition to his hyper – active involvement on the pop, r&b, hip-hop and global music scenes collaborating with the likes of Melanie Fiona, Zucchero, Dead Prez, Q Tip, Tupac, Jennifer Lopez, Shaggy, Ice T to mention a few. Sotti displays a joyful virtuosity and plays with a sound that has been described as “contagiously soulful”!