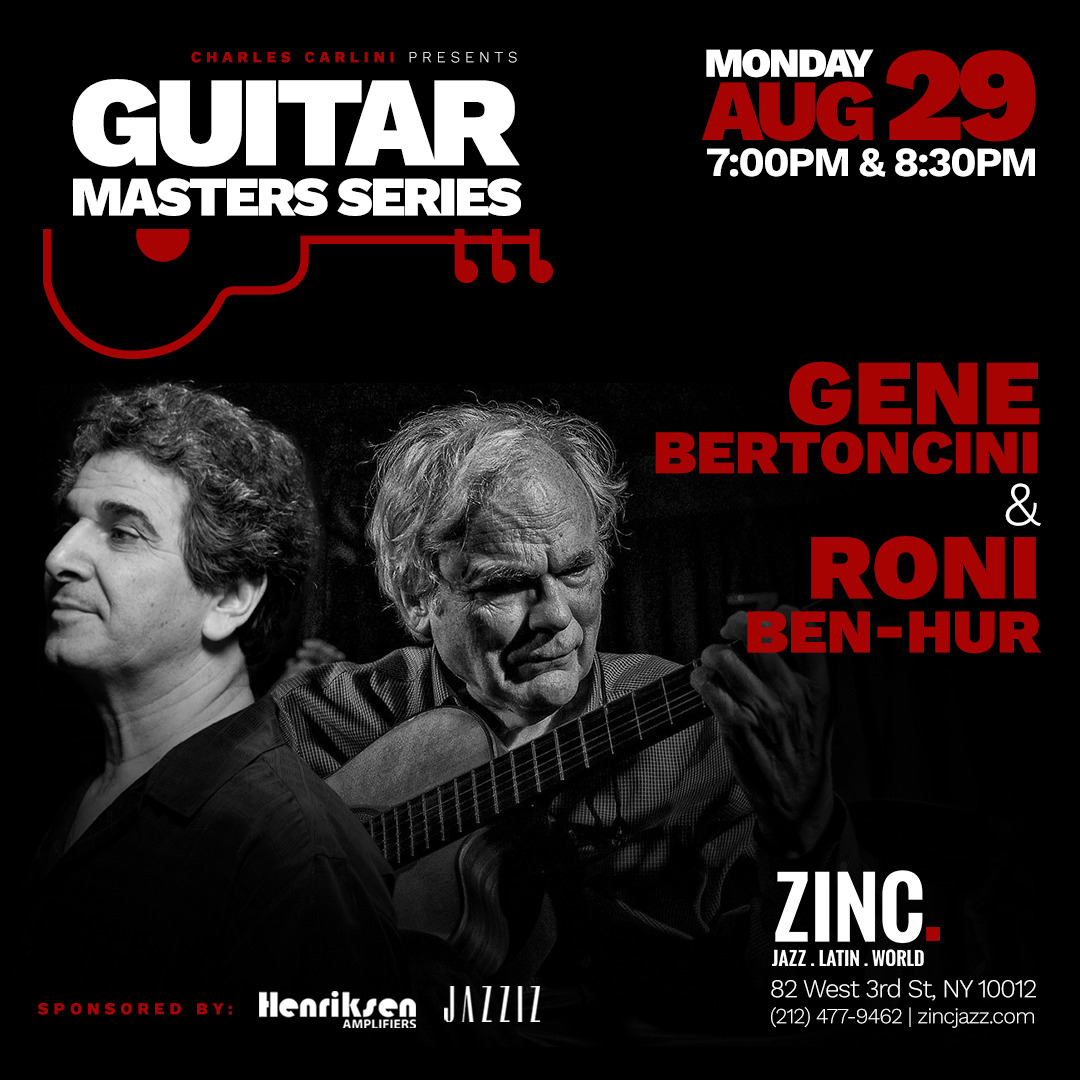 “It seems that only beautiful sounds emanate from Gene Bertoncini’s guitar.” — The New Yorker

Gene Bertoncini is one of the pre-eminent jazz guitarists active today. His fluid technique and lyricism have won him international praise and accolades as the “Segovia of jazz.” An eloquent and versatile improviser, Mr. Bertoncini has been heard with an extraordinary range of jazz greats, including performances and recordings with Benny Goodman, Buddy Rich, Wayne Shorter, Hubert Laws, and Paul Desmond among others, as well as such distinguished singers as Tony Bennett, Lena Horne, Nancy Wilson, Vic Damone, and Eydie Gorme.

Jazz guitarist Roni Ben-Hur has earned a sterling reputation as a musician and educator, renowned for his golden tone, improvisational brilliance, compositional lyricism, and ability to charm peers, students and listeners alike. Eminent jazz critic Gary Giddins wrote in the Village Voice: “A limber and inventive guitarist, Ben-Hur keeps the flame alive and pure, burning in every note… He’s a guitarist who knows the changes and his own mind.” Roni — born in Israel in 1962 but a longtime American citizen, based in the New York City area — has recorded a dozen-plus albums as leader or co-leader, with The New York Times praising his “crisp, fluid style” and Time Out New York calling him “a formidable and consummately lyrical guitarist.” He has developed a rare facility in both straight-ahead jazz and samba/bossa-nova styles, underscored by his work with masters in each field, from bebop piano sage Barry Harris and winds ace Frank Wess to beloved Brazilian vocalist Leny Andrade and composer Marcos Valle.