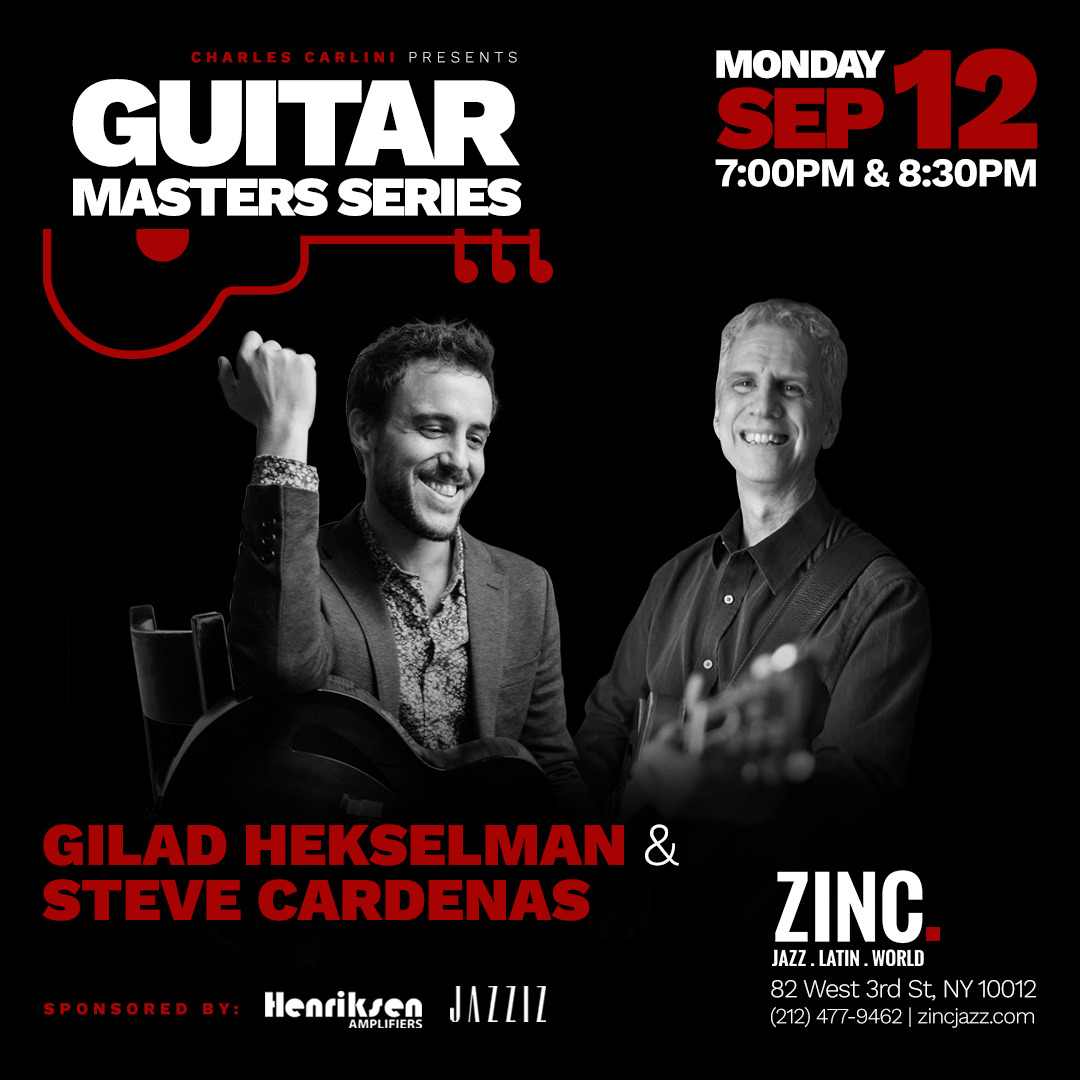 “[Gilad Hekselman] doesn’t need to be slick to sound commanding. When he starts to scamper in a single-note line, he’s usually quick to cut himself off — interrupting his own train of thought and grabbing your ear. ”

“Steve Cardenas is an earthbound jazz guitarist, more at home with the stir of a rhythm section than the whoosh of solo heroics. This makes him a pervasive but subtle presence on the scene”

Gilad Hekselman is one of the leading voices in jazz guitar. Only a few years after his arrival to NY in 2004, this native Israeli was already sharing stages with some of the greatest artists in the New York City jazz scene including Chris Potter, Eric Harland, Mark Turner, Anat Cohen, Ari Hoenig, Esperanza Spalding, Jeff Ballard, Ben Wendel, Gretchen Parlato, Ben Williams, Avishai Cohen, Tigran Hamasyan, Aaron Parks and Becca Stevens among many others.

Steve Cardenas has many diverse credits as a performer and recording artist. Beginning his musical career in his hometown of Kansas City, he has been an integral part of the New York City jazz community since 1995. Steve has performed with many well-known and highly esteemed musicians. Notably, he was a longstanding member of the Paul Motian Electric Bebop Band (which later became the Paul Motian Octet) as well as Joey Baron’s band, Killer Joey. Steve is currently a member of the Charlie Haden Liberation Music Orchestra, Steve Swallow Quintet, and the Ben Allison Band. He has toured the U.S., Canada, Europe, and South America extensively, performing at numerous jazz festivals, including the North Sea Jazz Festival and Montreux Jazz Festival. In addition, Steve leads his own trio, performing at various venues around New York City.