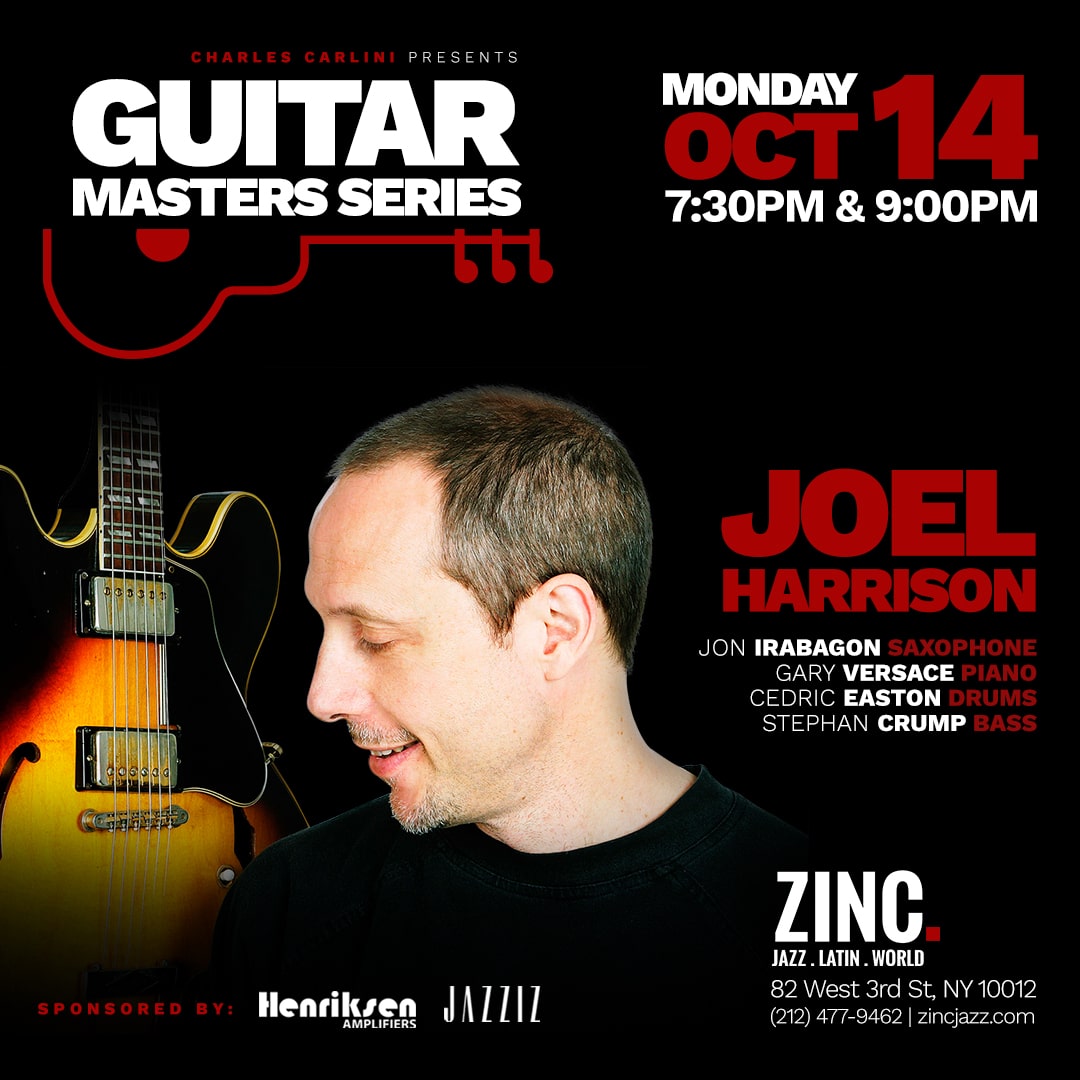 “A guitarist, composer and arranger of amazing skill and breadth.” —Downbeat

Joel Harrison is one of the first artists to have bridged the worlds of jazz, classical, Americana, and traditions from India and Africa. Born in Washington D.C. the guitarist, composer, arranger, lyricist, vocalist, and songwriter began his search for new sounds in the early 1980s with stints in Boston and the Bay Area. Named a Guggenheim Fellow in 2010, Harrison has long been recognized as a risk-taker, someone who never stands still. He has blossomed from mentorships with Joan Tower, Ali Akbar Khan, W.A. Mathieu, and Charlie Banacos into one of the most respected artists of his generation. The core of his multifarious projects is heart, soul, and surprise. What matters most to this composer is moving the listener.

Harrison is a two-time winner of the Jazz Composer’s Alliance Composition Competition and has received support and awards from Chamber Music America, Meet the Composer, the Flagler Cary Trust, NYSCA, New Music USA, and the Jerome Foundation. He has released 17 CDs since 1995 as a leader and has appeared high up on the “Rising Star” Downbeat Magazine poll for many years.