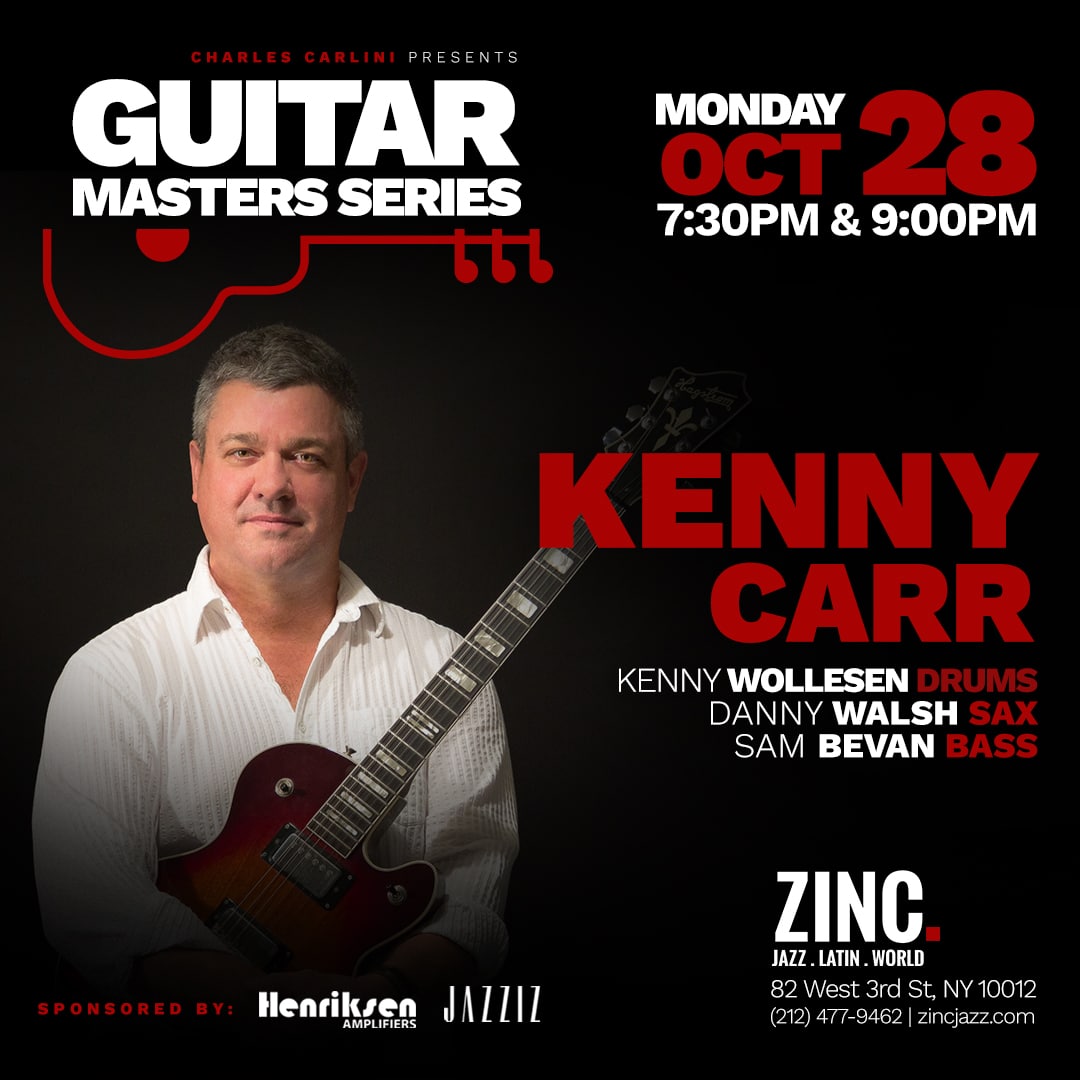 “A seasoned veteran with a deep sense of groove and agile technique. He has the type of rhythm string players strive for in jazz”
—All about Jazz

Kenny Carr is a classically trained guitar player, composer, and bandleader in New York City, where he has been performing music from his 2018 release, Departure, and his five earlier collections. Carr performs his original jazz, blues, funk, and fusion instrumental music with a trio, quartet, and other ensembles as well as in solo settings. Carr has performed as a headliner at NYC clubs such as 55 Bar and The Bitter End and has been featured in the Jazz at Kitano Emerging Artist Series. Departure has enjoyed national and international radio play and has been breaking into the top slots on the American jazz charts: Jazzweek, NACC, and RMR, ranking in the Top 5 and Top 20 since Fall 2018.

Carr studied jazz theory with vibraphonist Rob Lautz and trumpeter Ray Brown in California before moving to Boston where he studied guitar performance and film score at the Berklee College of Music. By 16, he was performing with fellow Bay Area jazz musicians such as drummers Kenny Wollesen, Jeff Ballard, bassist Anders Swanson, and saxophonist Donny McCaslin. In 1981, Carr and company were invited to open for Carmen McRae and Freddie Hubbard at the Mount Tamalpais jazz festival.

In his final year at Berklee, Carr joined the Ray Charles Trio and the Ray Charles Orchestra. Carr toured worldwide with Charles for over 10 years and was the lead guitar for the recordings “Just Between Us” and “Live at Montreux”.