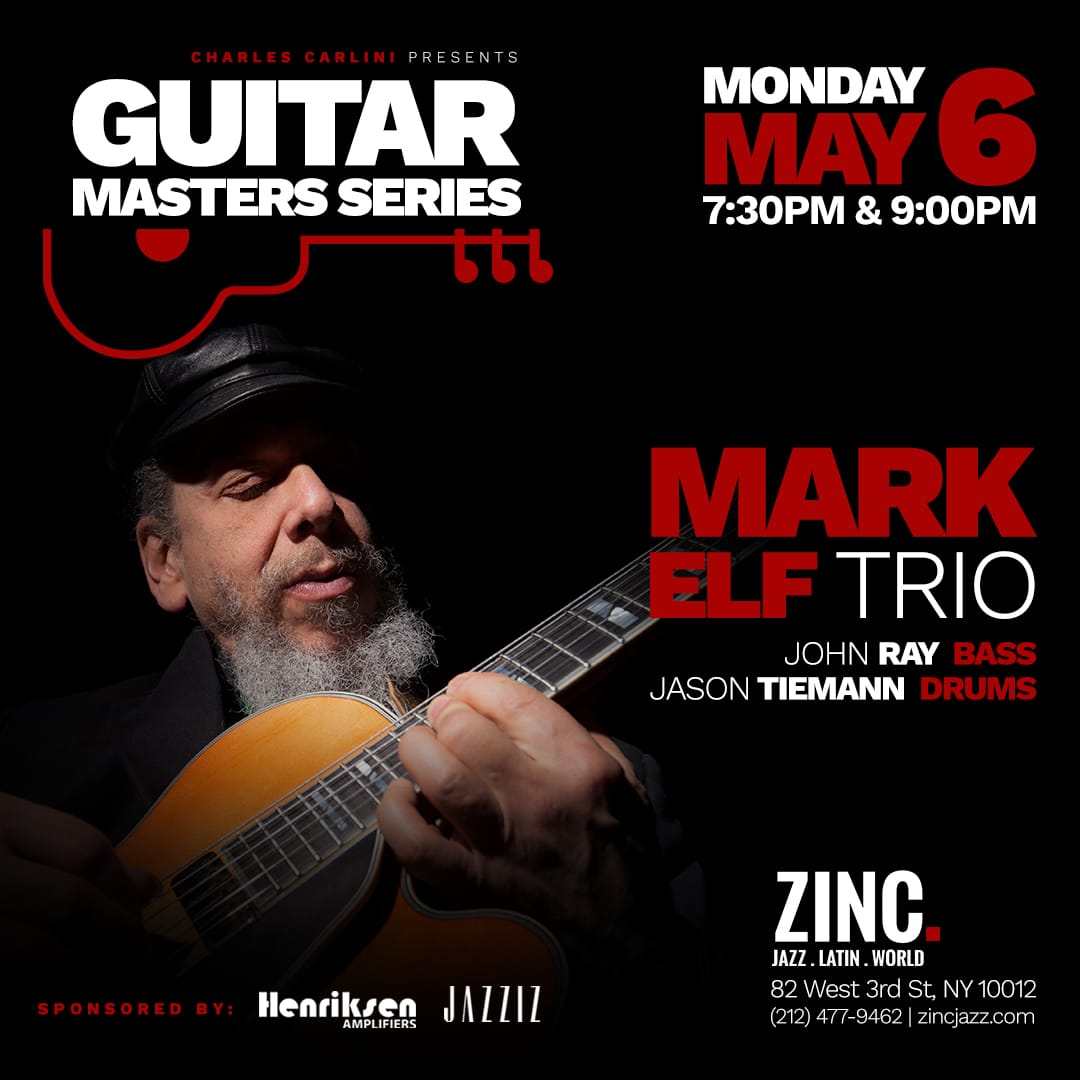 “Clarity and celerity are the keys to Elf’s expansive style, reminiscent of the great Raney.” —The Hartford Courant

Mark Elf has been on the Jazz scene for over 40 years. He was born in Queens, New York in 1949 and started playing the Guitar at the age of 11. He has played and or recorded with the Jazz Giants: Dizzy Gillespie, Clark Terry, Jimmy Heath & the Heath Bros., Wynton Marsalis & Jon Hendricks just to name a few. His first professional Jazz performance occurred around 1971 as a sideman at the Club Barron in Harlem, New York with Gloria Coleman and Etta Jones. This performance was a double bill with the George Benson Quintet.

During the 1970’s he toured with Lou Donaldson, Jimmy McGriff, Groove Holmes & Charles Earland and recorded a number of albums with them. He recorded his first album as a sideman with Jimmy McGriff & Groove Holmes in 1973 on the Groove Merchant Record label called “Giants of the Organ Come Together”. In the late 1970s, Mark worked with Junior Cook and Bill Hardman in New York City and also recorded with them on the Muse Label.

From 1970 to the present Mark has taught Guitar and theory at independent studios, colleges and universities in the USA and abroad. His clinics are recognized as some of the finest in the world as attested to by Clark Terry who hired Mark to teach at several of his Jazz Camps in the 1980s and 1990s. Clark says, “The students love his no-nonsense practical approach. “He’s a great clinician.”