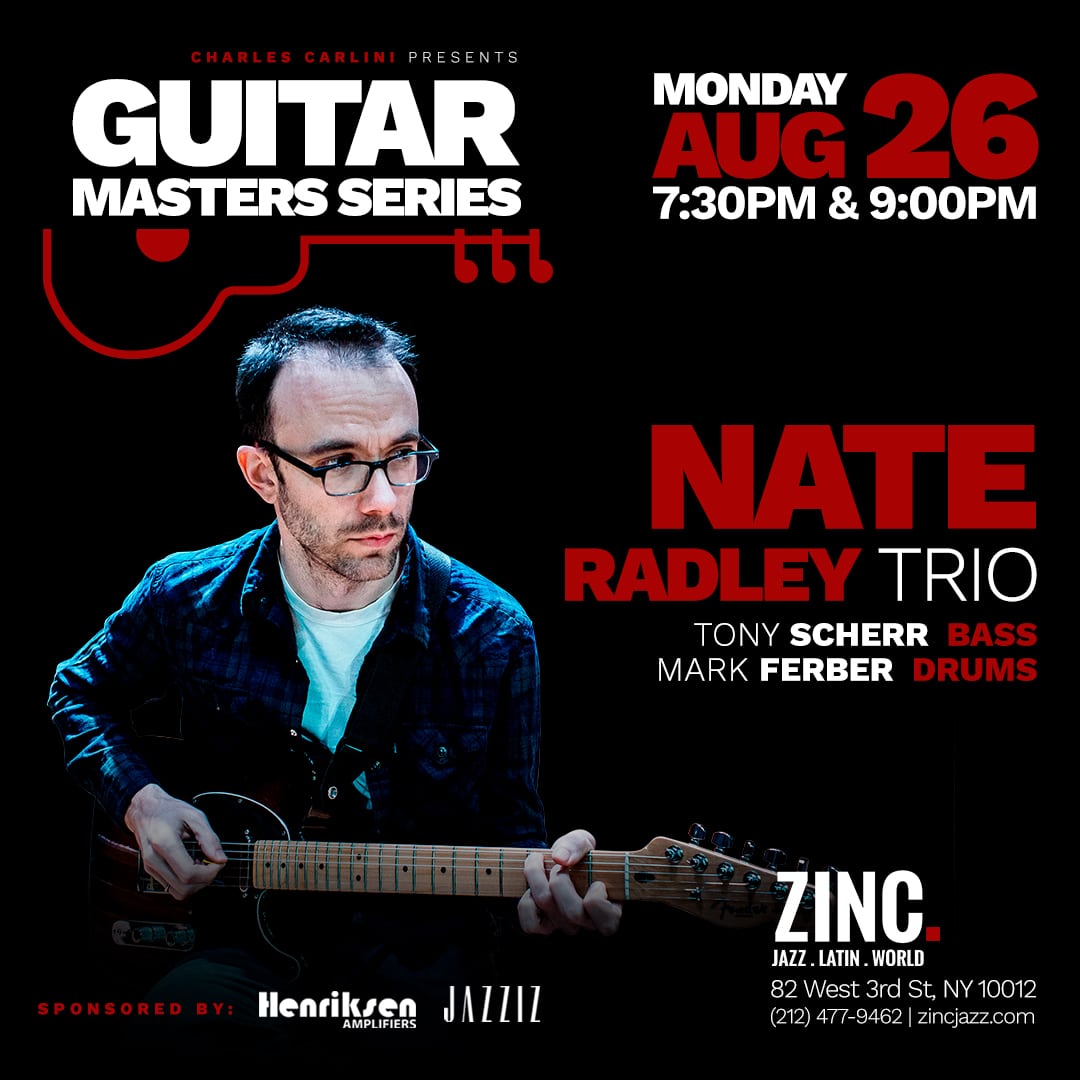 “One of the tastiest and most consistent players on the scene” —David R. Adler, New York City Jazz Record

Nate Radley was born in Concord NH and is a New York City-based guitarist and composer. He has recorded four albums as a leader, the most recent of which is a series of original duets performed with guitarist Ben Monder and entitled “Eight Guitar Duets.” His other recordings appeared on the Fresh Sound/New Talent and Steeplechase jazz labels. He has appeared on over 40 albums as a sideman and has performed with artists such as Adam Nussbaum, Ingrid Jensen, Rich Perry, Loren Stillman, Alan Ferber, and the Maria Schneider Orchestra. He has performed throughout the U.S., Canada, and Europe and at festivals such as the North Sea Jazz Festival and the Montreal Jazz Festival. Nate is currently on the jazz faculty at Princeton University.