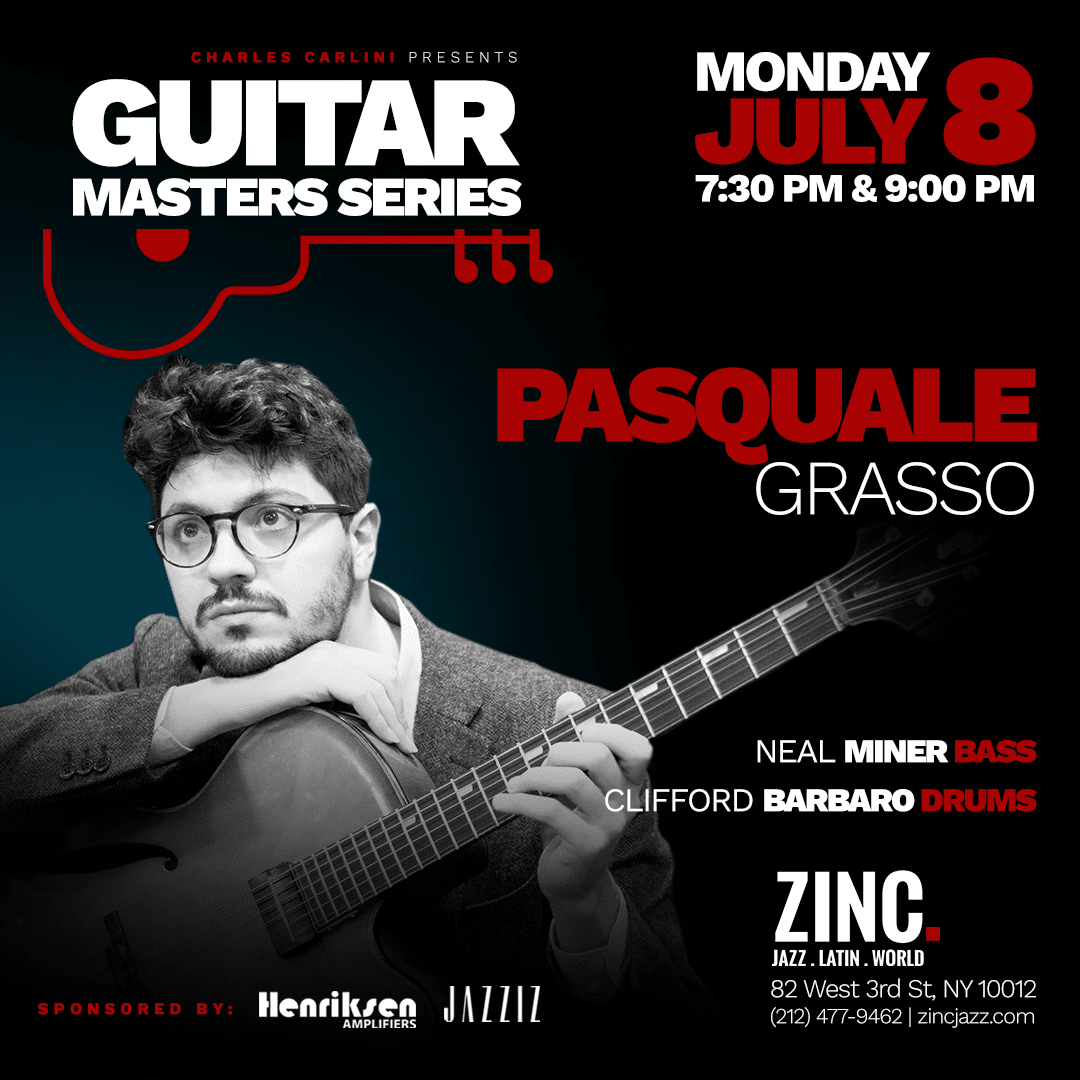 One of the most strikingly unique artists of his generation, Pasquale Grasso has undoubtedly changed the way the world views jazz guitar. Born in Ariano Irpino, Pasquale began playing guitar at a very young age. By the summer of 1997, his parents, who recognized the depth of their young son’s talent, sought out the instruction of jazz innovator, Agostino Di Giorgio. A former pupil of Chuck Wayne, Di Giorgio immediately took interest in Pasquale, whose prodigious aptitude for the instrument flourished as the young guitarist quickly became his closest pupil. From that point, it wouldn’t be long before news of this talent spread.

Barry Harris, the world-renowned jazz educator and bebop piano master, became an extraordinary influence when Pasquale attended his jazz workshop in Switzerland during the summer of 1998. Harris, contemporary of Miles Davis, Sonny Stitt, and Cannonball Adderley, took Pasquale and his brother, Luigi, under his wing. Over the span of the next 5 years, the Grasso brothers became pillars of Harris’ international workshops and were quickly promoted from mere attendees to instructors for the other students. Pasquale was named Harris’ guitar teaching assistant and for the last ten years he has conducted workshops in Italy, Switzerland, France, Spain, Holland, and Slovenia.