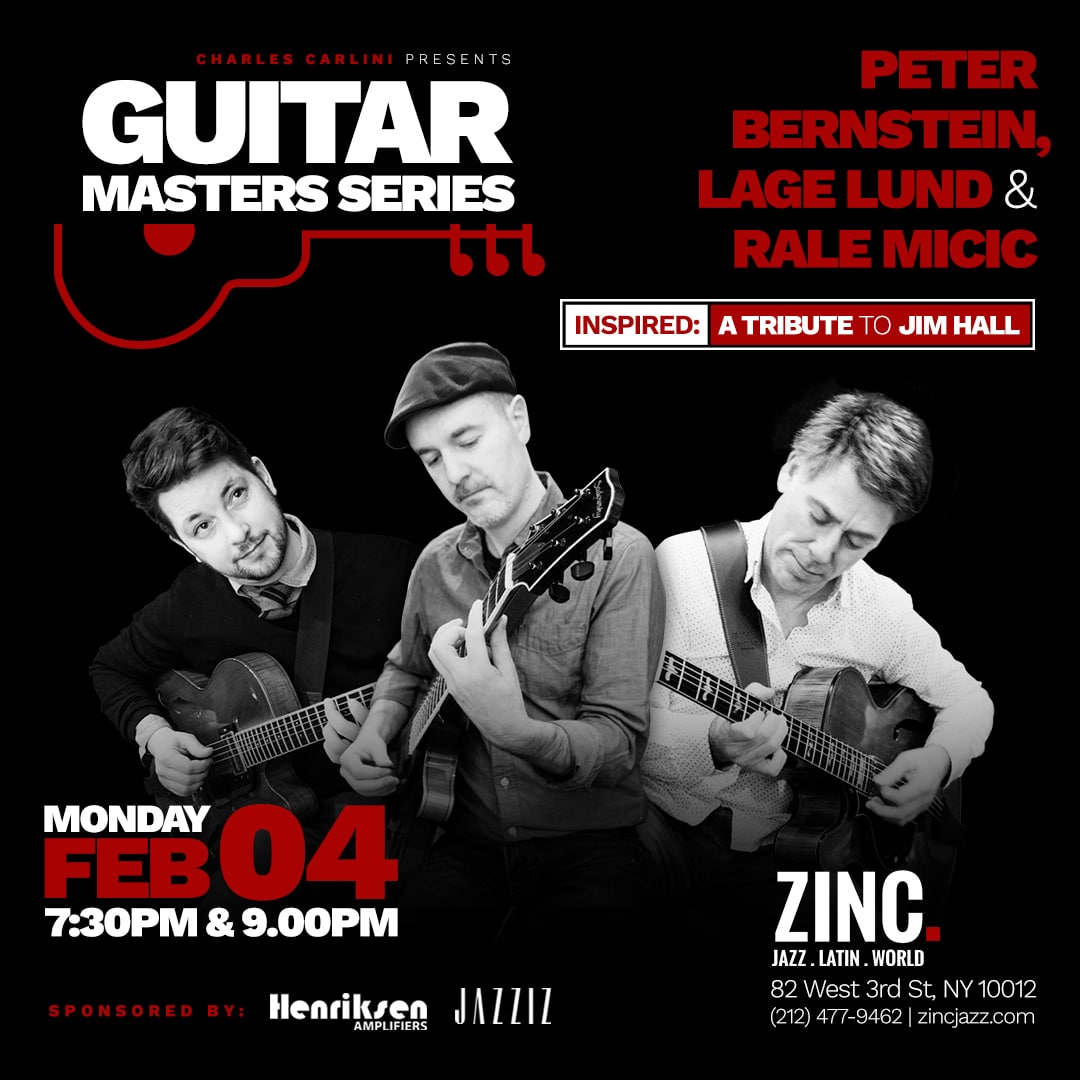 Peter Bernstein has been a part of the jazz scene in New York and abroad since 1989, participated in over 80 recordings and numerous festivals, concert and club performances with musicians from all generations including Sonny Rollins, Lee Konitz, Nicholas Payton, and Joshua Redman.

Lage Lund, an award-winning guitarist from Norway is one of the finest guitarists of his generation, performing with groups such David Sanchez Quartet, Maria Schneider Orchestra, Seamus Blake and the Mingus Orchestra. He is among artists setting the agenda for jazz improvisation in the 21st century.

Rale Micic, one of the most successful and critically acclaimed jazz musicians to emerge from Serbia. Audiences throughout the world have been captivated by Micic’s mesmerizing music, exploring the interaction between his Serbian musical roots and his extensive knowledge of jazz. He has worked with the jazz artists such as Tom Harrell, Marsalis Brothers, etc.