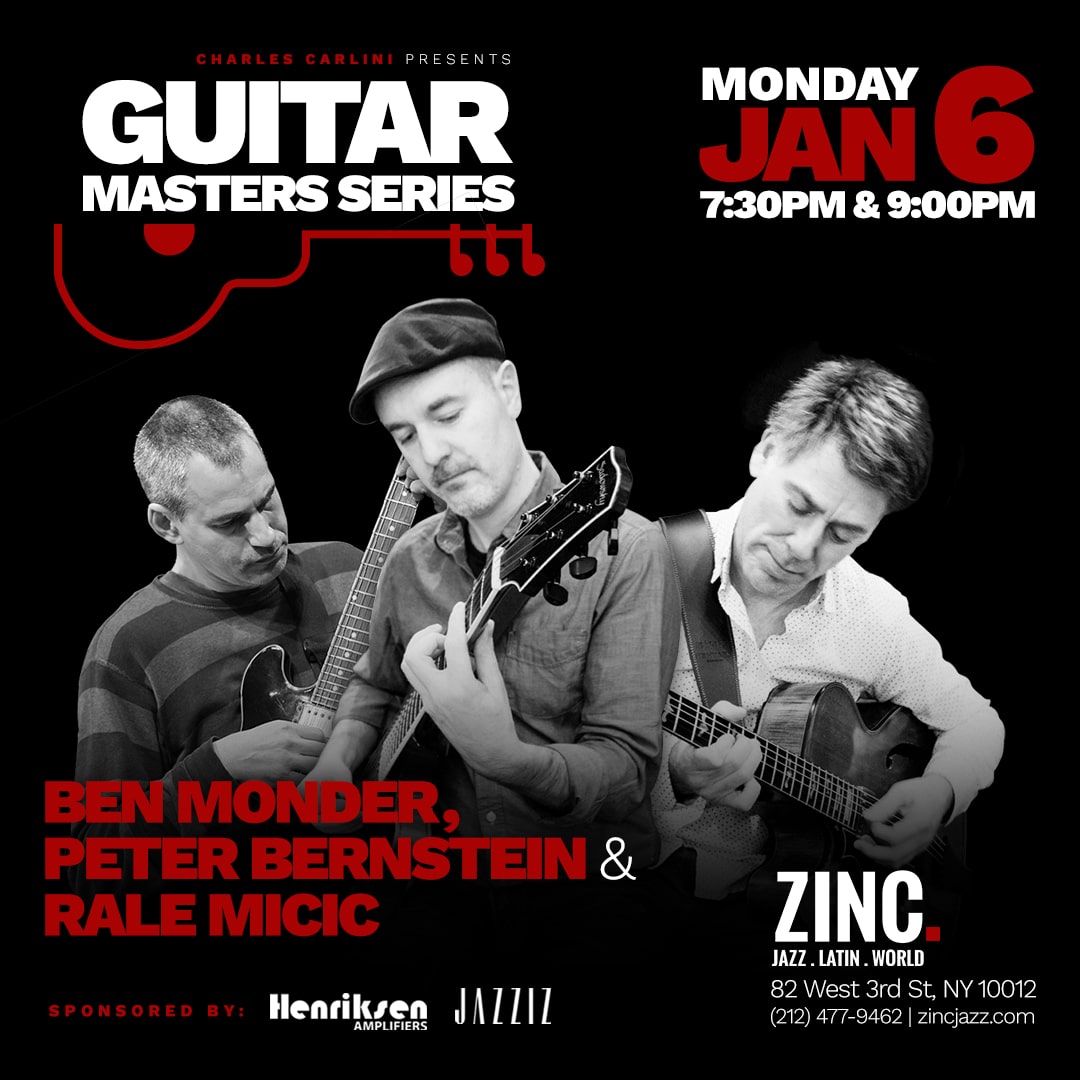 Peter Bernstein has been a part of the jazz scene in New York and abroad since 1989, participated in over 80 recordings and numerous festivals, concert and club performances with musicians from all generations including Sonny Rollins, Lee Konitz, Nicholas Payton, and Joshua Redman.

A musician in the New York City area for over 30 years, Ben Monder has performed with a wide variety of artists, including Jack McDuff, Marc Johnson, Lee Konitz, Billy Childs, Andrew Cyrille, George Garzone, Paul Motian, Maria Schneider, Louis Cole, Marshall Crenshaw, and Jandek. He also contributed guitar parts to the last David Bowie album, “Blackstar”. Ben conducts clinics and workshops around the world and has served on the faculties of the New England Conservatory and the New School. He was the recipient of a Doris Duke Impact Award in 2014, and a Shifting Foundation grant in 2013.  Ben continues to perform original music internationally in solo and trio settings, and in a long-standing duo project with vocalist Theo Bleckmann. He has appeared on over 200 CDs as a sideman, and has released 7 as a leader: Day After Day (Sunnyside, 2019) Amorphae (ECM, 2015), Hydra (Sunnyside, 2013), Oceana (Sunnyside, 2005), Excavation (Arabesque, 2000), Dust (Arabesque, 1997), and Flux (Songlines,1995).

Rale Micic, one of the most successful and critically acclaimed jazz musicians to emerge from Serbia. Audiences throughout the world have been captivated by Micic’s mesmerizing music, exploring the interaction between his Serbian musical roots and his extensive knowledge of jazz. He has worked with jazz artists such as Tom Harrell, Marsalis Brothers, etc.