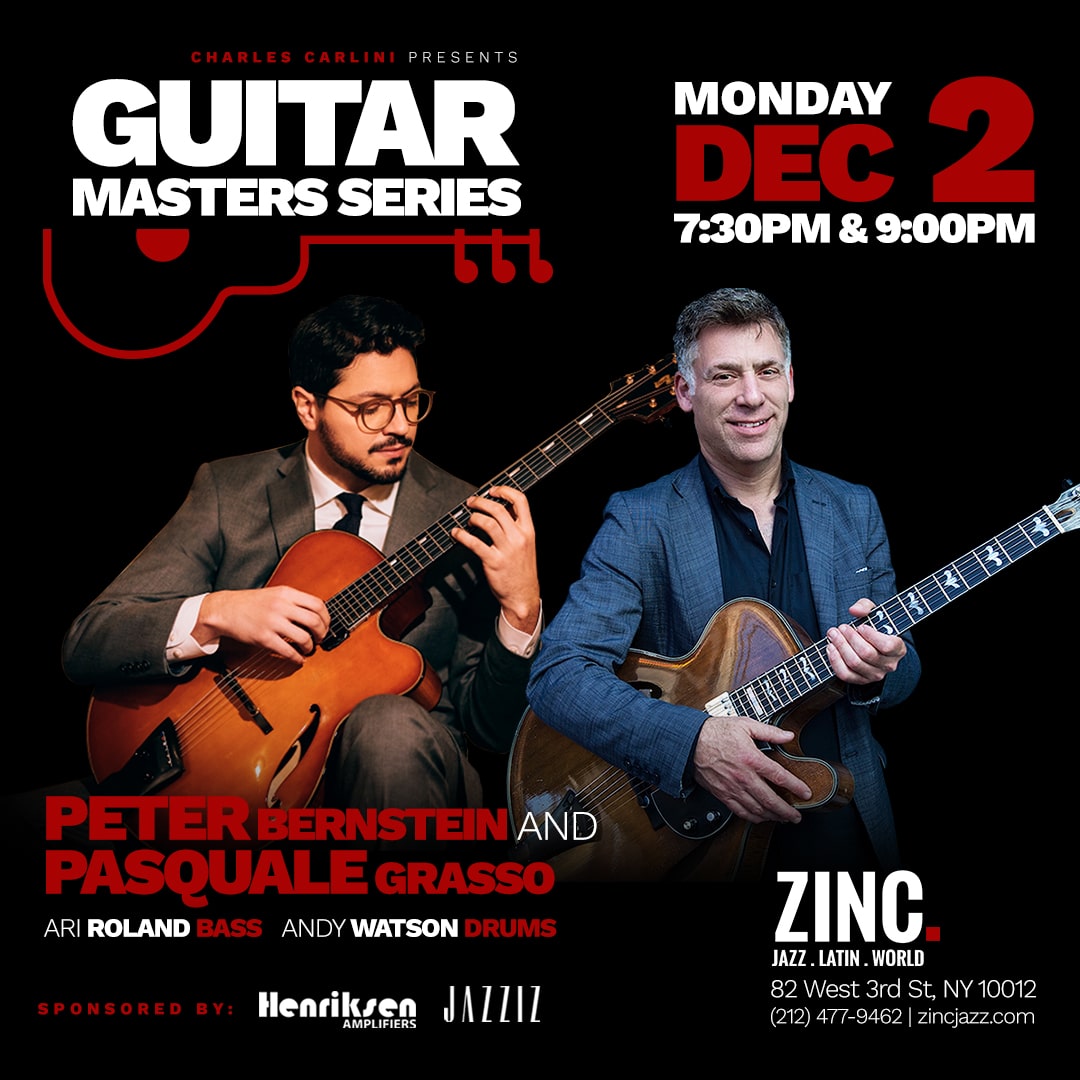 “Mr. Bernstein is a fluidly improvising guitarist in the post-bop tradition, with control over harmony and a beautiful sound.” —The New York Times

Jazz guitarist Peter Bernstein has been a part of the jazz scene in New York and abroad since 1989. During that time he has participated in over 80 recordings and numerous festival, concert and club performances with musicians from all generations. As a leader, Peter has released nine albums and a DVD, Live at Smoke.

From 1995 through 1997, Peter was a member of Joshua Redman’s band and played on Redman’s Freedom in the Groove CD. He played with Diana Krall’s quartet from 1999 through 2001 and with Dr. Lonnie Smith, the legendary organist who made his debut on the George Benson Cookbook albums. He has also recorded five CDs with organist Melvin Rhyne, known for his association with Wes Montgomery. In addition, Peter has appeared in groups led by Nicholas Payton, Sonny Rollins, Lee Konitz, Tom Harrell, and Eric Alexander.

One of the most strikingly unique artists of his generation, Pasquale Grasso has undoubtedly changed the way the world views jazz guitar. Born in Ariano Irpino, Pasquale began playing guitar at a very young age. By the summer of 1997, his parents, who recognized the depth of their young son’s talent, sought out the instruction of jazz innovator, Agostino Di Giorgio. A former pupil of Chuck Wayne, Di Giorgio immediately took interest in Pasquale, whose prodigious aptitude for the instrument flourished as the young guitarist quickly became his closest pupil. From that point, it wouldn’t be long before news of this talent spread.

Barry Harris, the world-renowned jazz educator and bebop piano master, became an extraordinary influence when Pasquale attended his jazz workshop in Switzerland during the summer of 1998. Harris, contemporary of Miles Davis, Sonny Stitt, and Cannonball Adderley, took Pasquale and his brother, Luigi, under his wing. Over the span of the next 5 years, the Grasso brothers became pillars of Harris’ international workshops and were quickly promoted from mere attendees to instructors for the other students. Pasquale was named Harris’ guitar teaching assistant and for the last ten years he has conducted workshops in Italy, Switzerland, France, Spain, Holland, and Slovenia.