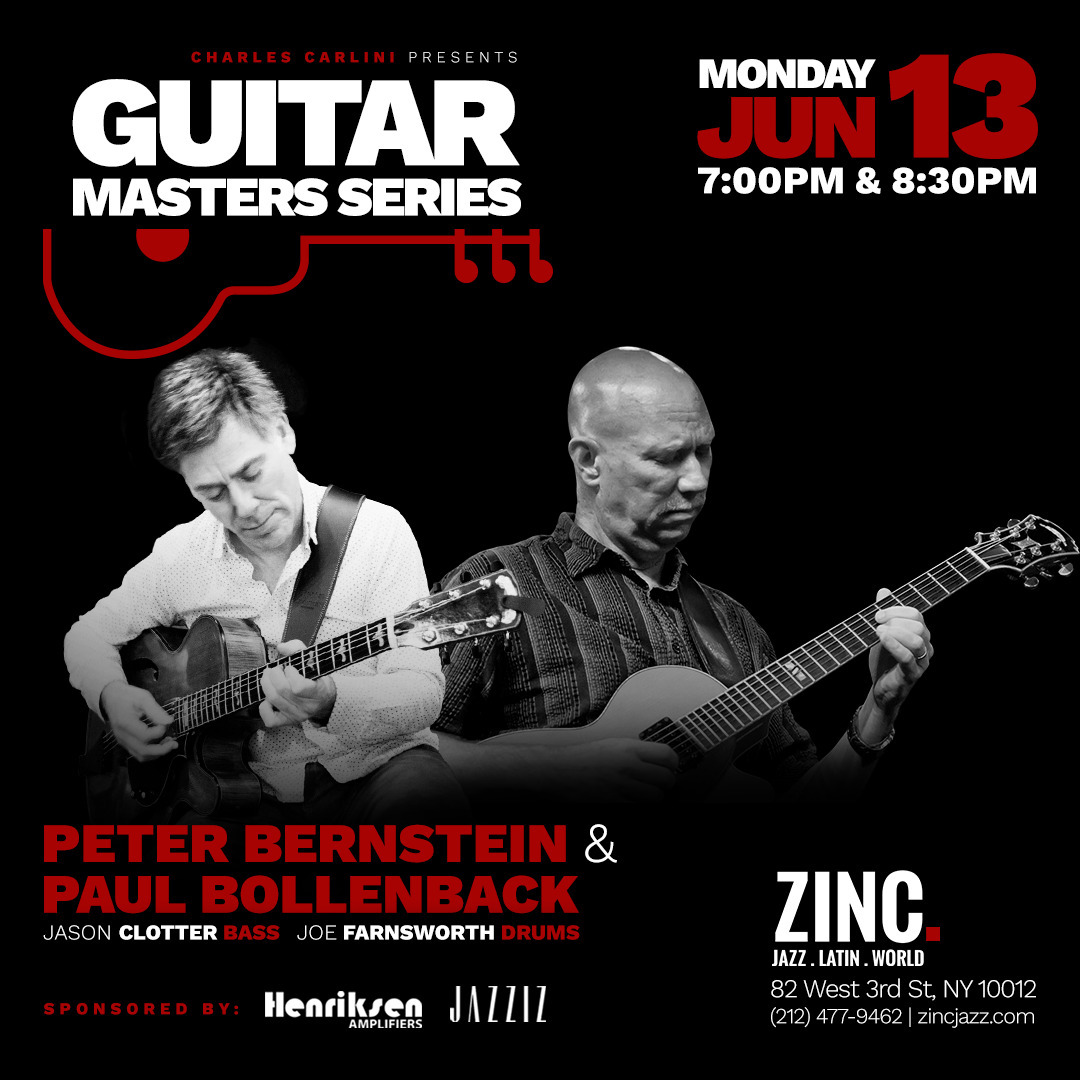 “Mr. Bernstein is a fluidly improvising guitarist in the post-bop tradition, with control over harmony and a beautiful sound.”

Jazz guitarist Peter Bernstein has been a part of the jazz scene in New York and abroad since 1989. During that time he has participated in numerous recordings and performances with musicians from all generations. As a leader, Peter has released nine albums and a DVD. As a sideman, Peter has appeared in groups led by Sonny Rollins, Bobby Hutcherson, George Coleman, Lou Donaldson, Dr. Lonnie Smith, Fathead Newman, Joshua Redman, Brad Mehldau, Diana Krall, Lee Konitz, Jimmy Cobb, and many more. Current projects include his album, Monk, with Doug Weiss and Bill Stewart, a recently released solo record, Solo Guitar—Live at Smalls, and the highly acclaimed organ trio with organist Larry Goldings and drummer Bill Stewart.

Paul Bollenback, a thinking person’s jazz guitarist with a clean ‘n’ fat tone and a barrel full of chops, has been impressing listeners as a sideman and, increasingly, as a leader in recent years. But inquisitive minds want to know: Is he mainstream? Left-of-mainstream? Or a work-in-progress? Probably all of the above. Bollenback has been heard alongside saxophonists Gary Thomas, Gary Bartz, and especially as a commanding, critical 1/3 of Joey DeFrancesco’s organ trio.