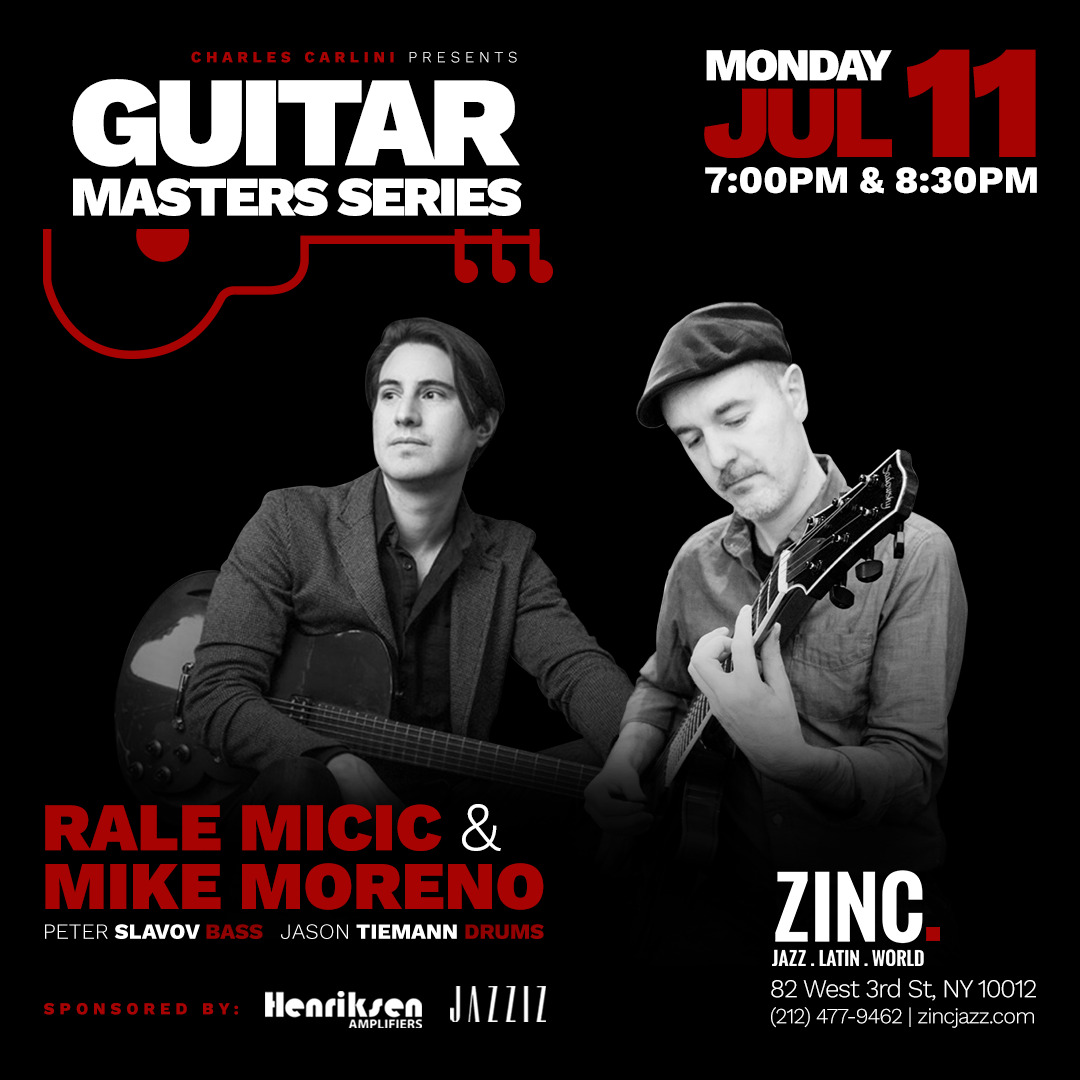 Mike Moreno is a masterful composer, with a sense of sophistication that belies his age, and an extraordinary improviser…

Rale Micic is one of the most successful and critically acclaimed jazz musicians to emerge from Serbia. Audiences throughout the world have been captivated by Micic’s mesmerizing music, exploring the interaction between his Serbian musical roots and his extensive knowledge of jazz. Micic has worked with jazz artists such as Tom Harrell, Don Friedman, Eric Alexander, Jason, Delfeayo Marsalis, etc. He is a member of Tom Harrell Chamber Ensemble and is featured on the critically acclaimed release First Impression (2015 High Note). Rale Micic plays Sadowsky Guitars and D’Addario strings.