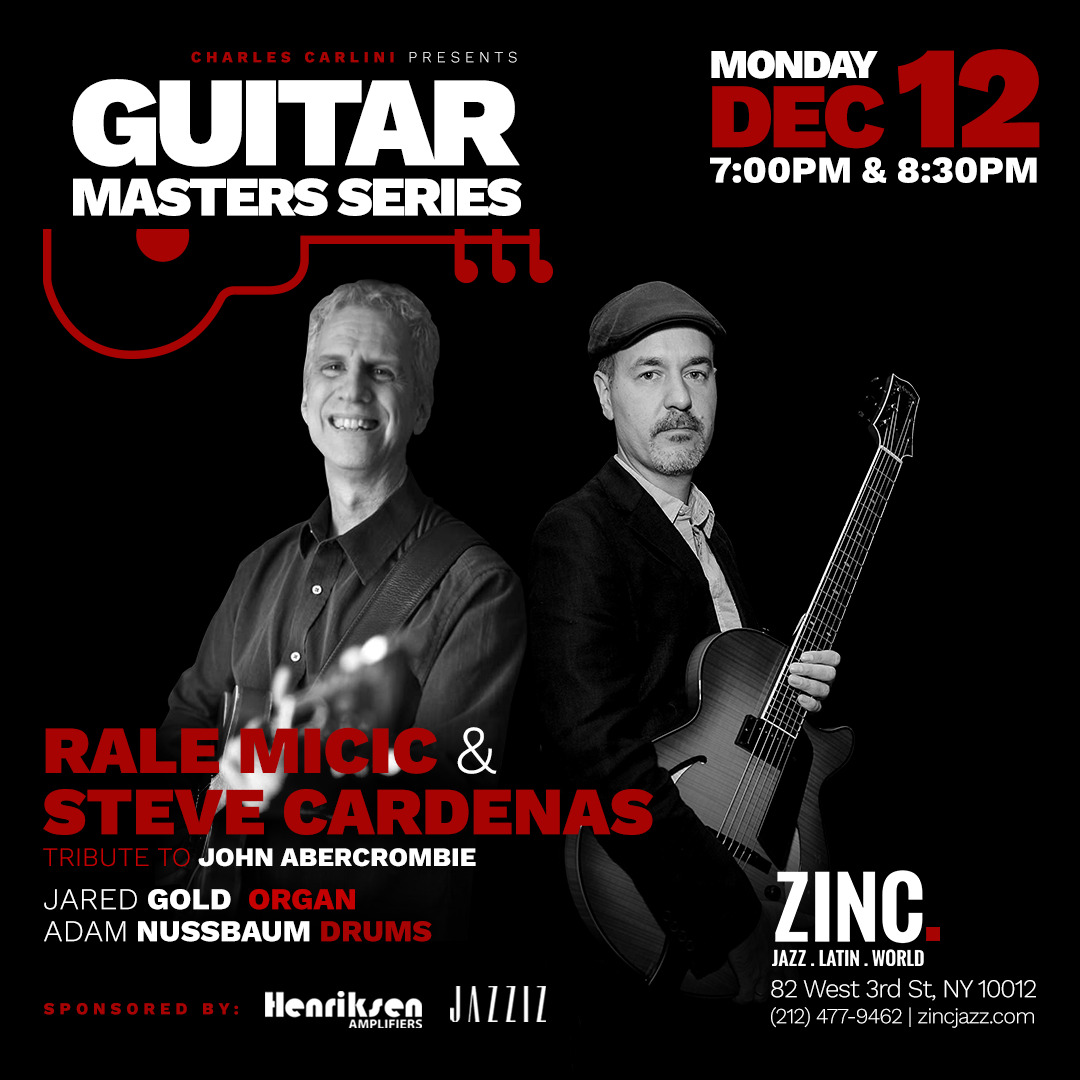 “Steve Cardenas is an earthbound jazz guitarist, more at home with the stir of a rhythm section than the whoosh of solo heroics. This makes him a pervasive but subtle presence on the scene.”

Acclaimed jazz guitarists Rale Micic and Steve Cardenas bring their formidable quartet to Zinc on Monday, December 12 to celebrate the music of John Abercrombie. They’re supported by Jared Gold on organ and Adam Nussbaum on drums.

Rale Micic is one of the most successful and critically acclaimed jazz musicians to emerge from Serbia. Audiences throughout the world have been captivated by Micic’s mesmerizing music, exploring the interaction between his Serbian musical roots and his extensive knowledge of jazz. Micic has worked with jazz artists such as Tom Harrell, Don Friedman, Eric Alexander, Jason, Delfeayo Marsalis, etc. He is a member of the Tom Harrell Chamber Ensemble and is featured on the critically acclaimed release First Impression (2015 High Note). Rale Micic plays Sadowsky Guitars and D’Addario strings.

Steve Cardenas has many diverse credits as a performer and recording artist. Beginning his musical career in his hometown of Kansas City, he has been an integral part of the New York City jazz community since 1995. Steve has performed with many well-known and highly esteemed musicians. Notably, he was a longstanding member of the Paul Motian Electric Bebop Band (which later became the Paul Motian Octet) as well as Joey Baron’s band, Killer Joey. Steve is currently a member of the Charlie Haden Liberation Music Orchestra, Steve Swallow Quintet, and the Ben Allison Band. He has toured the U.S., Canada, Europe, and South America extensively, performing at numerous jazz festivals, including the North Sea Jazz Festival and Montreux Jazz Festival. In addition, Steve leads his own trio, performing at various venues around New York City.