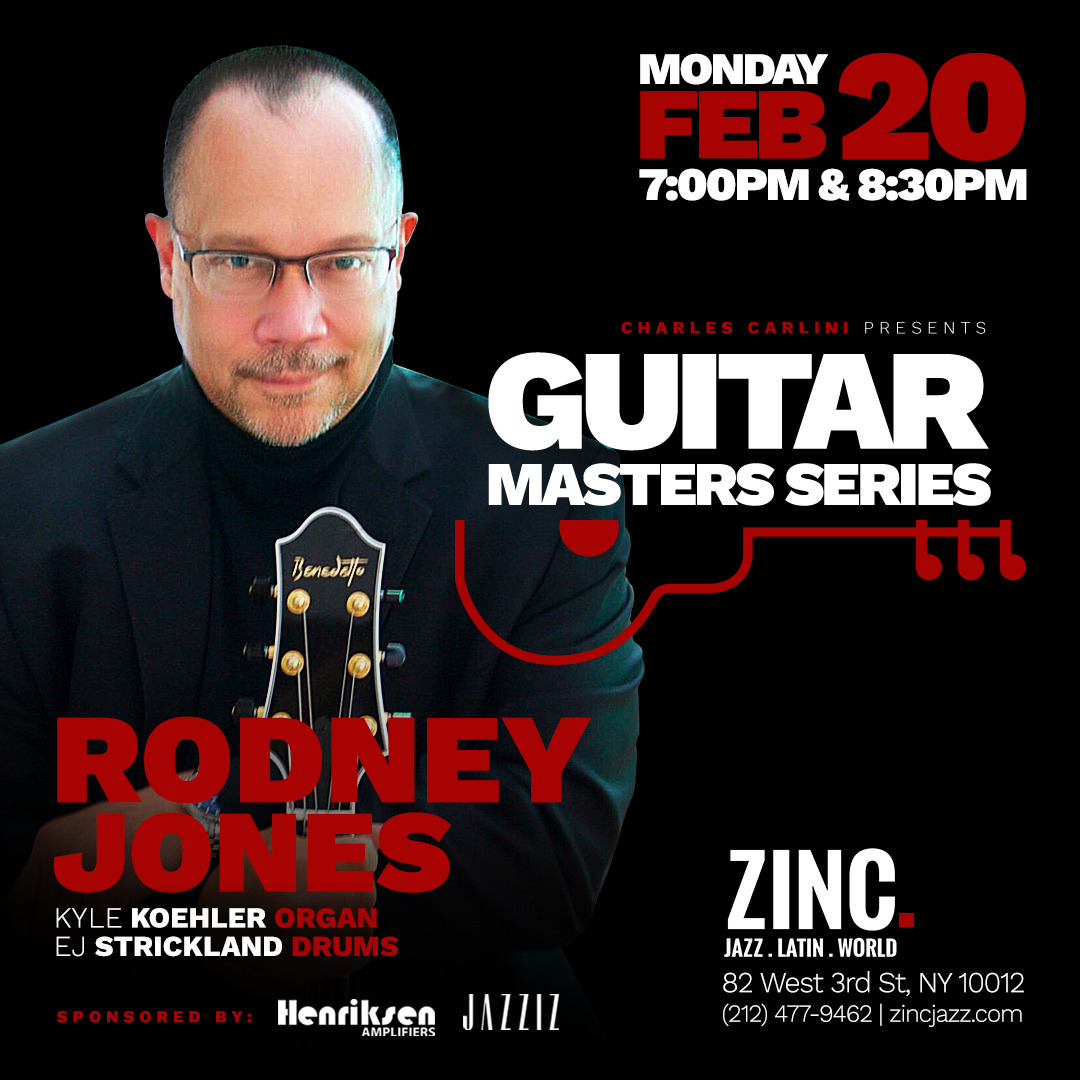 “Rodney Jones is a legend among musicians especially guitarists. He is worthy of the ears of any music listener.”

Get ready for a night of unforgettable jazz music as the highly acclaimed guitarist, Rodney Jones, takes the stage at Zinc jazz club with his powerful quartet! Joining him on the stage will be Kyle Koehler on organ and E. J. Strickland on drums for a musical extravaganza you won’t want to miss.

Rodney has been entertaining audiences with his virtuosic guitar playing for over 6 decades. From his early beginnings at age 6 to his present-day status as a musical icon, Rodney has performed and recorded with some of the biggest names in music, including Dizzy Gillespie, Stevie Wonder, and James Brown, to name a few.

As a prolific composer, Rodney has more than 125 compositions recorded, and his musical contributions extend far beyond the stage. He served as Musical Director and Producer for some of the greatest voices in jazz, such as Lena Horne and Ruth Brown. And as a professor of Jazz Guitar Studies at The Juilliard School and The Manhattan School of Music, Rodney has inspired countless young musicians and conducted workshops around the world.

Don’t miss your chance to see Rodney Jones live in action at Zinc jazz club on February 20th! Showtimes are at 7 pm & 8:30 pm, with tickets starting at $25 in advance or $30 at the door. Head over to https://www.zincjazz.com for more information and to secure your seat for a night of unforgettable jazz music!