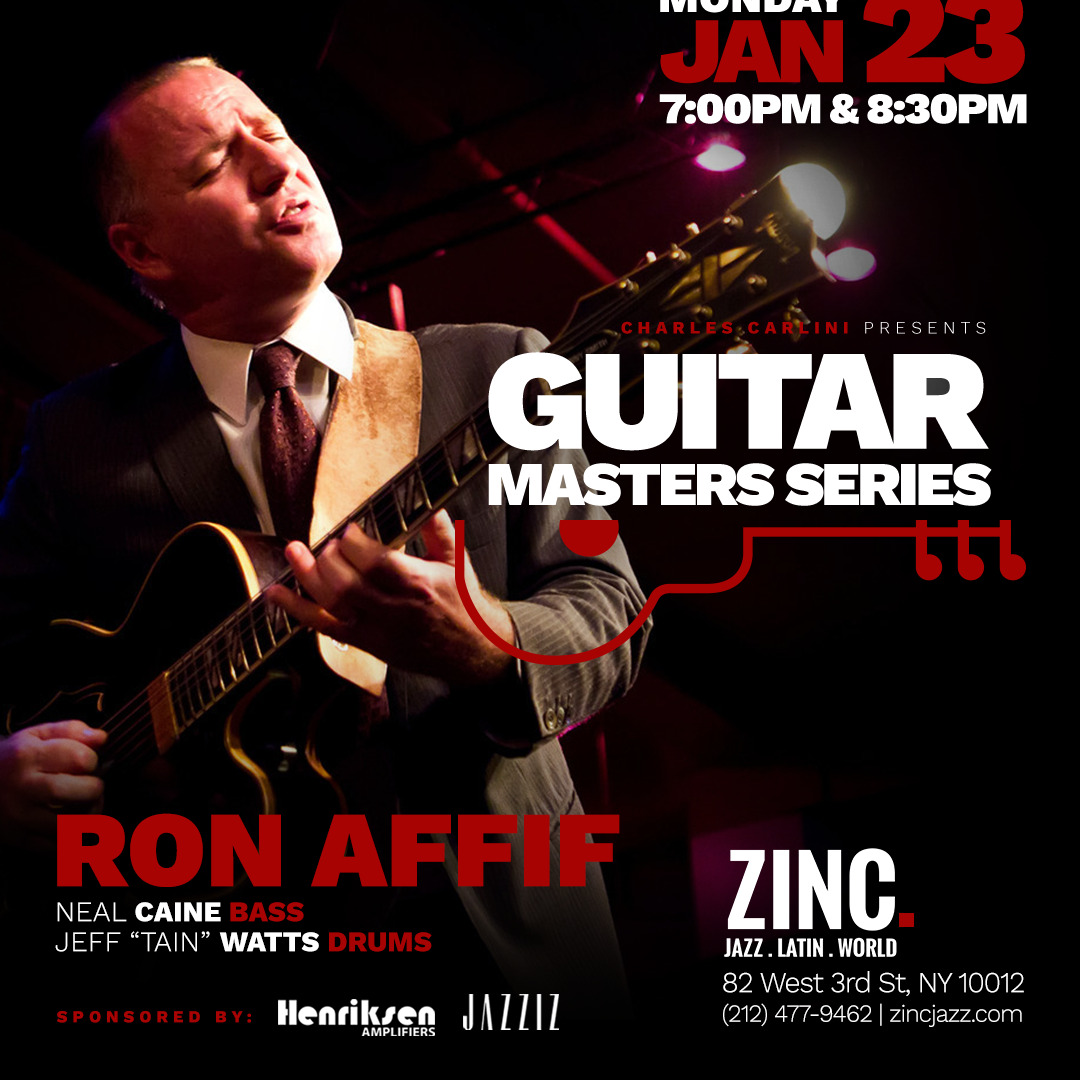 Join us as acclaimed jazz guitarist Ron Affif and his formidable trio take the stage at Zinc. Supported by bassist Neil Caine and drummer Jeff “Tain” Watts, this is a performance you won’t want to miss.

Ron Affif is known for his unique approach to jazz, playing with a muscular realism as he explores new expression in classic tunes from the Great American Songbook. The nephew of guitarist Ron Anthony, Affif received his first guitar lesson from his uncle at the age of 12 and later moved to Los Angeles in 1984 to play with a number of renowned musicians, including Dick Berk, Dave Pike, and Jack Sheldon. He later moved to New York, where he has primarily worked as a leader, releasing several albums for Pablo. Influenced by Joe Pass and George Benson, Affif is an accomplished bop-based guitarist who is sure to impress with his talent.

Showtimes are at 7:00 pm & 8:30 pm. Tickets are available in advance for $25 or can be purchased on the day of the show for $30. For more information, please visit http://zincjazzcom.