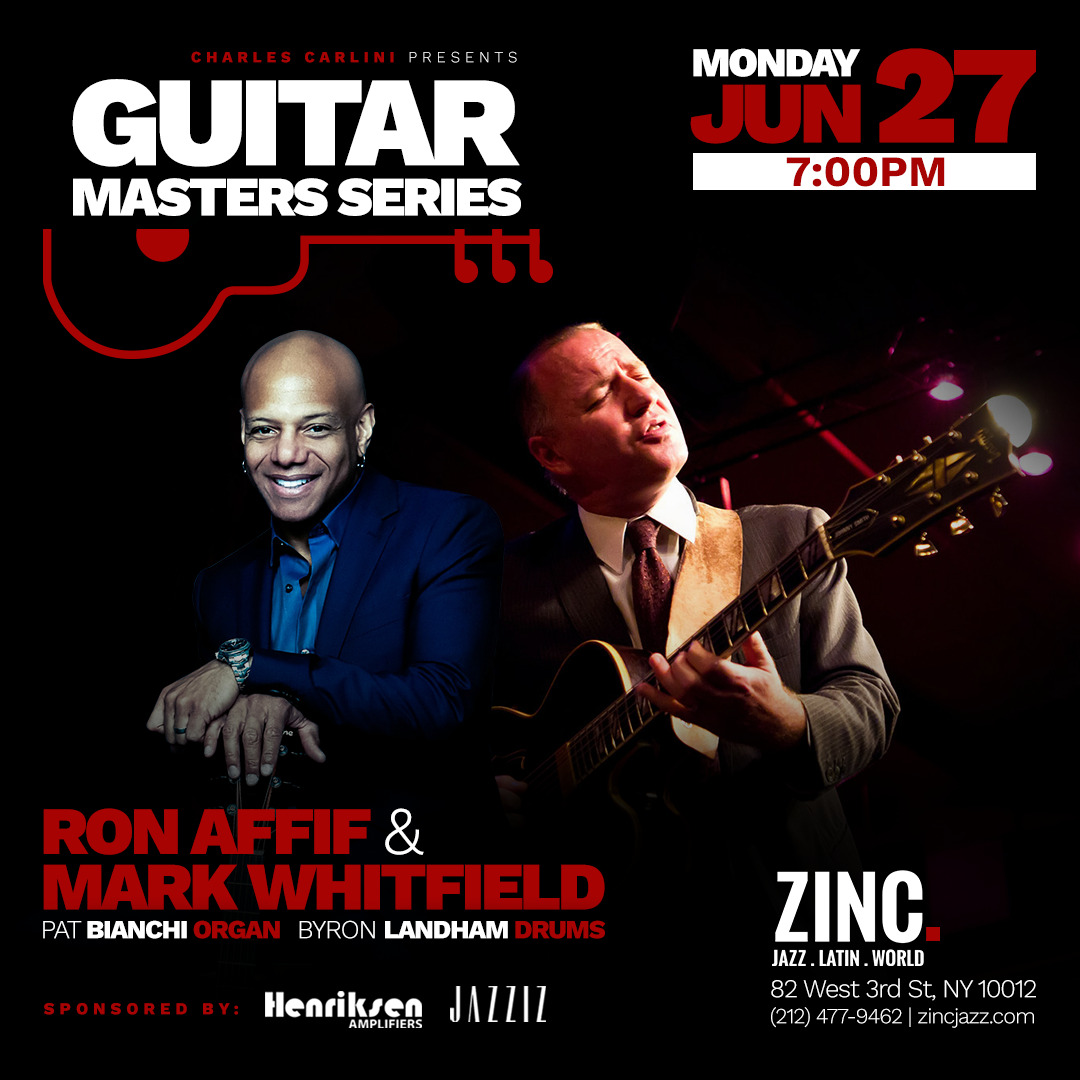 “The best young guitarist in the business.” —The New York Times

Ron Affif has gained a reputation for his personal approach to jazz, playing with a muscular realism as he looks for new expression in tunes from the Great American Songbook. The nephew of guitarist Ron Anthony (who played with George Shearing and Frank Sinatra), Ron Affif received his first guitar lesson from his uncle when he was 12. After high school, he moved to Los Angeles in 1984, playing with Dick Berk, Dave Pike, Pete Christlieb, and Jack Sheldon and recording a quartet date for the R.A. Records label in 1987. Two years later, he moved to New York and has since worked mostly as a leader. Affif, an excellent bop-based guitarist whose style was influenced a bit by Joe Pass and George Benson (both of whom in turn enjoyed his playing), has recorded several impressive albums for Pablo.