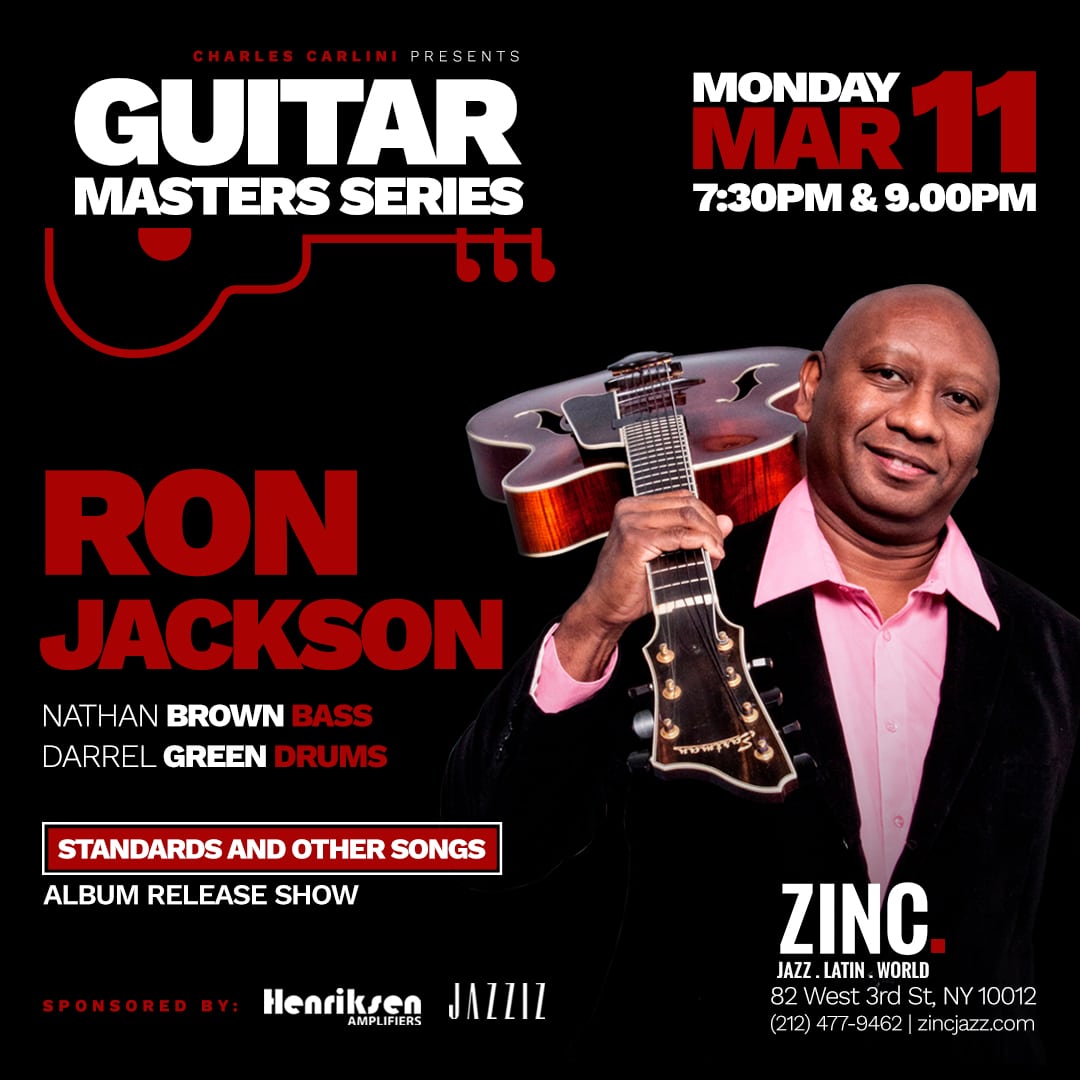 “Ron is a badass on guitar. Performing with him makes me feel like a badass too.” —Sinem Saniye, World-renowned Turkish Pop and Jazz vocalist

New York jazz 6 and 7 string master guitarist Ron Jackson is a composer, arranger, producer, recording artist, instructor, and writer. Ron is currently Contributor/Writer for Acoustic Guitar Magazine. Ron has performed and recorded in over 30 countries as a bandleader and ensemble performer, and is well established on the international jazz scene.

Ron’s style of guitar playing and composing is a blend of jazz and other American styles such as soul, rhythm and blues, pop, as well as Caribbean and Latin, having been influenced by his Philippine roots. He brings it all together in his unique approach to playing jazz guitar. Considered one of the most versatile guitarists in the world, he is adept in styles such as African, Rock, R+B, Brazilian, Pop, Country, Calypso, Reggae, Soul, Funk, and Classical, but his greatest passion has always been jazz. Ron has 8 jazz guitar albums to his credit as a leader.