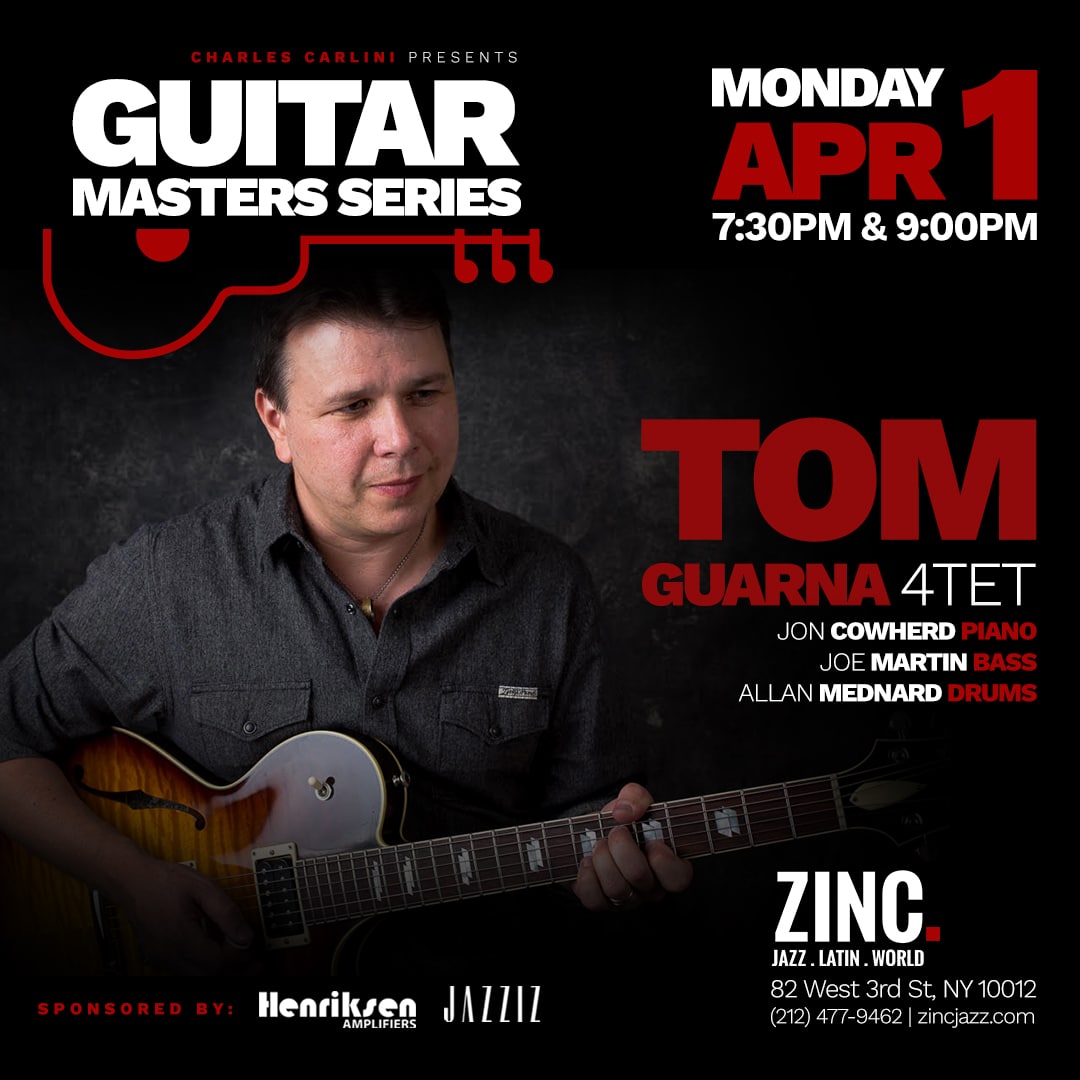 Guitarist Tom Guarna teams with pianist John Cowherd, bassist Joe Martin, and drummer Allan Mednard to showcase some of his original compositions from his latest album The Wishing Stones.