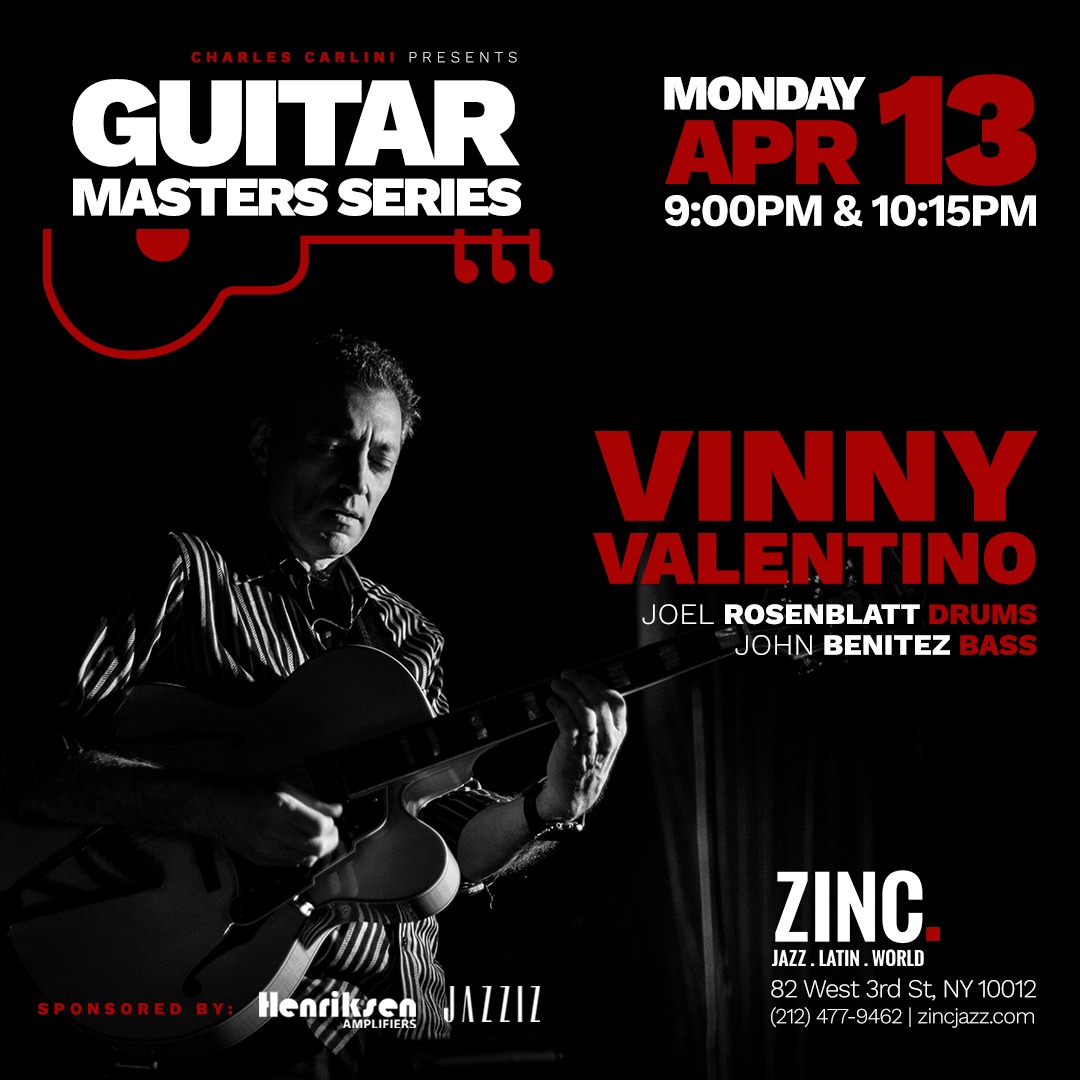 “Valentino does it all. He’s modern and eclectic, but also distinctive and well-rooted.”
—The Roanoke Times

Versatile is an understatement when describing guitarist and composer, Vinny Valentino. Playing guitar since age six, this native Virginian began touring in a progressive rock band while still in high school. At age 16, influenced by the music of George Benson, Vinny began pursuing Jazz as a career. He recalls, “The turning point for me was hearing George Benson in concert; I had never heard anybody play like that. It was an eye-opening experience.”

Vinny earned his Bachelor of Music in Jazz Studies at Howard University. He began his musical studies at Northern Virginia Community College and continued them at George Mason University before concentrating on jazz at Howard. In 1988, he released his first solo recording entitled, Vinny Valentino, and now has twelve recordings to his credit.