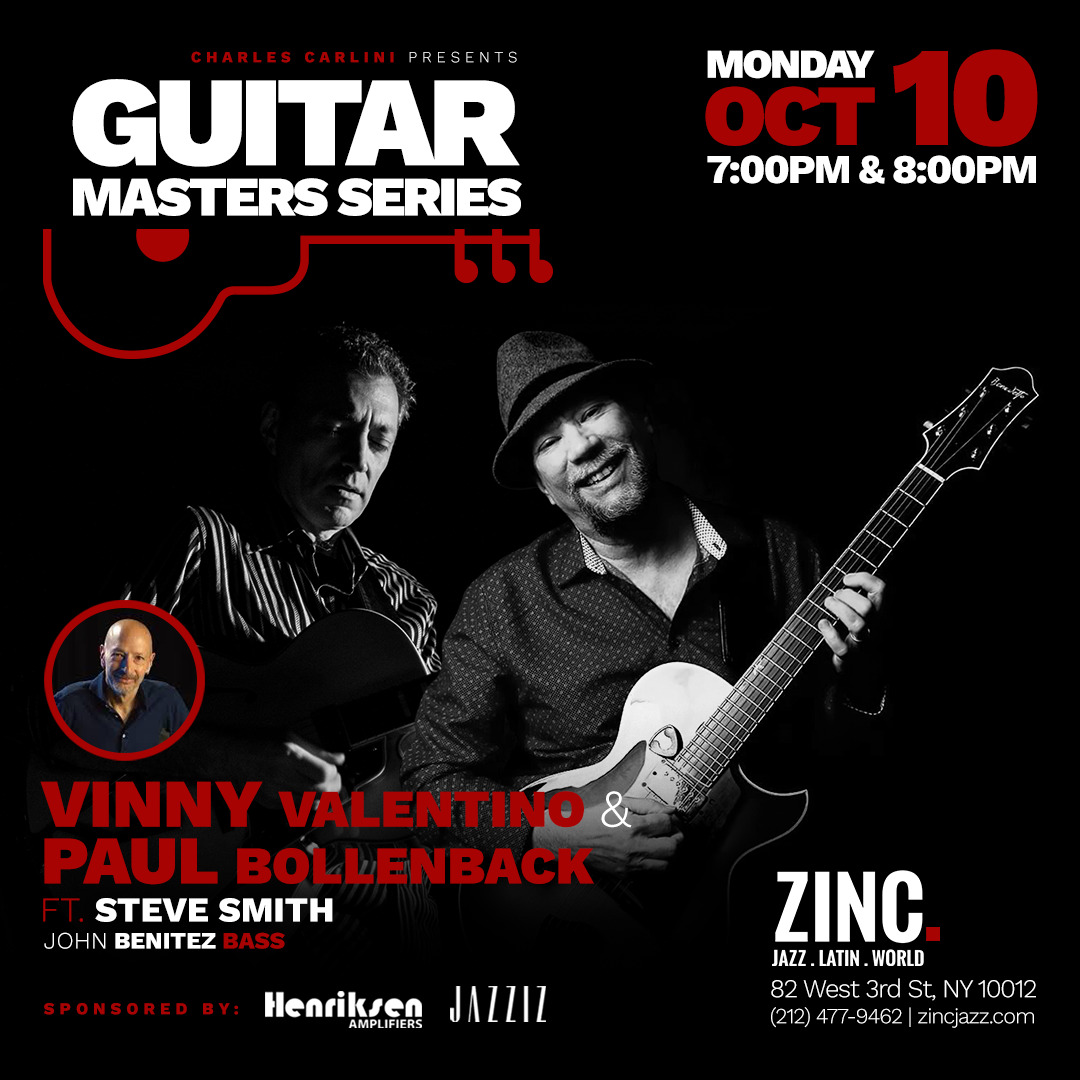 “Valentino does it all. He’s modern and eclectic, but also distinctive and well-rooted.” —The Roanoke Times

Versatile is an understatement when describing guitarist and composer Vinny Valentino. Playing guitar since age six, this native Virginian began touring in a progressive rock band while still in high school. At age 16, influenced by the music of George Benson, Vinny began pursuing Jazz as a career. He recalls, “The turning point for me was hearing George Benson in concert; I had never heard anybody play like that. It was an eye-opening experience.”

Paul Bollenback, a thinking person’s jazz guitarist with a clean ‘n’ fat tone and a barrel full of chops, has been impressing listeners as a sideman and, increasingly, as a leader in recent years. But inquisitive minds want to know: Is he mainstream? Left-of-mainstream? Or a work-in-progress? Probably all of the above. Bollenback has been heard alongside saxophonists Gary Thomas, Gary Bartz, and especially as a commanding, critical 1/3 of Joey DeFrancesco’s organ trio.