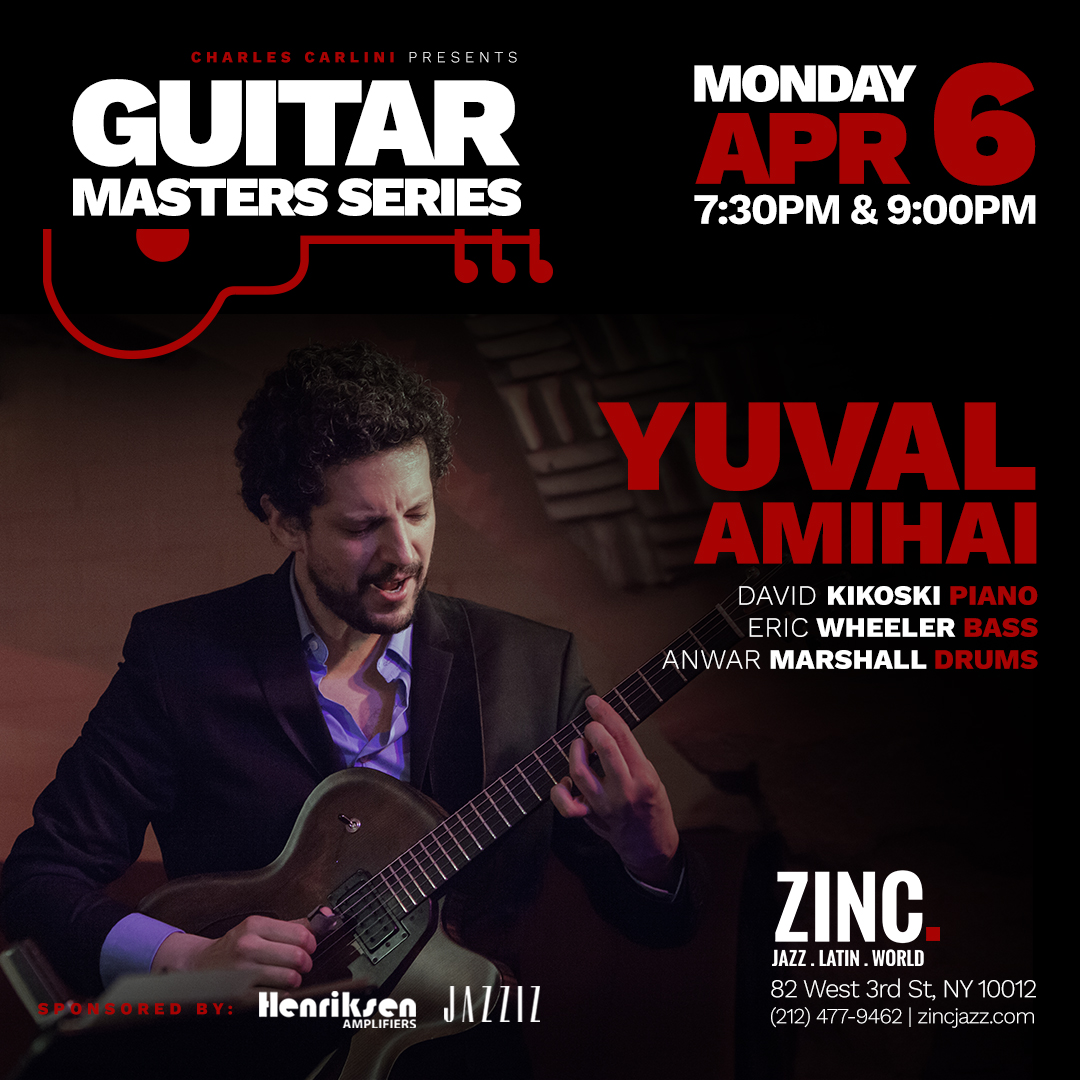 He performed regularly with his band in Paris’ most famous jazz clubs (such as Sunset/Sunside, Baiser Salé, and Duc des Lombards), and in many more venues and festivals throughout France and Europe.

In 2012 he released his first album featuring mostly his original compositions, strongly echoing the sounds and culture he absorbed growing up in Israel. Following the release, Yuval won a full grant from the French Copyright Organization, Sacem.

In the next few years, he released two more albums as a bandleader, mostly in a trio format and focusing more on classic jazz standards. His last album was released on the renowned label Fresh Sound New Talent. All three albums were acclaimed by critics and were featured in national and local radio station playlists, newspapers, jazz magazines, and websites.

In 2018 Yuval decided to relocate for the second time and moved New York City, following his musical path and passion. Once again, soon after his arrival he became highly involved in the local jazz scene and started to perform regularly at some of the city’s most famous jazz clubs, including Mezzrow Jazz Club, Bar Next Door, Jules Bistro and Café Bohemia, sharing the stage with many the scene’s top musicians and jazz greats.