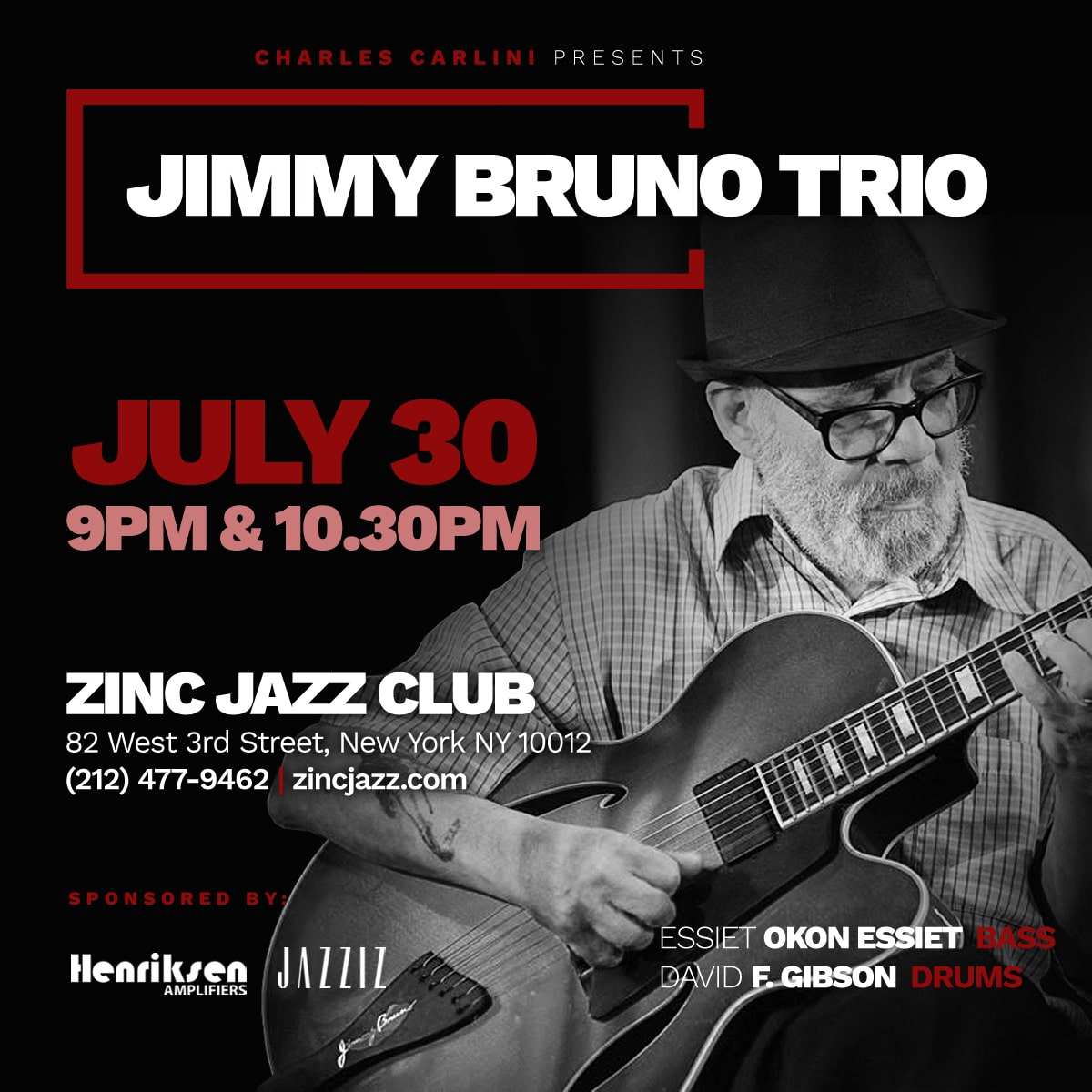 “Jazz guitarists just dont come any better. Jimmy Bruno combines a dazzling virtuoso technique with drive and swing to produce, in concert and on record, superb and inspired lyrical improvisations.”
—Maurice J. Summerfield, British author of the definitive and highly regarded The Jazz Guitar Guide and The Classical Guitar Guide

One of the most critically acclaimed jazz guitarists performing today, Jimmy Bruno came to prominence as a jazz musician in the 1990s, after a successful twenty-year career as a sought-after commercial guitarist and session musician. After a whirlwind round-the-world tour as the youngest member of the Buddy Rich Orchestra, he went on to play guitar in orchestras for Frank Sinatra, Anthony Newley, Doc Severinsen, Lena Horne, and many more music icons. Additionally, he spent many years as an LA session musician working with Tommy Tedesco. But his first love was always jazz, and by the time he was in his mid-thirties, he was ready to come out of the background and into the spotlight. The first step was moving back East.

Jimmy has been invited to play at many major music festivals, including the JVC, Berks, Vail, and Concord Jazz Festivals, among many others. Additionally, he has collaborated with legendary and highly regarded musicians such as Joe Beck, Bobby Watson, Jack Wilkins, Tal Farlow (at Farlow’s 75th Birthday Concert), Howard Alden, Christian McBride, Kurt Elling and many more. Jimmy was also one of an invited group of 30 guitarists chosen to play at a tribute concert for Barney Kessel and was given the honor of opening the tribute (with Howard Alden). He also has participated in tributes to jazz giants Herb Ellis and Johnny Smith.