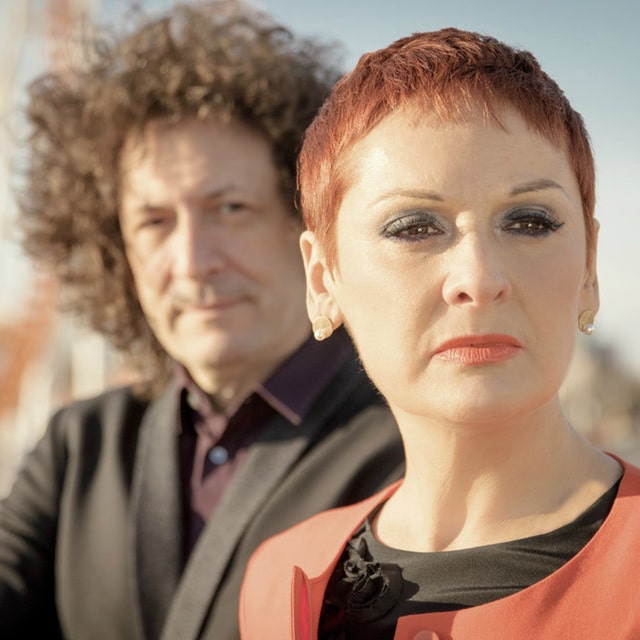 Singer Mafalda Minnozzi and guitarist Paul Ricci have broken musical ground in Brazil and Italy with a long running collaboration that has resulted in her notable solo career. Over time the freedom of their musical empathy overshadowed the usual larger band format resulting in a duo with its own unique language derived from both their Jazz and European upbringings and their extensive touring. Collectively they have recorded or performed with Milton Nascimento, Leny Andrade, Astrud Gilberto, Harold Vick, Sonny Fortune, Manolo Badrena, Guinga, Bebel Gilberto, Toquinho, Hugo Fattoruso, Bobby Sanabria, Dom Um Romao, André Mehmari, Roy Haynes, Harry Belafonte, Mike Clark and so many others.

Since forming the “eMPathia Jazz Duo” they have recorded 3 studio CDs, a vast library of online videos and have performed at major Jazz festivals in Europe and Latin America to critical acclaim and standing ovations from enthusiastic crowds. From the American Cole Porter, the Brazilian Jobim, from the french Piaf and Django to the Italian Morricone they integrate a command of so many styles that they not only have studied, but have also lived. Ricci’s experience mixing both Bossa and blues with jazz in a unique fingerpicking style led Gene Bertoncini to say ” from a guitarists’ point of view I`m amazed at the stuff he does harmonically and linearly all by himself” and NY Times Jazz critic John S. Wilson to write ” …guitarist Paul Ricci established a fresh basis for Lover Man with a fascinating unaccompanied guitar solo…”

Mafalda’s style is defined by her charismatic stage presence, vocal range and versatile timbral palette that blurs the line between singer and improviser earning her a prestigious “Targa Tenco” nomination by the Italian press and a top 10 vote in the vocalist category of Italy’s prestigious JAZZIT awards.

The result is a truly unique experience that leaves audiences both surprised and emotionally moved. They have performed overseas with noted special guests and in that spirit, their NY appearances have included friends such as pianists Helio Alves (Jazz Forum) and Art Hirahara (Birdland, Mezzrow’s and 2017 and 2018 Italian tours) and percussionist Rogerio Boccato (NYU and Jazz Forum) among others.