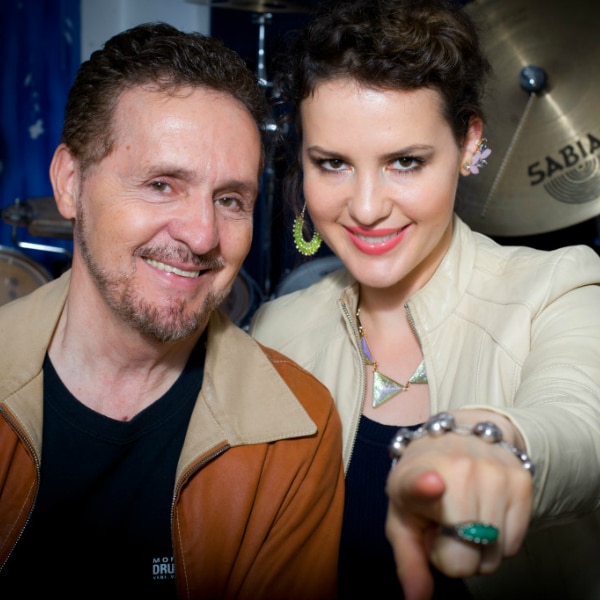 Desiring to have the freedom element in their art, they refuse to be labelled by being opened to experiment with the fusion of Be-Bop lines and Jazz harmonies, mixed with Latin American rhythms from Brazil, Cuba and Colombia.

Their band, The Manhattan Bridges Orchestra (10 piece) holds a residency doing the First Friday at the club and it has been described by critics as “a powerhouse”!

Drummer/percussionist, Memo Acevedo is the recipient of numerous awards in the music industry as a performer, leader, educator and author. Jacquelene, an upcoming percussion star, has (in a short time career) received a Latin Grammy Award, toured and recorded two CD’s with trumpet stalwart, Jeremy Pelt and currently touring with Nicholas Payton, among numerous bands. Together, they hold a monthly residency at New York City’s legendary Jazz/World venue, The Zinc Bar.