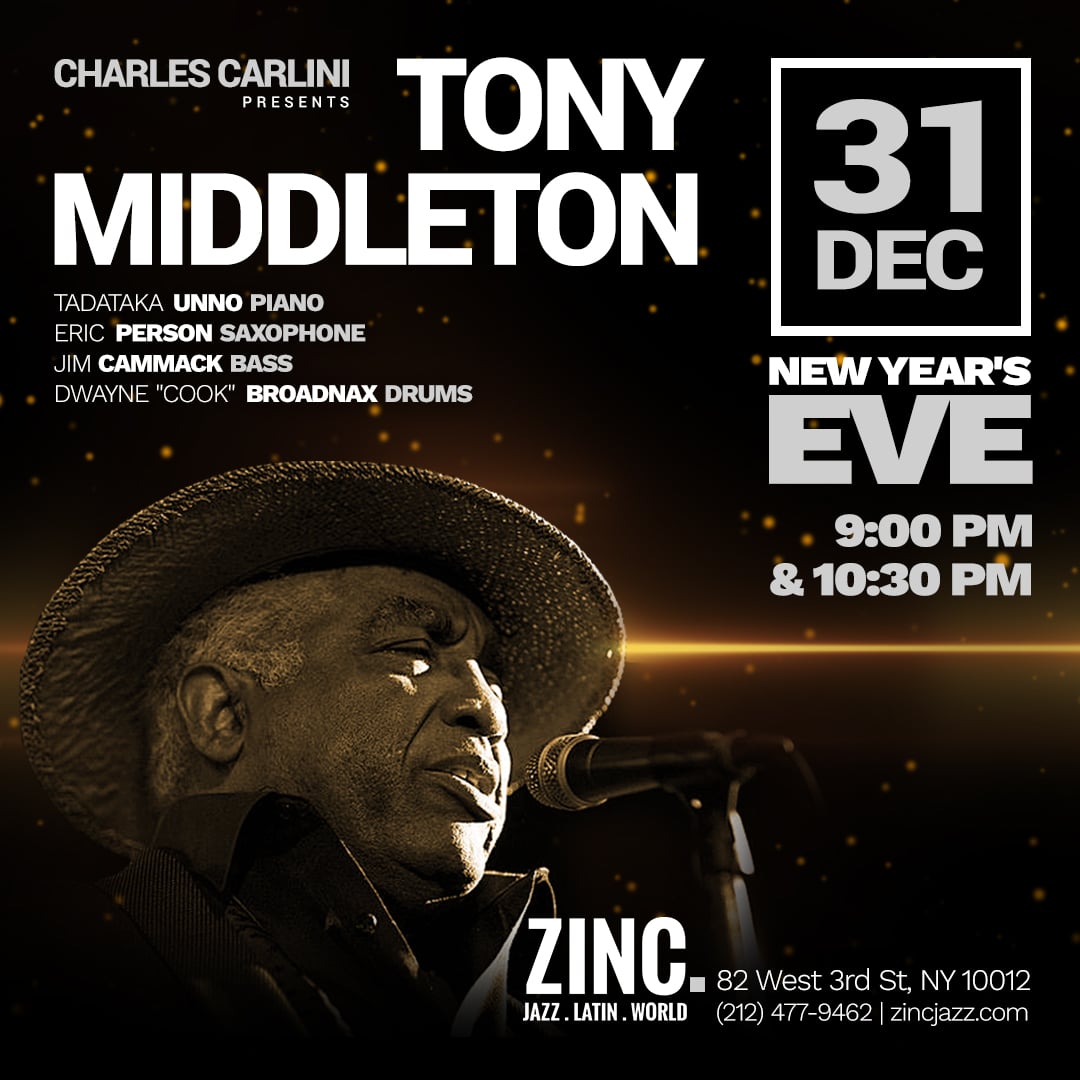 “Middleton is a suave baritone whose unique voice contains the bluesy facility of a Joe Williams and the authority of William Warfield.” —Detroit News

Tony has been aptly described as having a rare ability and a vocal talent unsurpassed. His career has included record recording, Broadway, commercials, television, and the cabaret circuit here and abroad. He lived and performed in Paris and Europe on the jazz circuit for a number of years and gets called back time and again.

Tony started his career as lead singer of the Willows, having composed his hit recording of “Church Bells May Ring” and is still in demand to sing with the Willows at Doo Wop concerts and has done several PBS Doo Wop shows.

As a soloist, Tony is known by world-class performers. Tony has performed with and the music of Burt Bacharach, whose recording “Don’t Ever Leave Me” received a Grammy Award nomination. He has performed for Quincy Jones and Cy Coleman with their music. Having appeared at the Apollo along with Smokey Robinson and the Miracles, Big Mabel and Slappy White, he has also sung with Sissy Houston, Nell Carter, and Della Reese.

Tony was the lead in “Cabin in the Sky” and one of the featured singers in the Broadway show “Purlie”. He performed in concert at the City Center with the Alvin Ailey Dancers in which he sang the “Mary Lou William’s Mass”, and was one of the headliners at Lincoln Center at the 55th Birthday Tribute to the late Charlie Parker.

*Admission/entrance to the bar is only available on a first come, first served basis, the night of the concert. Advance reservations or ticket sales are not accepted. Seating can only be guaranteed at the tables. For shows where table seating is sold out, table seats occasionally become available close to showtime.