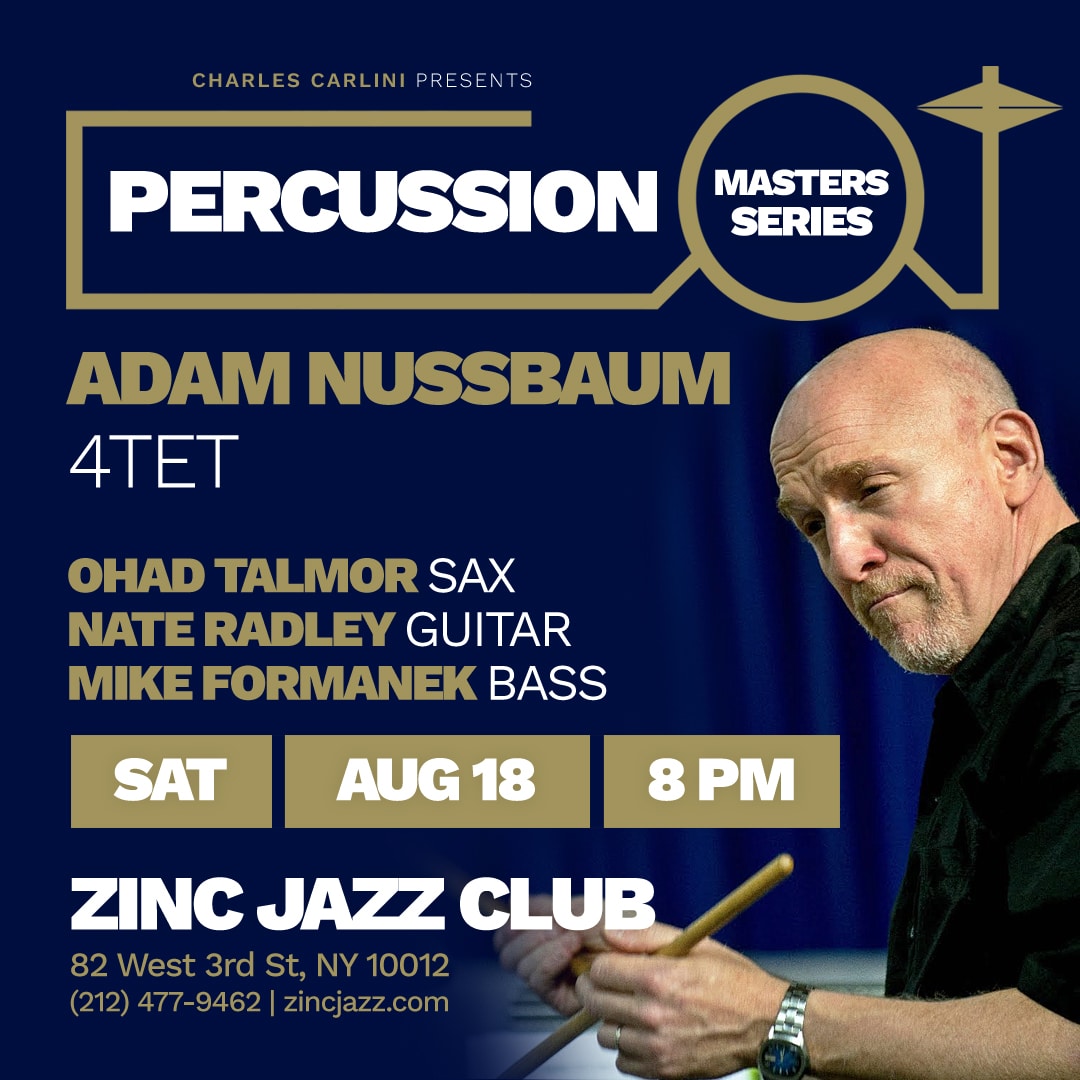 “When it comes to drumming, Adam Nussbaum is the real deal.”
—Times Herald-Record

He’s been on hundreds of recordings, including the Grammy-winning “Don’t Try This At Home” recorded with Michael Brecker.