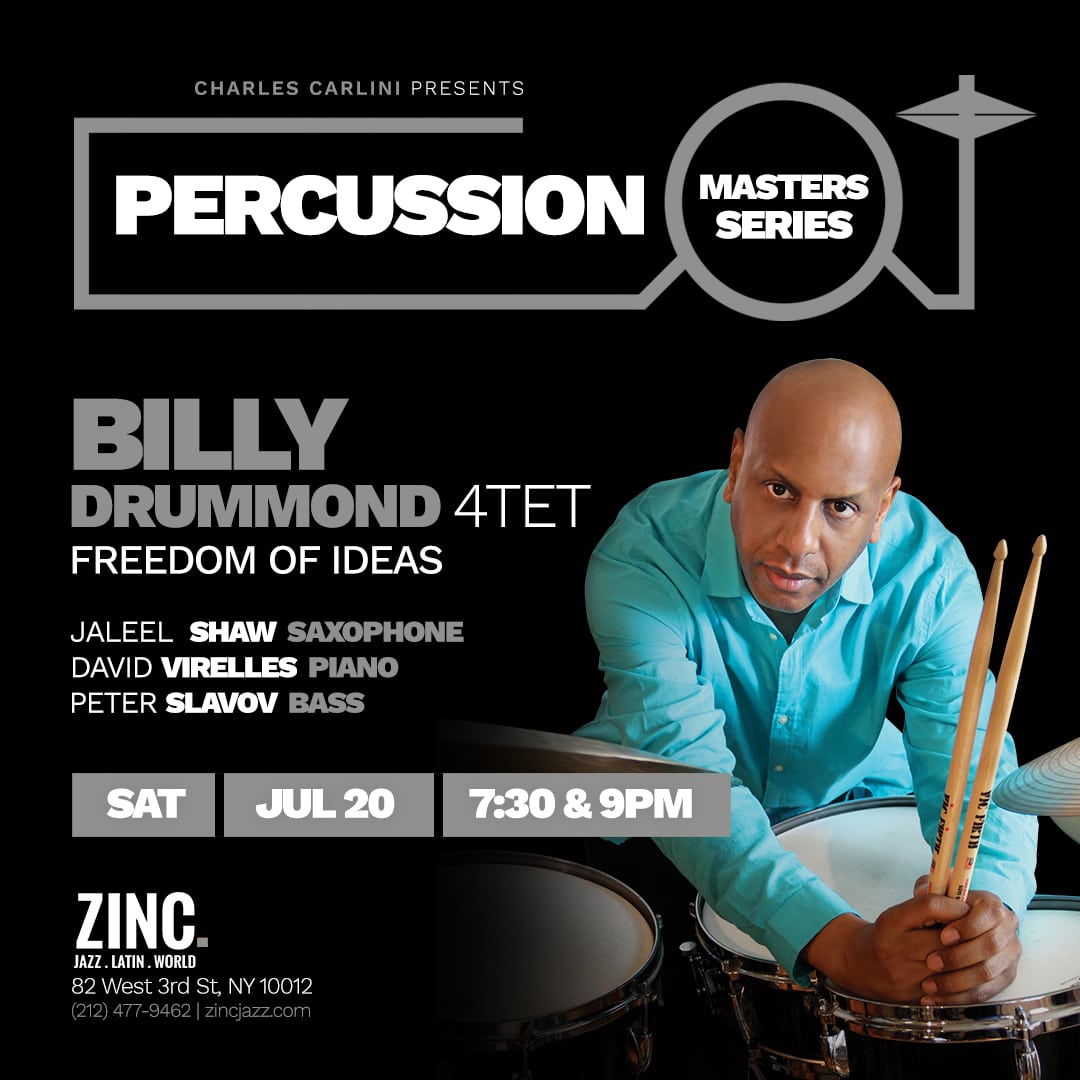 “one of the hippest bandleaders now at work.“
– Downbeat

Bandleader, educator, composer, and much-in-demand sideman, Billy Drummond cut his teeth apprenticing with jazz greats including Horace Silver, Joe Henderson, Bobby Hutcherson, and **Sonny Rollins (Billy was also part of the White House tribute to Sonny when he received the National Medal of the Arts in 2011), to become one of today’s most versatile drummers – equally at home in the avant-garde as well as hard-swinging bop realms. His cult-followed album Dubai (with Chris Potter, Walt Weiskopf and Peter Washington), which was picked as the Number 1 Jazz Album of the Year by the New York Times when it was released, was recently dubbed one of the “50 Crucial Jazz Drumming Recordings of the Past 100 Years” by Modern Drummer magazine.

Thrilling, powerful and highly musical, Drummond’s playing, praised by Stanley Crouch as “having the kind of highly refined musical intelligence that Max Roach brought to drumming,” has made him one of the most called for players of his generation, with over 300 sideman albums to his credit. He has also made three as a bandleader, and five as a co-leader, including 2016’s We’ll Be Together Again (Chesky), in Three’s Company – a trio with Javon Jackson and legendary bassist, Ron Carter – which made many of the year’s Top Ten lists. Acclaimed by Downbeat as “one of the hippest bandleaders now at work,” Drummond is looking forward to recording with his New York band, Freedom of Ideas.