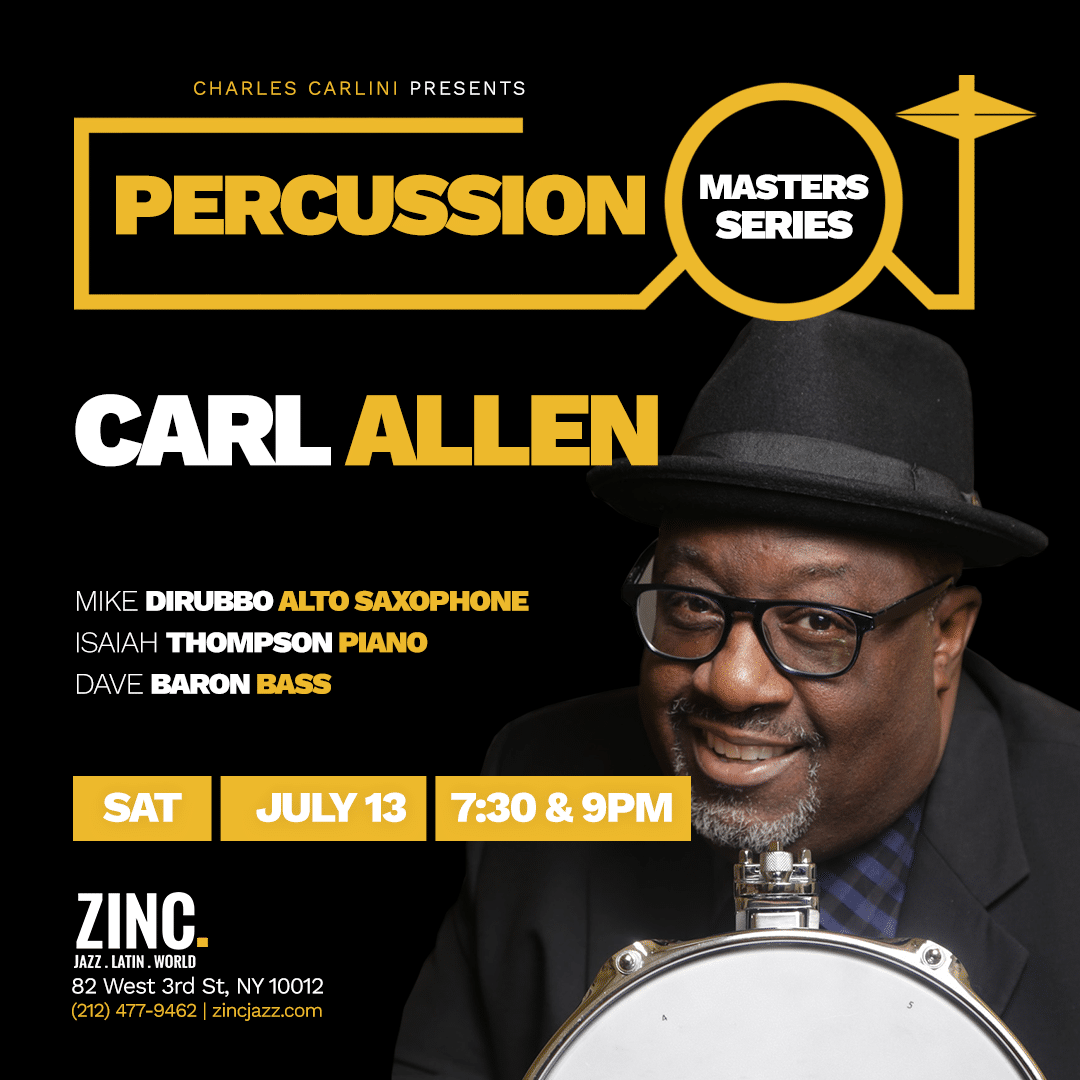 “Carl Allen is an international powerhouse. His sound and feeings have fuled the bands of Freddie Hubbard, Christian McBride and countless others as well leading his own projects.“
– Joe Lovano

Born on April 25, 1961, Allen grew up on gospel, R&B, and funk, but later turned to jazz after hearing an LP by the legendary saxophonist Benny Carter. He studied with drum instructor Roy Sneider and band director Robert Siemele. His first hometown gigs were with sax greats Sonny Stitt and James Moody. Allen studied at The University of Wisconsin at Green Bay from 1979 to 1981 and transferred to William Patterson College in New Jersey, where he graduated in 1983 with a Bachelor’s Degree in Jazz Studies and Performance.