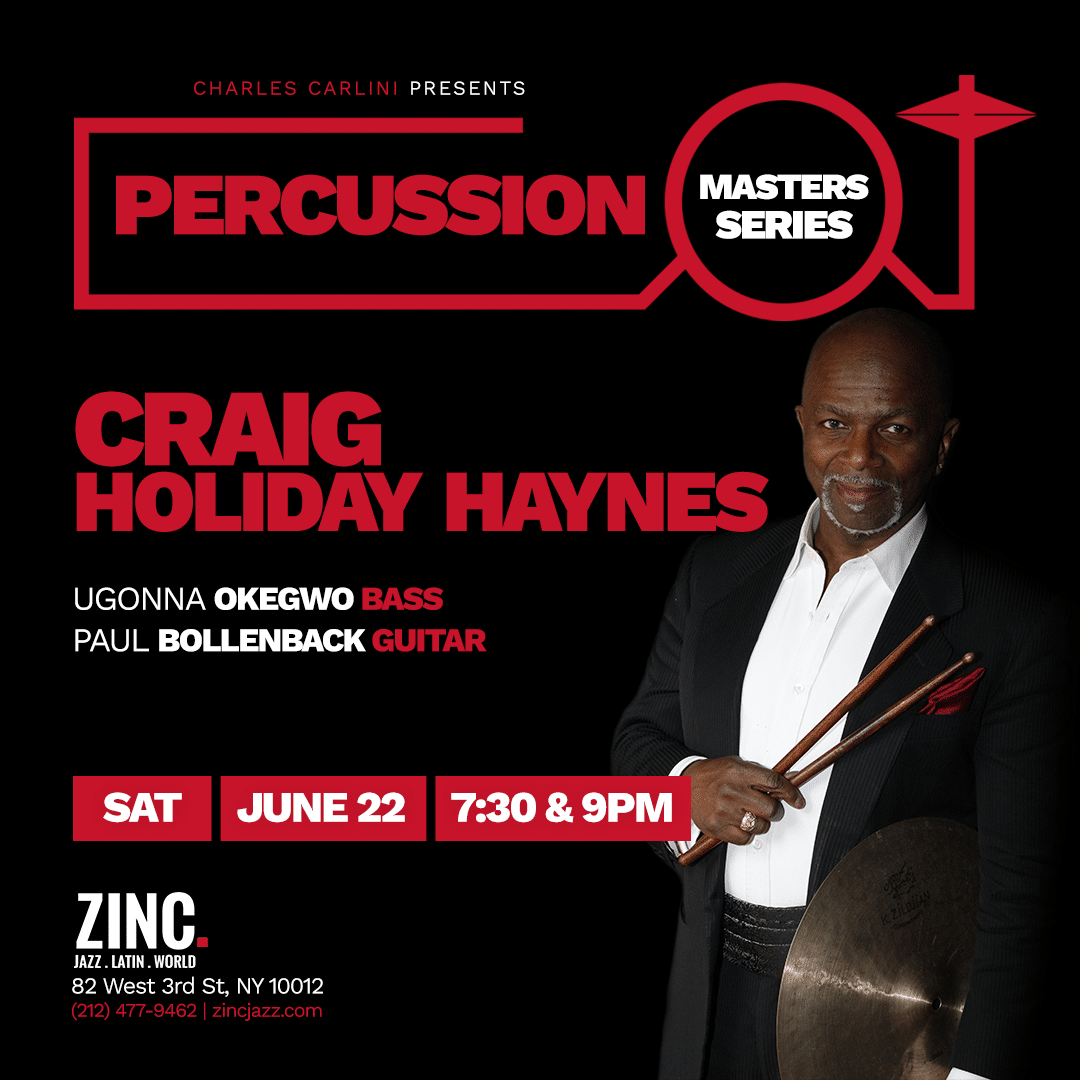 Craig Holiday Haynes, (named after Billie Holiday)  is quite blessed to be able to do what he loves most and that is to “make good music”, travel, and meet great people. His travels have enabled him to learn different cultures and be appreciated by people all over the world, while as he says making it a “groovier place”.

He started out his professional career playing tenor saxophone, at the age of 14 in and around NYC, when he played with the Fabulous Uniques and recording an R&B hit and backing up people like Brooke Benton (A Rainy Night in Georgia) and The Toys (Lovers Concerto). Craig later studied African percussion with Chief Bey and went on to study more. On his 20th birthday, he switched up, and started playing the drum set seriously and toured with R&B/ Disco artist “Gary Toms Empire”.  He later performed and/or recorded with Sun Ra (turning down an offer to join James Brown because he now wanted to play jazz), He has since played an assortment of great jazz, blues, R&B, and most recently gospel with folks such as Barry Harris, Clifford Jordan, Freddie Hubbard, Gloria Lynne, Lionel Hampton, Tony Bennett, The Boys Choir of Harlem, The Allman Brothers Band, Leslie West, Geri Allen, Marcus Miller, Gladys Knight, Eddie Palmeri, actor Danny Glover (to name a few) and many, many others!