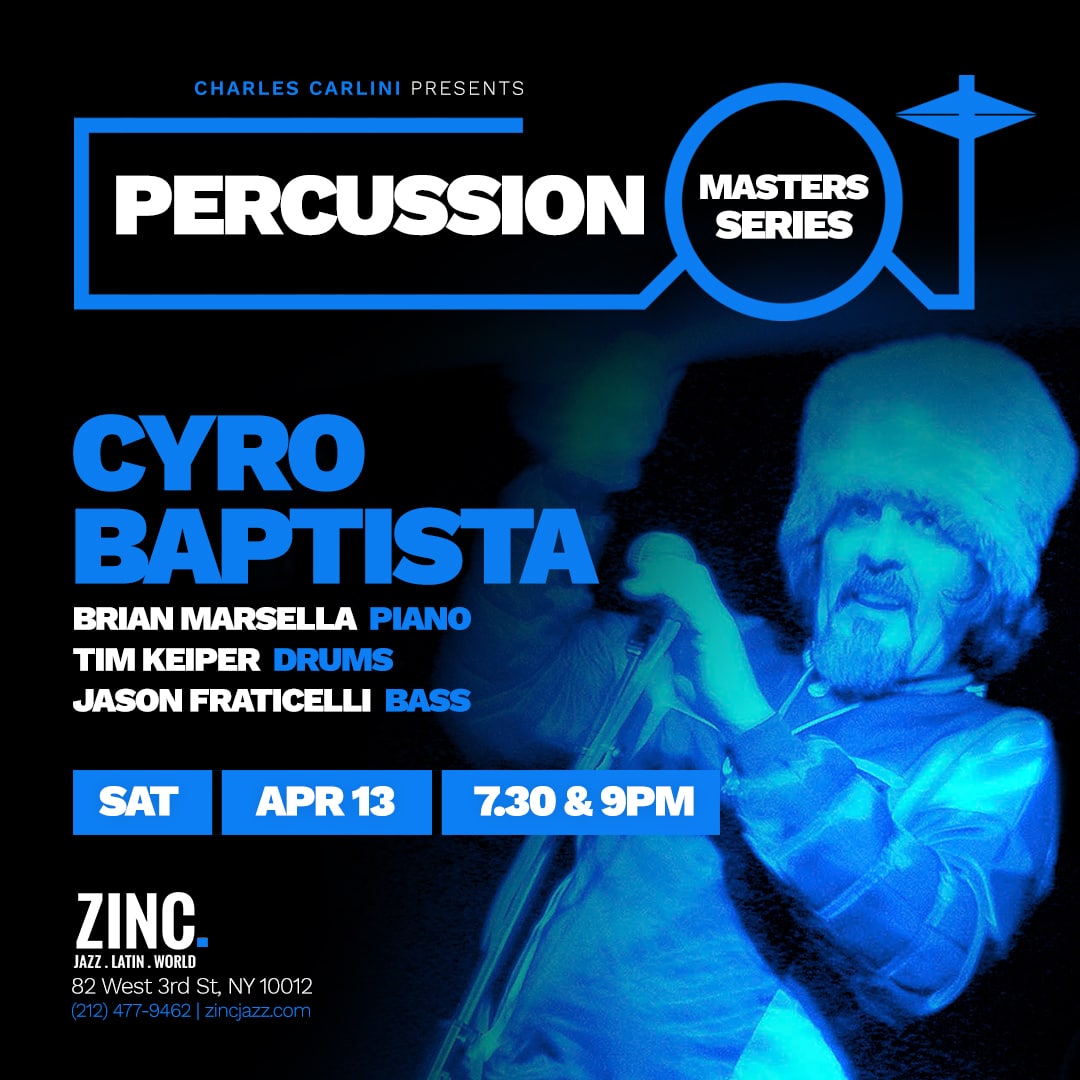 Brazilian performer and bandleader Cyro Baptista has emerged as one of the premier percussionists on the planet, bringing his unique charm and undeniable rhythmic drive to countless stages, performing on numerous Grammy Award-winning recordings, and collaborating with myriad luminaries such as Paul Simon, Herbie Hancock, John Zorn, Laurie Anderson, Yo-Yo Ma, Caetano Veloso, and many others. Described by Thom Jurek of All Music as “simply one of the most limitless musicians we have,” Baptista’s many honors include DownBeat Critics Poll Percussionist of the Year in 2013 and 2011, Jazz Journalists Association Percussionist of the Year in 2010 and 2007, Drum Magazine Percussionist of the Year in 2004 and 2003, and US Artists Walker Fellow in 2009/10. Donald Edward’s is a 2018 recipient of the Chamber Music America’s New Jazz Works Grant, A Doris Duke Charitable Foundation Jazz Project.