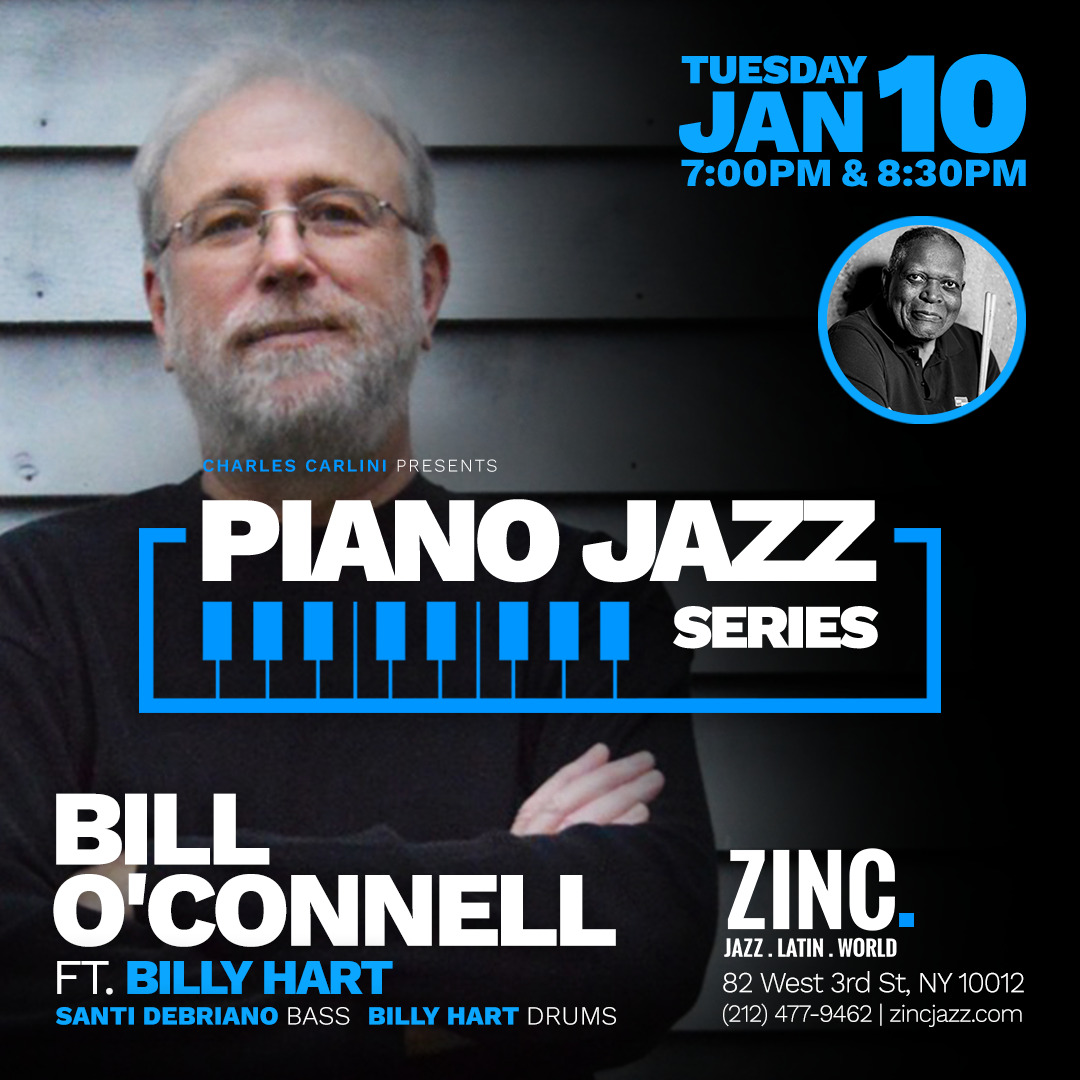 “Pianist Bill O’Connell has long been valued for his blazing Latin chops, enlivening bands lead by flutist Dave Valentin and legendary conguero Mongo Santamaria as a sideman and delivering his own burning leader dates on a variety of respected imprints in recent times.”

After a 40-year-long career that has seen him excel as a leader, soloist, arranger, musical director, and accompanist for some of the most celebrated names in jazz and Latin music, Bill O’Connell can lay claim to a track record of challenging and artistic-diverse triumphs that few of his peers can match. As a recording artist, his 13 dates as a leader have drawn universal critical acclaim while his talents as a pianist and arranger have been tapped by a diverse range of noted soloists to elevate their sessions. Today, as both a respected educator and leader of The Latin Jazz All-Stars, O’Connell’s professional life brims with new opportunities to express and fulfill his singular music vision.

Although he quickly established himself as an in-demand keyboardist and arranger on New York City’s vibrant Latin music circuit, O’Connell didn’t forsake his passion for straight-ahead jazz and chalked up engagements with such hallowed improvisers as Sonny Rollins, Chet Baker, Gato Barbieri and Emily Remler. With the late bassist Charles Fambrough, he enjoyed a long working relationship that produced four recordings, including two high-profile projects for the famed CTI label, The Charmer (1992) and Blues at Bradley’s (1993). The pianist displayed his versatility by way of accompanist roles for several leading jazz vocalists, resulting in four albums with Jon Lucien, two with Janet Lawson, one with Nnenna Freelon, and performances backing Kenny Rankin. Gigging with storied bossa nova singer Astrud Gilberto produced a deep understanding of Brazilian music idioms that he often appropriates for his arrangements. All the while, O’Connell continued to polish his Latin chops, performing with such idiom luminaries as trumpeter Jerry González’s Fort Apache Band and trombonist Papo Vázquez.