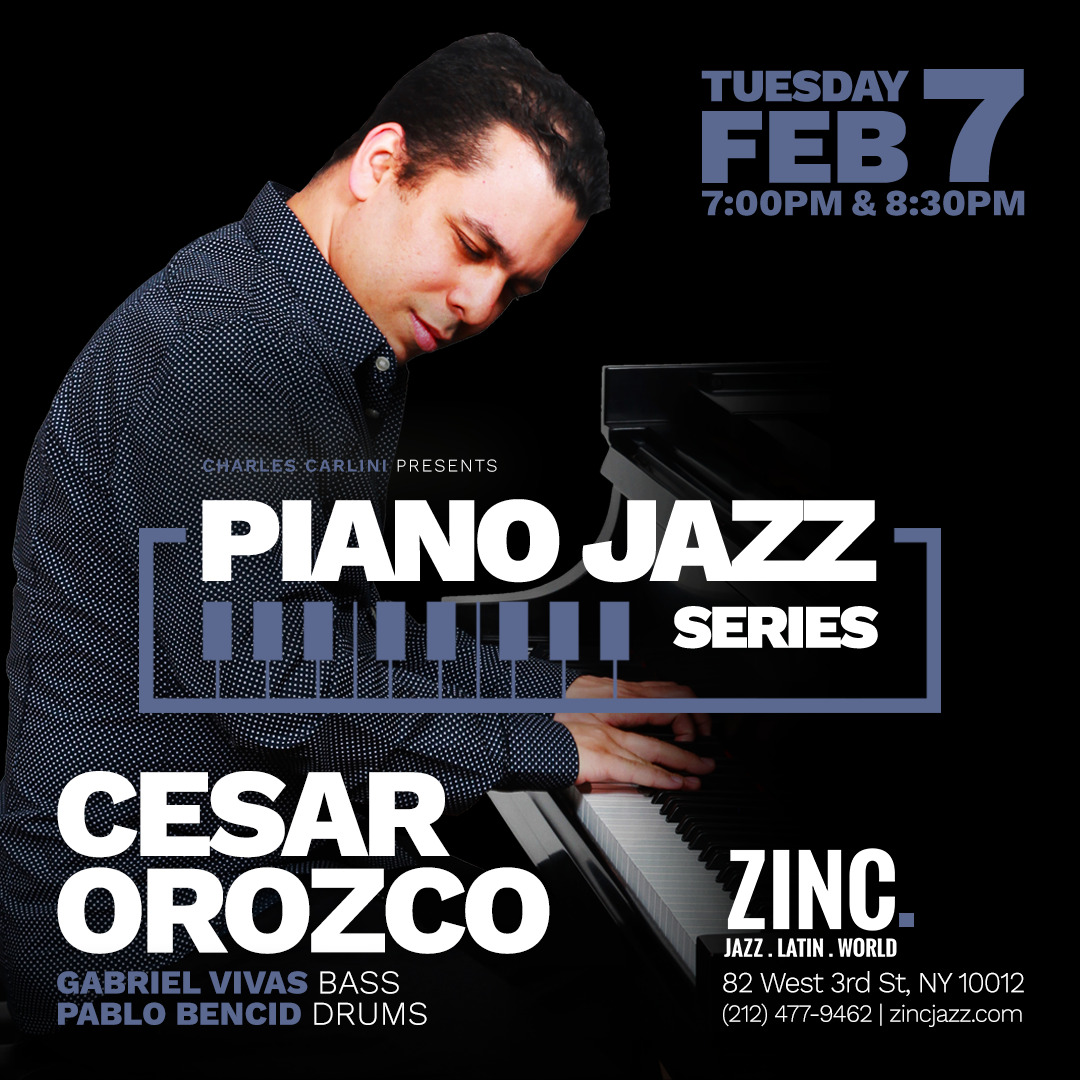 “César Orozco manages to make the best combination between Cuban, Jazz and Venezuelan music I ever heard.”
—Paquito D’ Rivera

Pianist Cesar Orozco brings his trio to Zinc on Tuesday, February 7 for a night of Cuban and Venezuelan-infused jazz. Joining Orozco on stage are bassist Gabriel Vivas and drummer Pablo Bencid.

Orozco is a multi-talented musician hailing from Cuba and Venezuela, known for his skills as a pianist, violinist, composer, arranger, producer, and educator. He moved to the United States in 2012 after receiving a full scholarship to study at The Peabody Institute of Johns Hopkins University, where he earned a Graduate Performance Diploma in Jazz Piano. In addition to his training in jazz, Orozco holds a degree in Violin Performance and Ensemble Conducting from the National School of Arts in Havana. Since settling in the US, he has become a highly sought-after pianist in both jazz and Latin-American music, collaborating with numerous notable artists such as Paquito D’Rivera, Pedrito Martinez, and Giovanni Hidalgo. He has also developed a unique style blending Venezuelan and Cuban traditional music with jazz through his project Kamarata Jazz. Orozco has performed at prestigious venues around the world, including the Kennedy Center in Washington D.C., the Bird’s Basement Jazz Club in Melbourne, and the Bimhuis Jazz Club in Amsterdam.

Showtimes are at 7:00 pm & 8:30 pm. Tickets are available in advance for $30 or can be purchased on the day of the show for $35. For more information, please visit http://zincjazzcom.