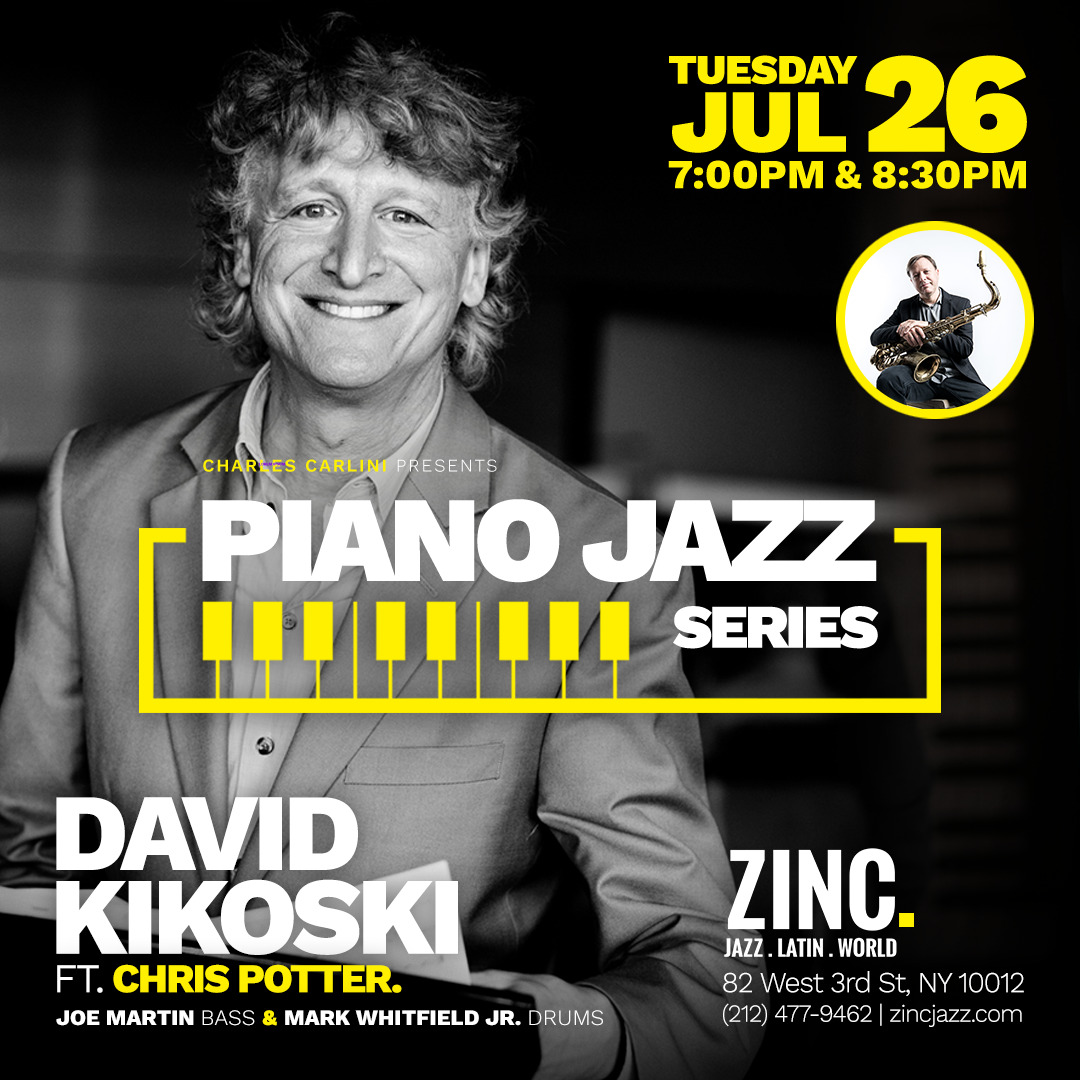 “The emergence of Chris Potter as one of the most dynamic young players in jazz has been fascinating to behold.” —Chicago Tribune

David Kikoski is one of New York’s busiest pianists. It’s no wonder. Given his swinging, always spontaneous playing, one immediately understands why his bio includes tenures with Roy Haynes, Bob Berg, Pat Metheny, and the Mingus Big Band.

A world-class soloist, accomplished composer, and formidable bandleader, saxophonist Chris Potter has emerged as a leading light of his generation. Down Beat called him “One of the most studied (and copied) saxophonists on the planet” while Jazz Times identified him as “a figure of international renown.” Jazz sax elder statesman Dave Liebman called him simply, “one of the best musicians around,” a sentiment shared by the readers of Down Beat in voting him second only to tenor sax great Sonny Rollins in the magazine’s 2008 Readers Poll. He has performed or recorded with many of the leading names in jazz, such as Herbie Hancock, Dave Holland, John Scofield, the Mingus Big Band, Jim Hall, Paul Motian, Dave Douglas, Ray Brown, and many others.