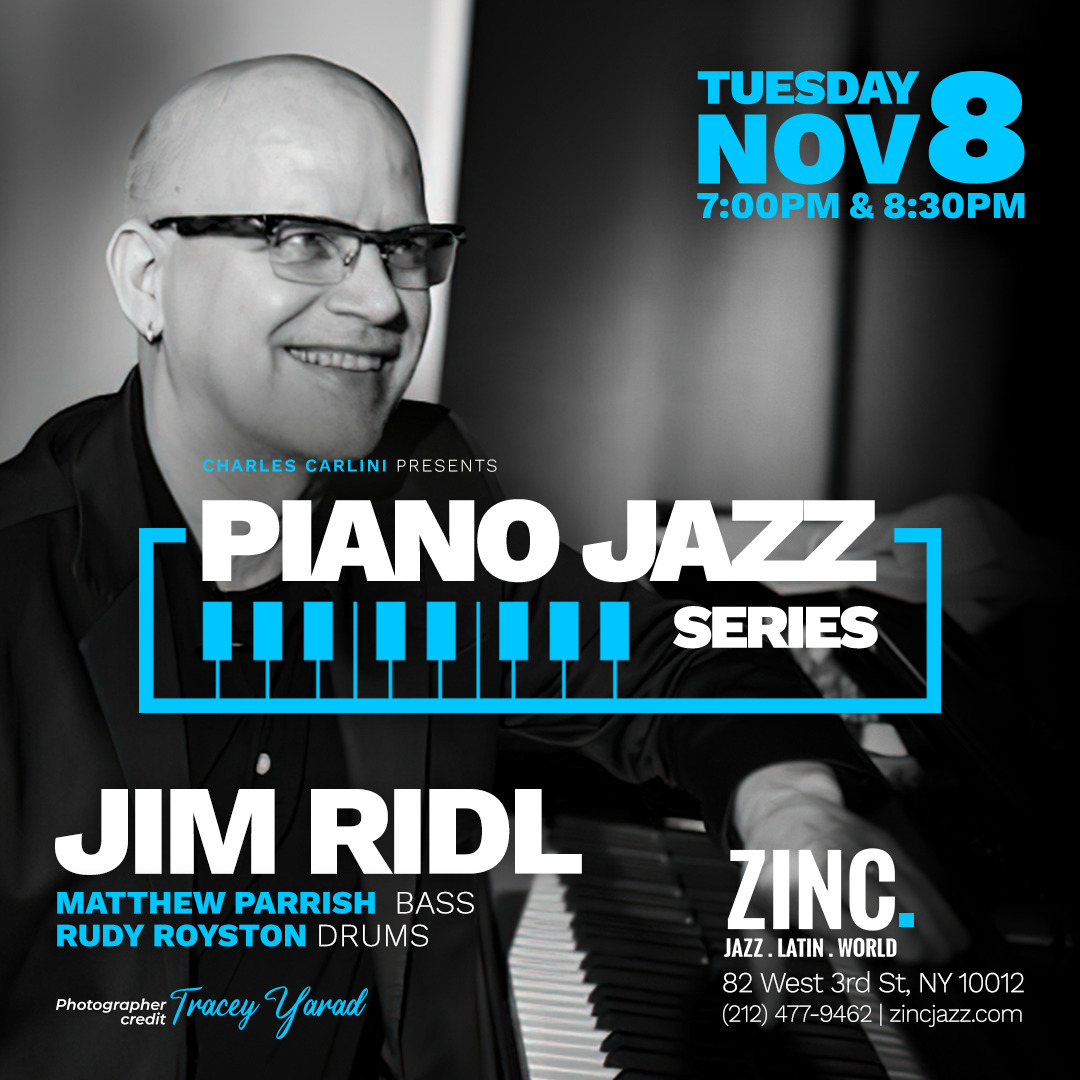 “A veteran pianist who also spent considerable time in the trenches and is now a respected musician’s musician.”

Jim Ridl is in high demand as a New York City jazz pianist, composer, teacher, and bandleader. His ongoing residency at the internationally known jazz club, The 55 Bar, is in its fifth year, where he and his quartet perform his original compositions monthly. Jim performs worldwide with a variety of jazz artists, including The Joe Locke Quartet, The Dave Liebman Big Band, The Paul Jost Quartet, and the Mingus Big Band. He has toured with the US State Department American Music Abroad program (’12 and ’15), performing in Russia, South Korea, China, the Philippines, Moldova, Azerbaijan, Slovenia, and Malta. As a composer and leader, Jim has released 7 recordings, the latest titled Door in a Field, Volume 2. Jim was a Princeton University Visiting Artist for three separate semesters (’12, ’14, ’16), coaching jazz ensembles in repertoire and performance. Jim continues as an adjunct educator in Jazz Piano Studies at The City College of New York and the New York Jazz Workshop in Manhattan. From 1994 to 2004, Jim performed with jazz guitar legend Pat Martino, receiving critically acclaimed reviews of performances around the world, and producing four outstanding recordings: Interchange, Night Wings, The Maker and Nexus. Jim was raised on a farm and ranch in North Dakota and discovered his love for piano and jazz at an early age. He attended the University of Colorado at Denver, where he earned his Bachelor’s Degree in Scoring and Arranging, and was awarded its Student Achievement Award for composing “Ocean Sojourn,” an orchestral tone poem, performed with the Denver Symphony Orchestra, James Setapen conducting.