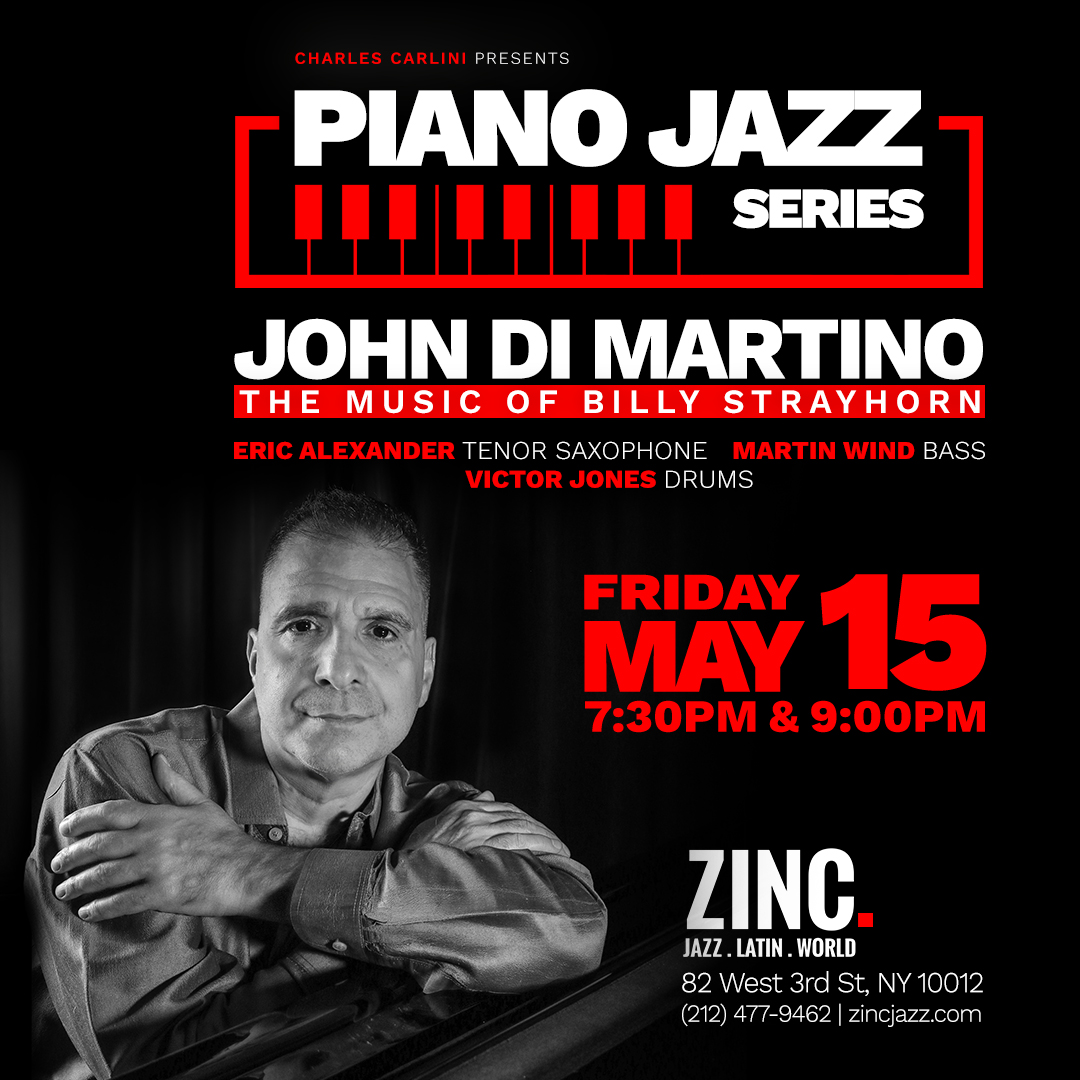 “John di Martino’s middle name should be ‘taste’, for he conveys that quality in both solo and supportive roles, in jazz as well as Latin music.” —Ray Barretto

John di Martino has been described by Paul Pines as a musical “shape shifter”, inhabiting three different worlds. As a straight-ahead jazz pianist, he has performed and recorded with such notables as Kenny Burrell, Pat Martino, James Moody, and Eddie Gomez. Mr. di Martino is a sought after musical director and has accompanied Jon Hendricks, Diane Schuur, and the late Billy Eckstine.

He is active as on the world beat scene working with Paquito D’Rivera, South African bassist Bakithi Kumalo and Giovanni Hidalgo. John’s talent as an arranger and keyboardist can be heard on the new release from Grady Tate “All Love” on the Sony label. Mr. di Martino continues to enjoy a long association with percussionist/musicologist Bobby Sanabria. Their joint efforts include the Grammy-nominated CD, “Live And In Clave” on the Arabesque label, three instructional videos on Warner Bros. and numerous educational clinics and seminars. John is a long-time member of Ray Barretto’s “New World Spirit”, he is featured pianist/arranger on several recordings including the Grammy-nominated CD “Contact”. Mr. di Martino has also recorded with Freddie Cole and legendary percussionist Patato Valdez. John is featured in the March/April 2001 issue of Piano Keyboard Magazine.

As a teenager in his native Philadelphia, he was found most nights in Philly’s local jazz clubs where he still returns to work with veteran musician Mickey Roker. Since his student days with Lennie Tristano and Don Sebesky, John has performed everywhere from Carnegie Hall to The Peoples Republic of China.