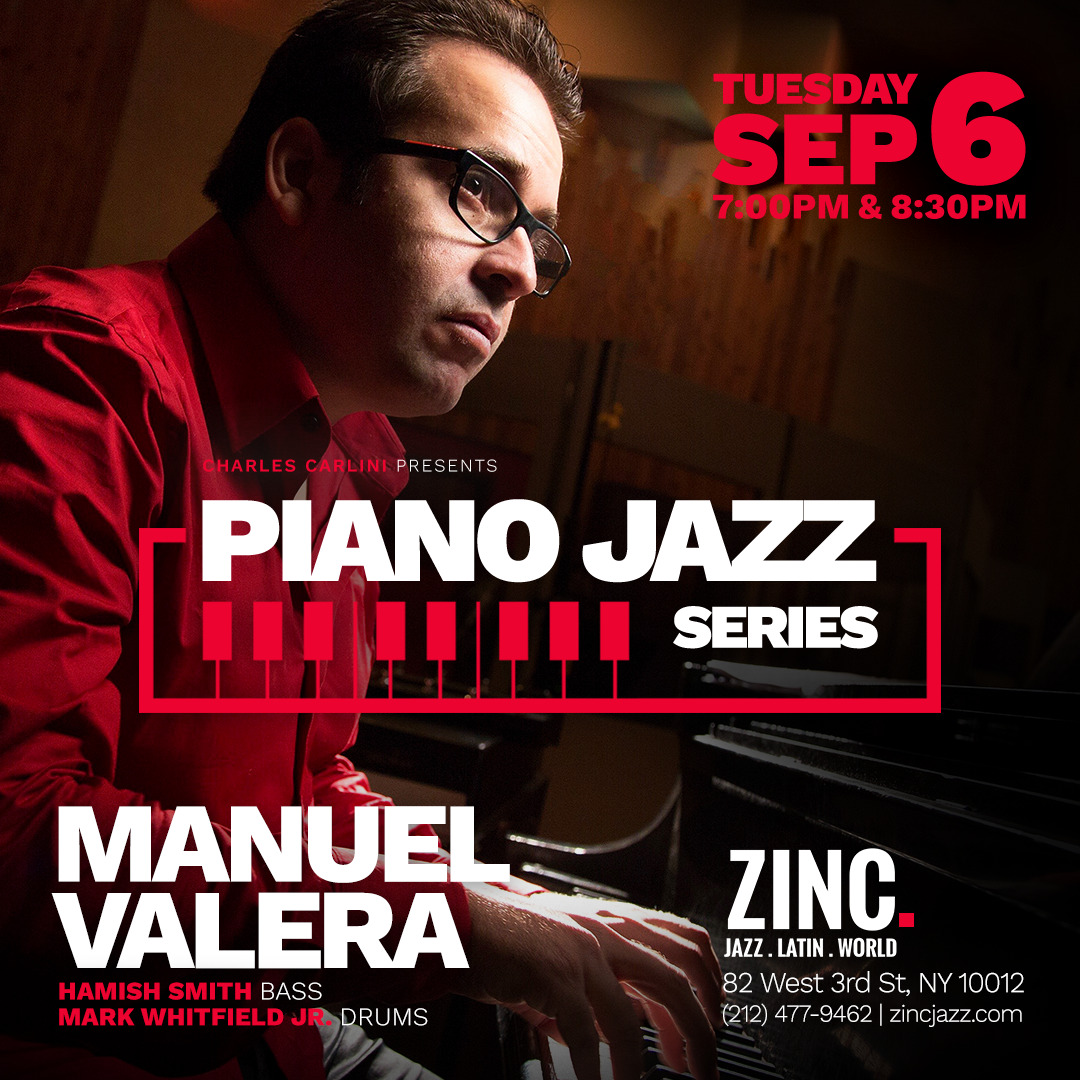 “Mr. Valera is often relentless and blistering at the keyboard, but a shape-shifting melodicism is embedded in everything he plays.” —The New York Times

Based in New York City, Grammy-nominated artist, pianist, and composer Manuel Valera was born and raised in Havana, Cuba. Since arriving in NYC, he has become well known in the NYC modern jazz scene, garnering national reviews and lending his talents as a pianist and composer to such notable artists as Arturo Sandoval, Paquito D’Rivera, Brian Lynch, Dafnis Prieto, Jeff “Tain” Watts, John Benitez, Samuel Torres, Joel Frahm, Yosvany Terry among many others.

Valera is also the leader of his working band Manuel Valera and the New Cuban Express, a project deeply influenced by the experiments of Cuban artists from the 70s and 80s. While inspired by artists Irakere, Emiliano Salvador, and AfroCuba, this touring band creates a unique and distinctive style that mixes elements of Jazz, R&B, fusion, and funk with Cuban music styles. Expectativas (MAVO 2013) is the follow-up and seventh recording as a leader to his 2013 Grammy-nominated New Cuban Express (MAVO 2012) which was up for Best Latin Jazz Album of the Year.

In addition, he has been awarded several grants for composition, most notably Chamber Music America’s New Jazz Works and the ASCAP Young Jazz Composer Award. Manuel has traveled the world performing in over 30 countries at some of the biggest international venues and festivals.